Cassava and Climate Change: Boosting the IQ of a Naturally Climate-Smart Crop 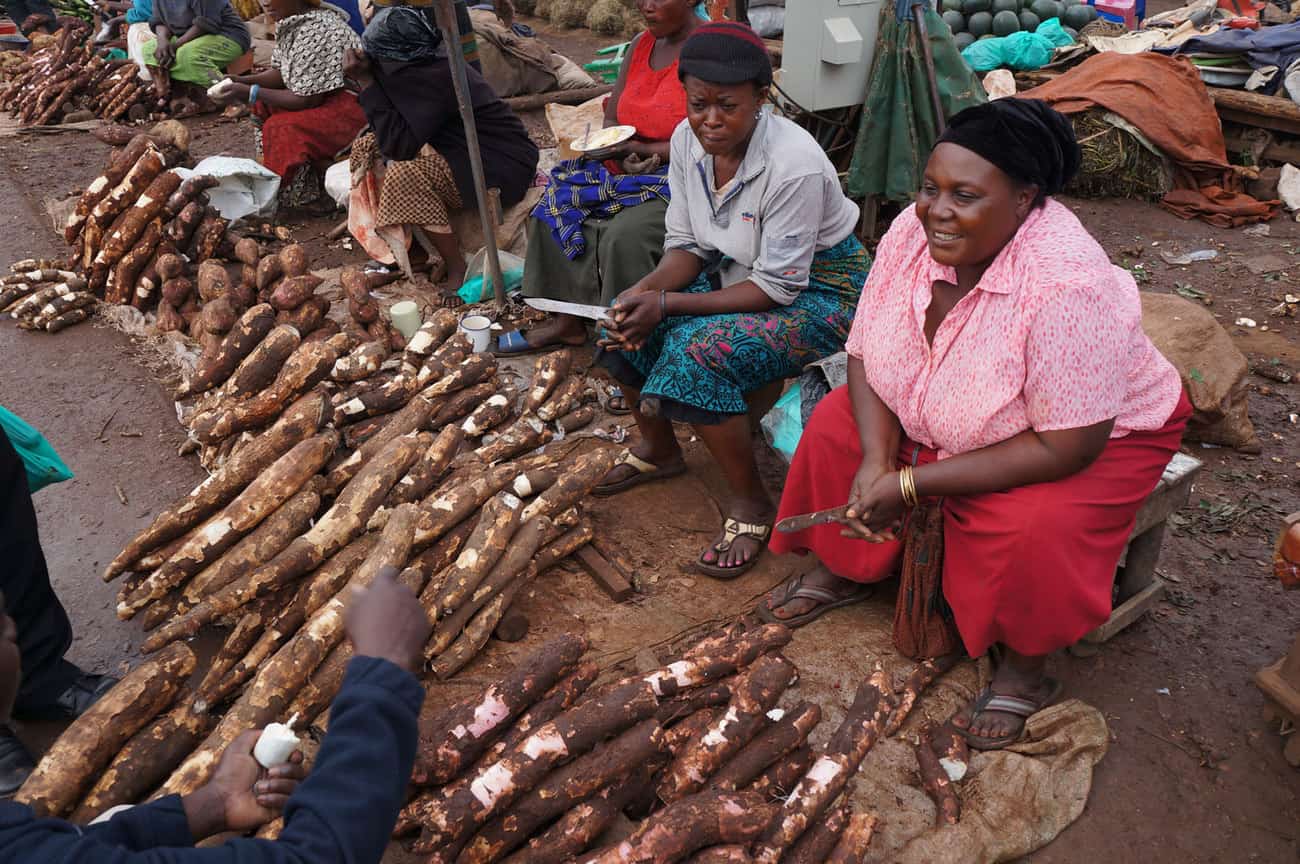 Cassava is hardy root crop consumed by millions of people across Africa—but largely ignored by commercial seed companies. That’s because it is basically a niche crop for the rest of the world.

In addition to producing multiple food dishes, cassava has enormous commercial potential in everything from tapioca pudding mixes and beer to biodegradable packaging and pharmaceutical-grade starches.

Cassava has been called a “Rambo root” or “survivor” crop for its capacity to survive conditions that would kill off crops like maize or wheat. Some varieties get even more productive as temperatures rise.  But there are a number of diseases, like cassava mosaic disease and brown streak disease, that can kill or severely damage the crop. And climate change could accelerate their spread.

Still, cassava’s natural toughness could give it a prominent role in helping farmers adapt to climate change, as stressful conditions threaten the viability of more fragile crop types, including maize, Africa’s most important cereal crop.  But like most super heroes, cassava has its vulnerabilities and enemies–and climate change is expected to intensify them all.

Now, the Next Generation or NextGen Cassava Breeding project, a CGIAR partnership between Cornell University and the Nigeria-based International Institute of Tropical Agriculture (IITA), is working to develop the best varieties of cassava the world has ever seen: disease-resistant cassava that is naturally high in Vitamin A, a nutrient vital to developing bodies that’s often missing from diets in low-income countries.

NextGen Cassava: Tapping New Technology to Breed at the Speed of Climate Change

Here are just a few ways scientists at NextGen Cassava are working to boost the intelligence of a clearly climate-smart crop:

African farmers and consumers will be the ultimate beneficiaries of this work. Also, NextGen Cassava is offering a model for others to emulate. It shows how scientists can tap an array of  advanced technologies to generate improved crop varieties that can provide an abundance of nutritious food in a climate-stressed world.

Note: At the September 2019 United Nations Climate Action Summit in New York, a coalition of donors promised to invest more than $650 million in the CGIAR System Organization to help 300 million smallholder farmers in developing countries adapt to the impacts of climate change. A key part of CGIAR’s work on adaptation involves developing a new generation of crop varieties that can withstand climate stress like heat, drought and floods This blog post is about one critically important food crop. Look for new posts soon telling the stories behind our efforts to support a new era of sustainable, resilient food production on smallholder farms in the developing world.