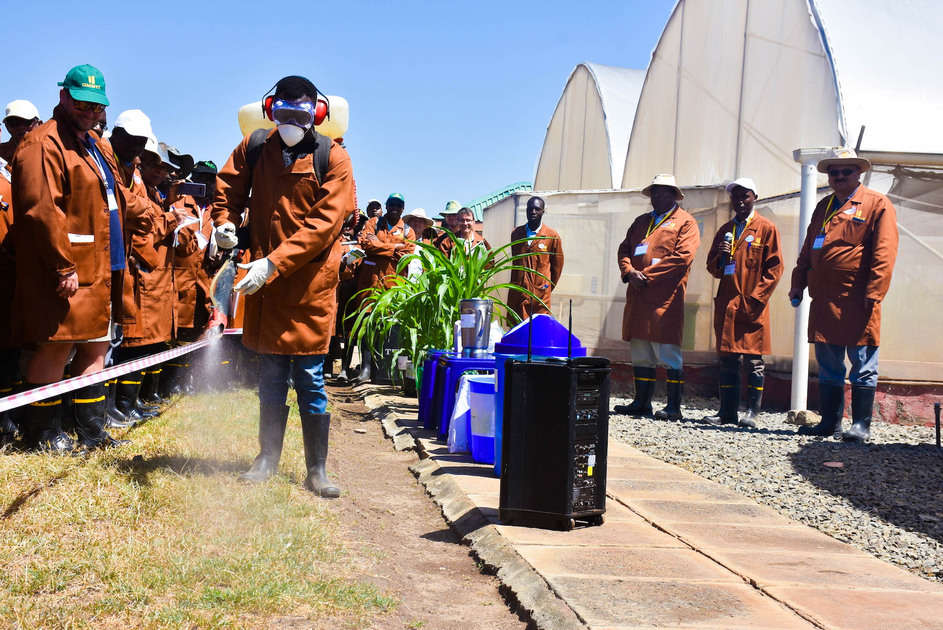 When a maize lethal necrosis (MLN) outbreak happened in Kenya in 2011, scientists knew they needed to act fast. This viral disease, new to Kenya, was decimating maize fields. Within a few years, the viral disease spread rapidly in eastern Africa, through both insect vectors and contaminated seeds. If the virus were to spread into southern or West Africa, it would spell disaster for the smallholder farmers across the continent who depended on maize as a staple crop and for their family’s income and livelihoods.

The International Maize and Wheat Improvement Center (CIMMYT) and its partners immediately took action to impose a strict seed quarantine and restrict the movement of seed between eastern Africa and other regions in Africa. In addition, they worked intensively on developing and disseminating improved maize cultivars with tolerance or resistance to MLN, undertook extensive surveillance efforts, and sensitized partners on the importance of producing and commercializing MLN-free seed.

Due to these efforts, in the last nine years MLN has not been reported in sub-Saharan Africa outside of eastern Africa.

On the occasion of a recent publication on Virus Research about how MLN was contained, we interviewed B.M. Prasanna, director of the Global Maize Program at CIMMYT and the CGIAR Research Program on Maize (MAIZE), to discuss the MLN success story, the global COVID-19 crisis, and the similarities in the challenge to tackle plant and human viral diseases.