Banana hybrids can more than double the yield of best parents 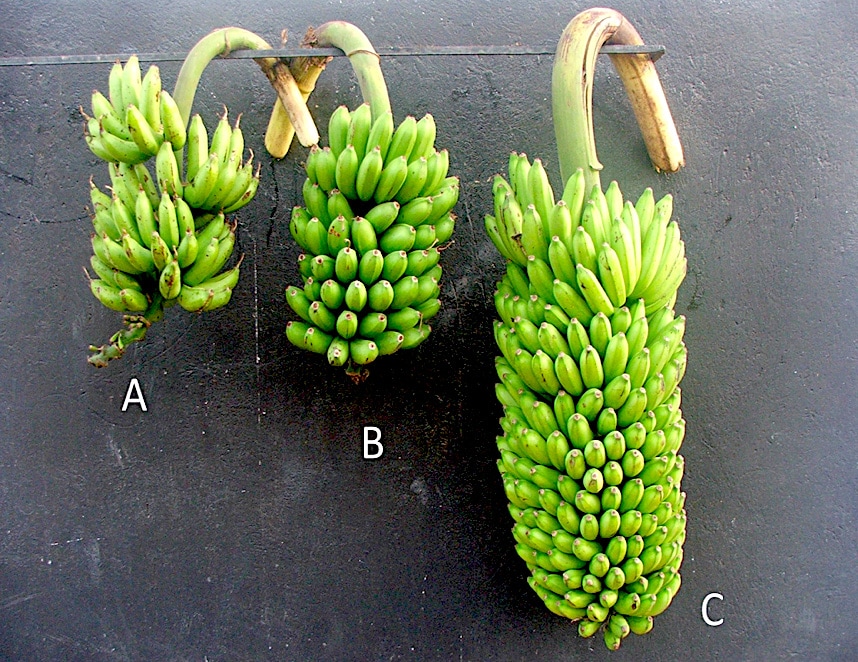 Hybrid crops are expected to have higher edible yields than their parents, but by how much? A team of researchers comparing the performance of the East Africa Highland banana, locally known as ‘Matooke’, found that some hybrids had bunch weights that were up to two and a half times heavier than those of their best performing parents! This significant yield difference is perhaps the highest among the main food crops.

The scientists were studying a phenomenon known as “heterobeltiosis,” defined as the hybrid performance being superior to that of their best performing parent. Scientists wanted to quickly identify parents with the greatest chances of producing offspring with higher bunch weight and stature for the banana breeding programs. The study assessed heterobeltiosis in bunch weight and height of cross-bred ‘Matooke’ hybrids known as NARITAs that were developed by Uganda’s National Agricultural Research Organisation (NARO) and IITA following 18 years of research.