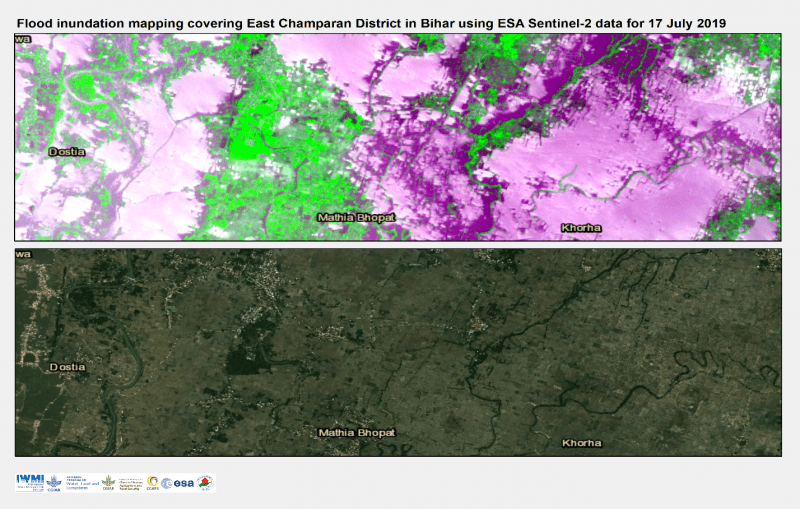 Over 200 people are dead and millions affected due to the recent monsoons across India, Nepal and Bangladesh, causing heavy flooding. The Indian states of Bihar and Assam report the highest number of those affected – over 10 million people.

New satellite maps developed by the International Water Management Institute (IWMI) and the CGIAR Research Program on Water, Land and Ecosystems (WLE), show not only the extent of the inundation but also that crops could be severely damaged in Bihar and other districts, affecting the livelihoods of thousands of farmers.