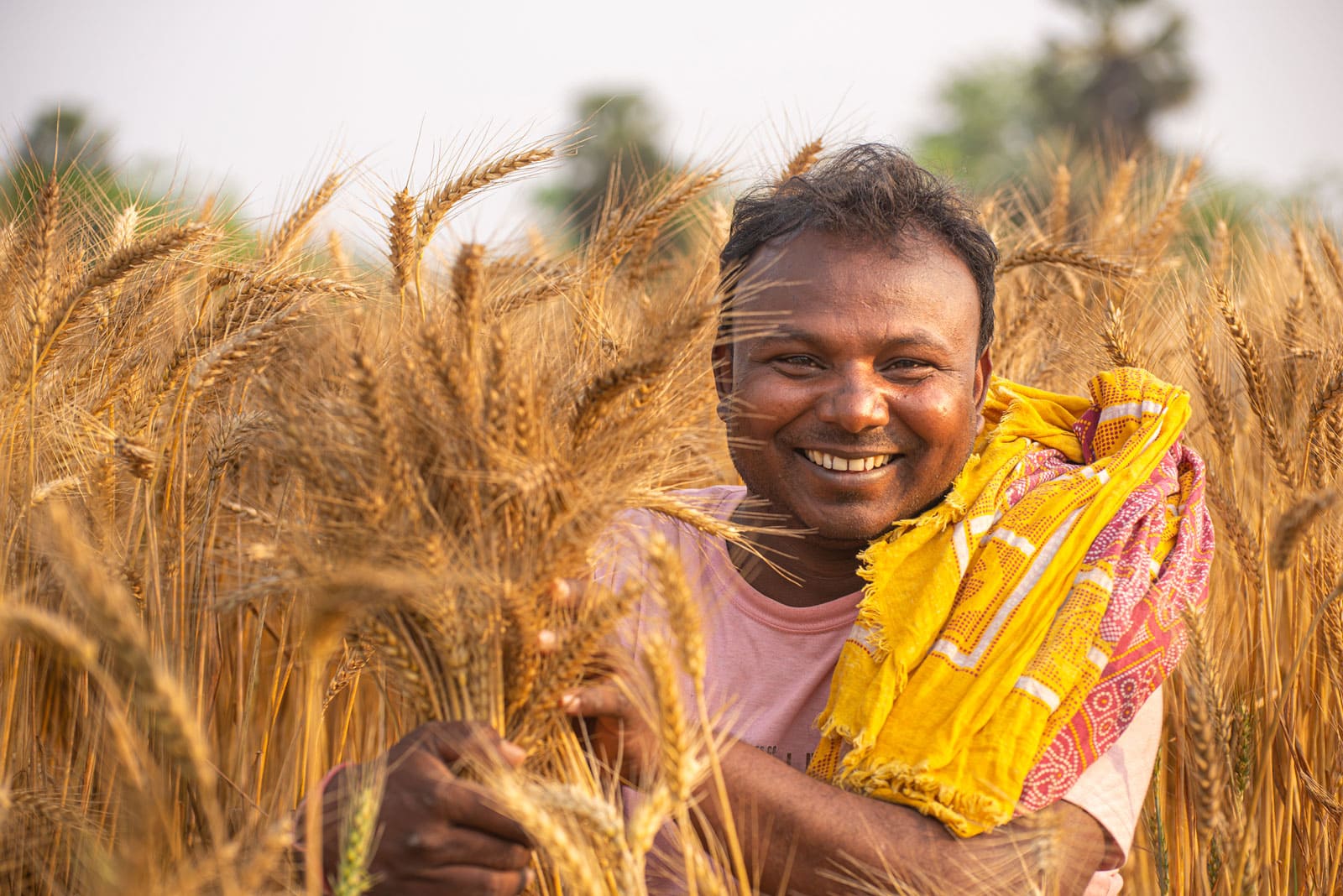 A new economic study in the journal Science shows that thousands of farmers in northern India could increase their profits if they stop burning their rice straw and adopt no-till practices to grow wheat. Alternative farming practices could also cut farmers’ greenhouse gas emissions from on-farm activities by as much as 78% and help lower air pollution in cities like New Delhi.

The new study compares the costs and benefits of 10 distinct land preparation and sowing practices for northern India’s rice-wheat cropping rotations, which are spread across more than 4 million hectares. The direct seeding of wheat into unplowed soil and shredded rice residues was the best option — it raises farmers’ profits through higher yields and savings in labor, fuel, and machinery costs.

The study, conducted by a global team of eminent agriculture and environmental scientists, was led by researchers from The Nature Conservancy, the International Maize and Wheat Improvement Center (CIMMYT), the Indian Council of Agricultural Research (ICAR), the Borlaug Institute for South Asia (BISA) and the University of Minnesota.

To quickly and cheaply clear their fields to sow wheat each year, farmers in northern India burn an estimated 23 million tons of straw from their rice harvests. That enormous mass of straw, if packed into 20-kilogram 38-centimeter-high bales and piled on top of each other, would reach a height of over 430,000 kilometers — about 1.1 times the distance to the moon.

Regulations are in place in India to reduce agricultural fires but burning continues because of implementation challenges and lack of clarity about the profitability of alternate, no-burn farming.

Farmers have alternatives, the study shows. To sow wheat directly without plowing or burning rice straw, farmers need to purchase or rent a tractor-mounted implement known as the “Happy Seeder,” as well as attach straw shedders to their rice harvesters. Leaving straw on the soil as a mulch helps capture and retain moisture and also improves soil quality, according to M.L. Jat, CIMMYT Principal Scientist, cropping systems specialist and a co-author of the study.

The Science study demonstrates that it is possible to reduce air pollution and greenhouse gas emissions in a way that is profitable to farmers and scalable.

The paper shows that Happy Seeder-based systems are on average 10%–20% more profitable than straw burning options.

“Our study dovetails with 2018 policies put in place by the government of India to stop farmers from burning, which includes a US$166 million subsidy to promote mechanization to manage crop residues within fields,” said Priya Shyamsundar, Lead Economist, Global Science, of The Nature Conservancy and first author of the study.

Shyamsundar noted that relatively few Indian farmers currently sow their wheat using the Happy Seeder but manufacturing of the Seeder had increased in recent years. “Less than a quarter of the total subsidy would pay for widespread adoption of the Happy Seeder, if aided by government and NGO support to build farmer awareness and impede burning.”

“With a rising population of 1.6 billion people, South Asia hosts 40% of the world’s poor and malnourished on just 2.4% of its land,” said Jat, who recently received India’s prestigious Rafi Ahmed Kidwai Award for outstanding and impact-oriented research contributions in natural resource management and agricultural engineering. “Better practices can help farmers adapt to warmer winters and extreme, erratic weather events such as droughts and floods, which are having a terrible impact on agriculture and livelihoods. In addition, India’s efforts to transition to more sustainable, less polluting farming practices can provide lessons for other countries facing similar risks and challenges.”

In November 2017, more than 4,000 schools closed in Delhi due to seasonal smog. This smog increases during October and November when fields are burned. It causes major transportation disruptions and poses health risks across northern India, including Delhi, a city of more than 18 million people.

Some of these problems can be resolved by the use of direct sowing technologies in northwestern India.

“Within one year of our dedicated action using about US$75 million under the Central Sector Scheme on ‘Promotion of agriculture mechanization for in-situ management of crop residue in the states of Punjab, Haryana, Uttar Pradesh and NCT of Delhi,’ we could reach 0.8 million hectares of adoption of Happy Seeder/zero tillage technology in the northwestern states of India,” said Trilochan Mohapatra, director general of the Indian Council of Agricultural Research (ICAR). “Considering the findings of the Science article as well as reports from thousands of participatory validation trials, our efforts have resulted in an additional direct farmer benefit of US$131 million, compared to a burning option,” explained Mohapatra, who is also secretary of India’s Department of Agricultural Research and Education.

Read the full study in Science

This research was supported by the Susan and Craig McCaw Foundation, the Institute on the Environment at the University of Minnesota, the CGIAR Research Program on Wheat (WHEAT), and the CGIAR Research Program on Climate Change, Agriculture and Food Security (CCAFS). The Happy Seeder was originally developed through a project from the Australian Centre for International Agricultural Research (ACIAR).