Agriculture for Peace: A call to action to avert a global food crisis 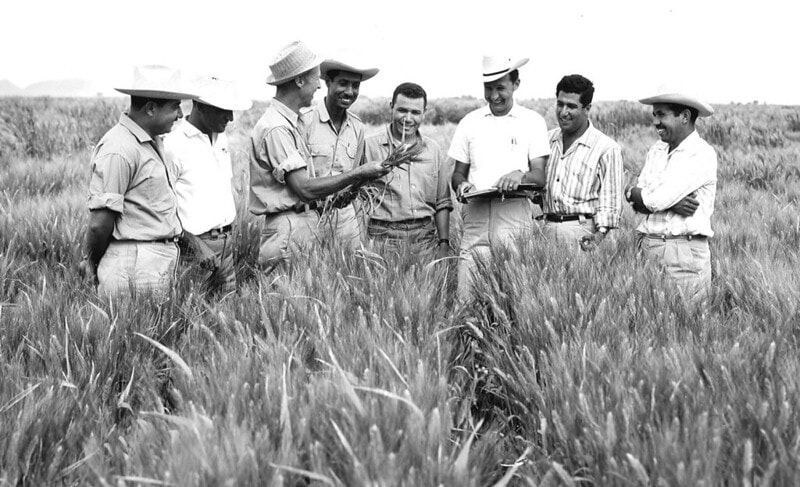 50 years ago, the late Norman Borlaug received the 1970 Nobel Peace Prize for averting famine by increasing wheat yield potential and delivering improved varieties to farmers in South Asia. He was the first Nobel laureate in food production and is widely known as “the man who saved one billion lives.”

In the following decades, Borlaug continued his work from the Mexico-based International Maize and Wheat Improvement Center (CIMMYT), a non-profit research-for-development organization funded by the Rockefeller Foundation and the governments of Mexico and the United States.

CIMMYT became a model for a future network of publicly-funded organizations with 14 research centers: CGIAR. Today, CGIAR is led by Marco Ferrroni, who describes it as a global research partnership that “continues to be about feeding the world sustainably with explicit emphasis on nutrition, the environment, resource conservation and regeneration, and equity and inclusion.”

Norman Borlaug’s fight against hunger has risen again to the global spotlight in the wake of the most severe health and food security crises of the 21st Century. “The Nobel Peace Prizes to Norman Borlaug and the World Food Programme are very much interlinked,” said Kjersti Flogstad, Executive Director of the Oslo-based Nobel Peace Center. “They are part of a long tradition of awarding [the prize] to humanitarian work, also in accordance with the purpose [Alfred] Nobel expressed in his last will: to promote fraternity among nations.”