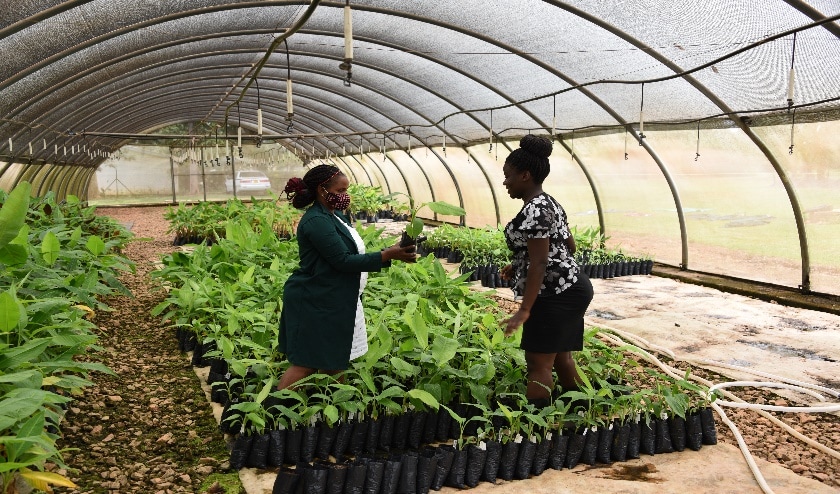 Banana producers face many pests and diseases that affect their crop, such as Panama disease caused by soil fungi, leaf spot disease, bacterial wilt, weevils and nematodes, to mention just a few. This threatens not only the tasty and nutritious fruit found in supermarkets around the world, but also the cooking bananas (or plantains) that are an important part of many diets in the sub-Saharan Africa.

For example, Uganda is the main producer and consumer of the Matooke cooking banana, which provides year-round income to smallholder farmers. Banana production in Uganda can reach between 10-12 million tons per year and are well-suited to the traditional agricultural system in Ethiopia, where it is the primary fruit produced both in homesteads and by commercial farmers.

The most affordable and ecological way to resist pests and disease is to develop and utilize improved banana varieties. To develop new varieties, it is essential to use the genetic diversity available in existing varieties. East and West Africa are hotspots for banana diversity, including plantain, which makes it possible to find genes that will result in varieties with stronger adaptation to the environment. This makes banana breeding programs especially important to regional food security and livelihoods.

However, banana is a complex crop to breed for, and it can take up to two decades to create a new variety. One challenge is that all bananas look the same while they are growing, and even when they have flowered and created a bunch of bananas, it can be hard to distinguish between two closely related varieties. This means that it takes longer to identify the bananas that will have better resistance to pests and diseases, and that will facilitate crosses.

Instead of relying on visual assessment, it is now possible to use technology that can read a plant’s genome early in life. The method of DNA fingerprinting, for example, looks for “markers” in the plant genome that can be used to rapidly and cheaply identify even closely related plants. With support from the CGIAR Excellence in Breeding Platform (EiB), breeding programs at the International Institute of Tropical Agriculture (IITA) and the National Agricultural Research Organisation (NARO) in Uganda are developing molecular markers that are being adopted by other breeders in the region.

Read the full story at EiB