Take a Look in the Mirror to Transform Gender Roles 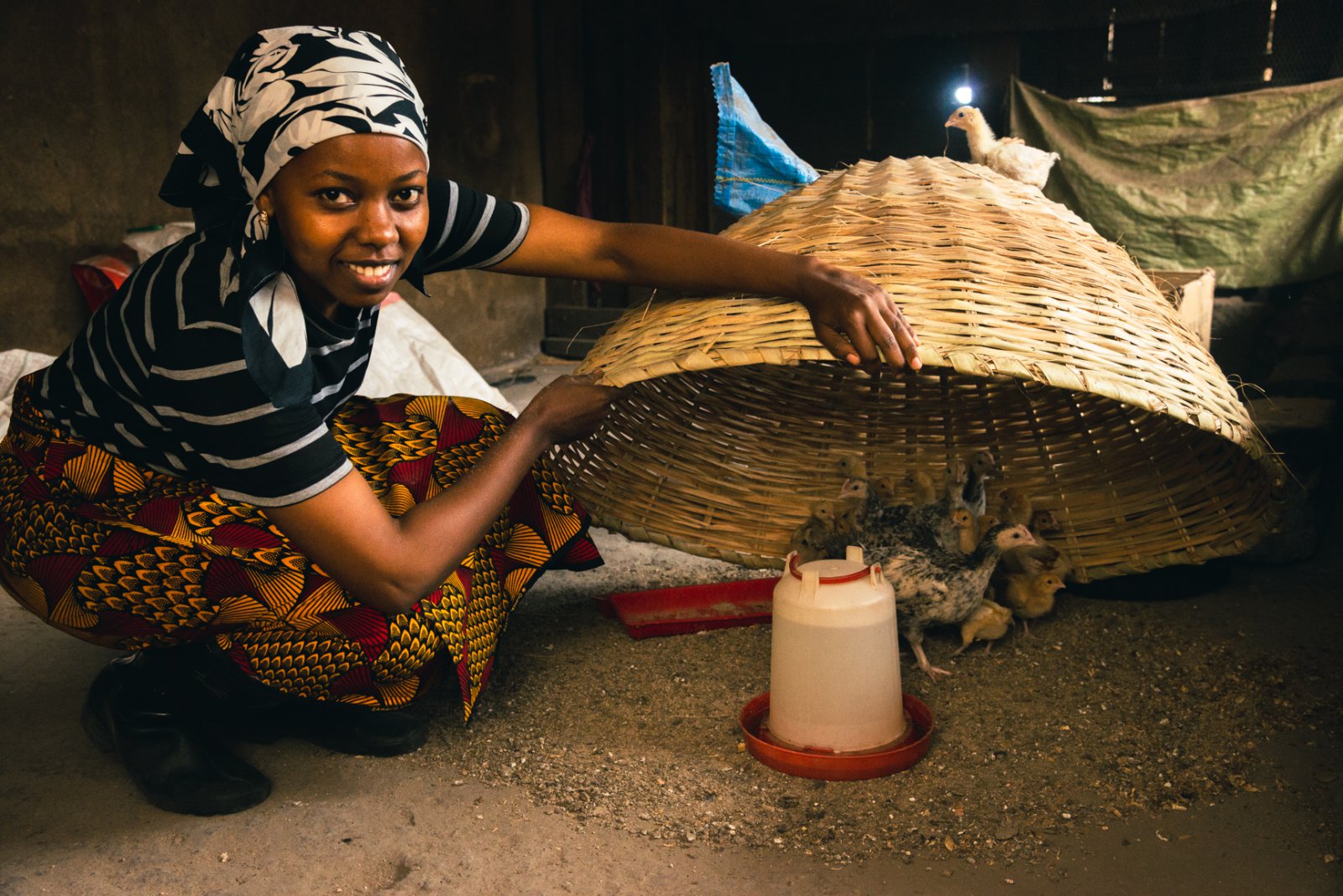 Restrictive gender norms can limit whether and how women benefit from agricultural innovations. Yet gender norms are dynamic – they can and do change. Not only in rural households, but also in institutions and agricultural research projects. Where to start? ‘Take a look in the mirror.’

Women often do not benefit from innovations in agriculture in low- and middle-income countries in the same ways as men. Gender norms have a role to play in reproducing that unevenness, says Rhiannon Pyburn. “Gender norms are culturally embedded and context specific perceptions about what women and men can and should do.” Pyburn is Senior Expert in the NL-CGIAR research programme implemented by NWO-WOTRO Science for Global Development, and leads the gender team at KIT Royal Tropical Institute in Amsterdam.

Together with colleagues from the Seed Systems Development (SSD) programme, part of the NL-CGIAR research programme, Pyburn undertook a gender meta-analysis across several projects aimed at improving the seed sector in Kenya, Ghana, Tanzania and Ethiopia. Results show that time flexibility can be an important consideration for women’s engagement in seed entrepreneurship. Pyburn explains: “In some contexts, a common gender norm is that women’s first responsibility is at home, caring for children and cleaning the house. The implication is that women are not only time constrained, but also may miss opportunities like agricultural trainings taking place at inconvenient times like when women are attending to their children’s needs.” Gender norms also affect men in negative ways, Pyburn says. “A man might want to spend more time with his children. The gender norm that this is not masculine inhibits this.”

SSD project leader Catherine Ragasa also saw how gender norms inhibit women to engage in aquaculture in Ghana. Ragasa is Senior Research Fellow at the International Food Policy Research Institute (IFPRI), one of CGIAR’s Research Centers. The project she leads aims to improve the productivity of farmers producing tilapia fish, a major commodity in Ghana. “Only five percent of tilapia producers in one province appeared to be women. That is very few. There are major cultural issues. To many, aquaculture is a men’s business.”

Some women manage to circumvent the cultural norms, Ragasa tells, and do start a tilapia business. Research showed that they are very successful, even more than men. Yet, these women are not the average type of women. “They are the ones with starting capital and support from their husband or another male relative, like a son or uncle.” These women are more empowered, Ragasa says, and getting engaged in aquaculture empowers them furthermore. “Even though it was difficult, they did it. They elevated themselves, gained confidence and broke gender norms.”

These women can be role models for other women, Ragasa says. “And we use that in the project. We let them speak up, in news articles, documentaries and in a TV drama series, and invite them as speakers in the trainings we give.”

Role models can make a difference, confirms Pyburn, because they can trigger dialogue between men and women about their roles and aspirations in life. “Women find ways individually to navigate around gender norms to be able to do their job. But to really transform gender norms, women and men together need to reimagine the life they want to live, collectively identify the constraints to making this happen, and then make a plan for changes to address the constraints and realise a shared vision for their future. Key in this is conversation and dialogue.”

A gender transformative approach is not yet common in agricultural projects, also not in the seed projects reviewed, Pyburn says. “The tendency in general is to focus on reaching women as beneficiaries of projects. The next phase towards gender equality is to increase participation and incomes of women. The phase after that is empowerment of women. Even more transformative is to change gender norms and relations.”

That brings new responsibilities for researchers, Pyburn says. “Key is reflective conversation and dialogue – not only among farmers, but also among researchers and managers of research projects and institutions. We need to take a look in the mirror. Look into our own institutions and organisations and see what biases are implicit”, Pyburn says. “What privileges and vulnerabilities are there? What ideas do we hold and reproduce in our organisations and institutions that limit the active and full participation of different social categories?”

The time where researchers might have shrugged their shoulders thinking that gender inequality was beyond their purview has past, Pyburn says. As has complaining about the ‘gender police’ and imposed gender check-lists. “Now more and more researchers are ready to start gender transformative research by looking inward. And at an institutional level, major organisations such as the FAO and IFAD took position in this and issued reports on gender development. There is more readiness to internalise gender equality as well.”

Buying and selling chickens in Tanzania

A social media campaign was set up in a SSD project to challenge gender norms in Tanzania. The campaign showed that women can be agri-entrepreneurs and that a woman can earn more than a man. The campaign was part of a project that supported young women vet graduates to buy improved chickens from brooders and bring them to remote women farmers, together with advice, medicines for the chickens, and feed. These same vendors buy back the chickens from the farmers a few months later and sell them in urban areas.

However, the gender norm that women shouldn’t be in agribusiness was in the way. This meant that the chicken vendors were harassed when conducting their business, their advice was not always appreciated and their partners left them if they started earning well – because women are not supposed to earn more than men.

The campaign did make a difference, tells Alessandra Galiè, Team Leader, Gender, at the International Livestock Research Institute (ILRI), a CGIAR Research Center. “It engaged youth in dialogues about the negative perceptions they hold of women as agri-entrepreneurs and challenged some of the norms while showing the pros of young women and men engaging in such a business.”