Using a value chain approach to map the pig production system in Rwanda, its governance, and sanitary risks 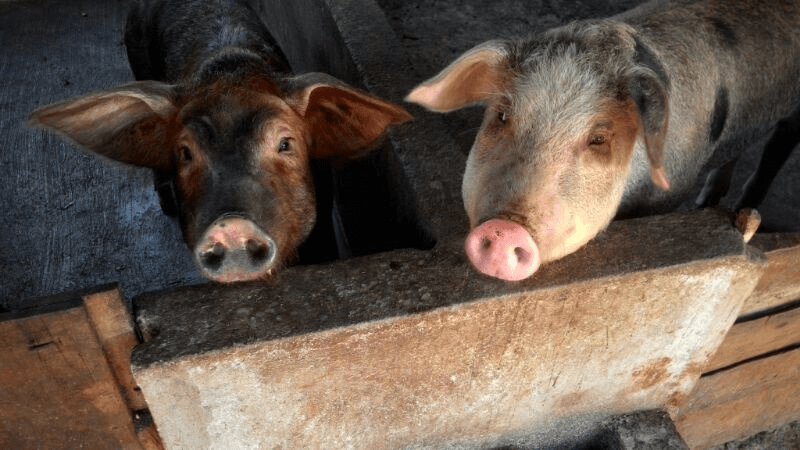 Rwanda has a fast growing pig production sector projected to continue expansion, due to rising local and regional demand. We undertook a value chain analysis to establish the flows of pigs and pork in Rwanda and the roles of various actors involved, and to understand governance and sanitary risks in the value chain.

Cross-sectional qualitative data were collected through focus group discussions and key informant interviews with farmers, brokers, butchers, abattoir managers, and veterinarians. Data were collected on pig production methods and inputs, the source and destination of live and slaughtered pigs, value-adding infrastructures (abattoirs and processing factories), the people involved and interactions between them, governance, and challenges.

Pig production in Rwanda is dominated by smallholders, mainly as a source of supplementary income and secondarily for manure. Emerging medium-sized and large pig farms were also identified, located mainly around urban areas. Live pig markets are the main mechanism allowing various actors to buy/sell pigs.

Brokers have an important role in pig transactions: they are key in setting prices at markets, examining pigs for disease, organising the supply of pigs for abattoirs and for export. Only a few formal pig abattoirs were identified, which mainly supply to pork processing factories based in Kigali and/or export to customers. Local consumers rely on informal slaughtering at farm or bar/restaurant backyards, with irregular veterinary inspection. Formal abattoirs were attended by a veterinary inspector, however a lack of record keeping was noted.

Sanitary risks identified were a lack of biosecurity throughout the chain and poor hygiene at slaughter places. Lingual palpation was practised in pig markets to identify cysticercosis infection, however cyst-positive pigs were not destroyed, but were sold for reduced prices in the same market or later informally sold by the owner.

There are few veterinarians attending farms, with most services provided by less qualified technicians or self-treatment of pigs by farmers.

Overall, this production system is characterised by a high degree of informality at all nodes, combined with the rapid growth trajectory in the sector. These findings provide a basis to plan interventions tailored to vulnerabilities identified in the Rwanda pig value chain.