Are food animals responsible for transfer of antimicrobial-resistant Escherichia coli or their resistance determinants to human populations? A systematic review 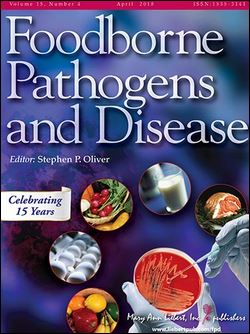 Are food animals responsible for transfer of antimicrobial-resistant Escherichia coli or their resistance determinants to human populations? A systematic review by
Muloi, D.; Ward, M.J.; Pedersen, A.B.; Fèvre, Eric M.; Woolhouse, M.E.J.; and Bunnik, B.A.D. van
The role of farm animals in the emergence and dissemination of both AMR bacteria and their resistance determinants to humans is poorly understood and controversial. Here, we systematically reviewed the current evidence that food animals are responsible for transfer of AMR to humans. We searched PubMed, Web of Science, and EMBASE for literature published between 1940 and 2016. Our results show that eight studies (18%) suggested evidence of transmission of AMR from food animals to humans, 25 studies (56%) suggested transmission between animals and humans with no direction specified and 12 studies (26%) did not support transmission. Quality of evidence was variable among the included studies; one study (2%) used high resolution typing tools, 36 (80%) used intermediate resolution typing tools, six (13%) relied on low resolution typing tools, and two (5%) based conclusions on co-occurrence of resistance. While some studies suggested to provide evidence that transmission of AMR from food animals to humans may occur, robust conclusions on the directionality of transmission cannot be drawn due to limitations in study methodologies. Our findings highlight the need to combine high resolution genomic data analysis with systematically collected epidemiological evidence to reconstruct patterns of AMR transmission between food animals and humans.