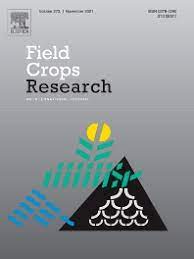 The high degree of Genotype by Environment by Management (GxExM) interactions is a serious challenge for production and crop improvement efforts. This challenge is especially true for a crop like groundnut that is often grown as a rainfed crop in diverse environments and management, leading to considerable production fluctuations among regions and seasons. Developing a means to characterize the drivers of variable yield and to identify region specific breeding objectives were the main motivations for this research, using groundnut production in India, as a case study for rainfed crops. Historically, five groundnut production areas have been considered by Indian crop improvement programs. Our objectives were to assess the relevance of this zonation system and possibly to re-define production areas with a higher degree of similarities into homogeneous production units (HPUs). Towards this, we used yield gap analysis and the geo-biophysical characters of the production region to understand and deal with GxExM interactions. Weather and soil data, crop parameters, and management information data were collected and groundnut production was simulated at the district scale over 30 consecutive years. Consequently, the geographic distribution of the potential yields and the yield gaps were first estimated to understand the main production limitations in a given region. Large and variable yield gaps (with a mean of ~70 %) were observed and results revealed a readily exploitable production gap (~ 8 M tons), which might be bridged by following recommended agronomic practices. Water deficit limited the yield potential by an average of 40 %, although with large variability among districts. However, large and variable yield gaps remained. To resolve the unexplained variation, principal component and cluster analysis of agronomic model output together with geo-biophysical indicators for each district were carried out. This resulted in seven HPUs, having well-defined production-limiting constraints. Grouping by HPU greatly reduced variance in actual and simulated yields, as compared to grouping across all groundnut production zones in India. The HPU based approach delimited precise geographic regions within which HPU-specific GxM products could be designed by crop improvement programs to boost productivity.