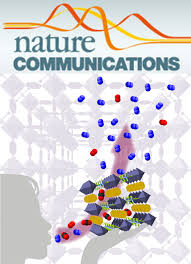 Land-use change is predicted to act as a driver of zoonotic disease emergence through human exposure to novel microbial diversity, but evidence for the effects of environmental change on microbial communities in vertebrates is lacking. We sample wild birds at 99 wildlife-livestock-human interfaces across Nairobi, Kenya, and use whole genome sequencing to characterise bacterial genes known to be carried on mobile genetic elements (MGEs) within avian-borne Escherichia coli (n = 241). By modelling the diversity of bacterial genes encoding virulence and antimicrobial resistance (AMR) against ecological and anthropogenic forms of urban environmental change, we demonstrate that communities of avian-borne bacterial genes are shaped by the assemblage of co-existing avian, livestock and human communities, and the habitat within which they exist. In showing that non-random processes structure bacterial genetic communities in urban wildlife, these findings suggest that it should be possible to forecast the effects of urban land-use change on microbial diversity.