The Women’s Empowerment in Livestock Index: Indicators for the start of a global, badly needed, conversation 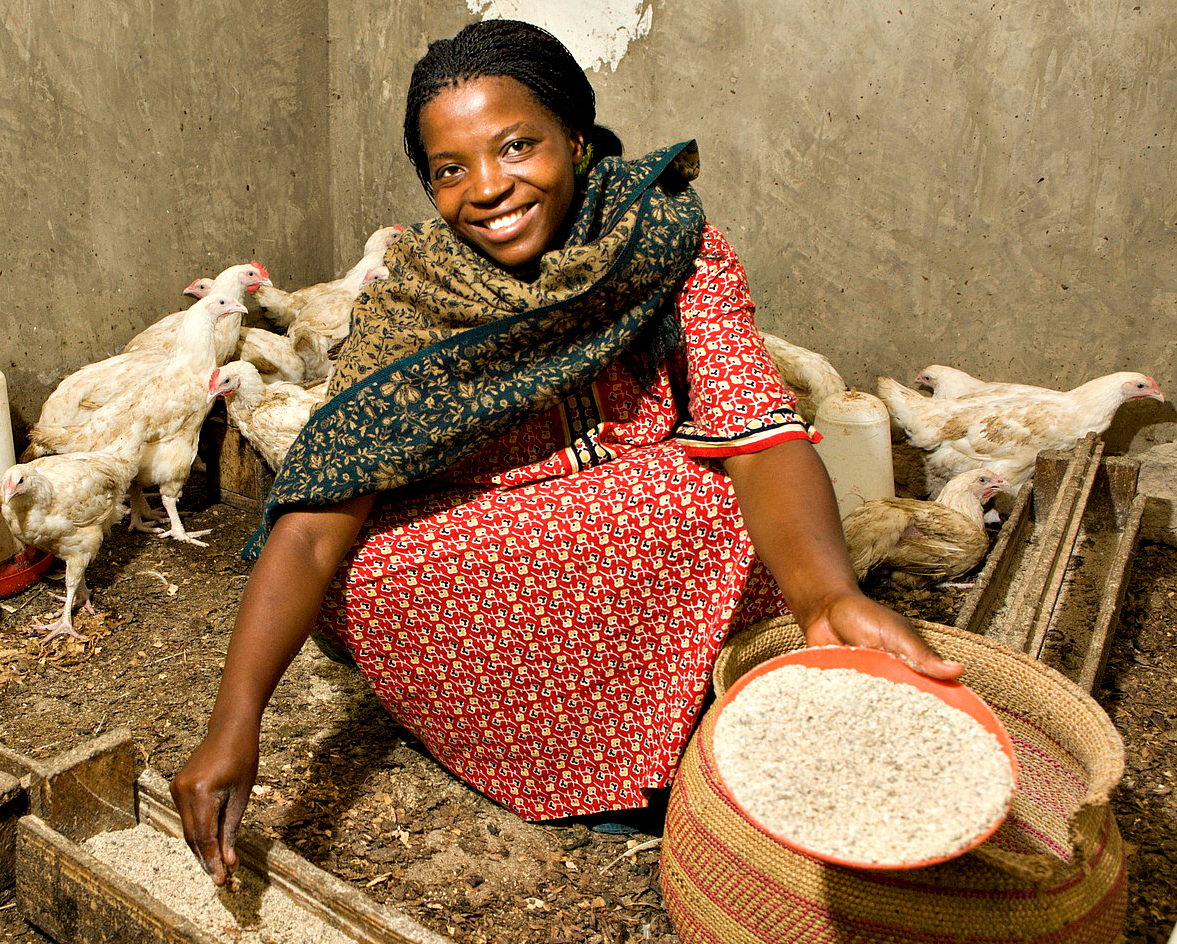 Tanzanian farmer with her flock of chickens (photo by BRAC via Global Giving). The Women’s Empowerment in Livestock Index, piloted by ILRI in Tanzania, assesses the empowerment of women in production systems in which livestock are important.

The case for focusing on women is as much about efficacy as equity: Not only are women, and rural women in particular, deprived relative to men, but helping them sets the next generation on the right foot, as women generally place greater emphasis than men on the nutritional and educational needs of their children. But whereas measuring progress towards meeting some of the Sustainable Development Goals is fairly straightforward, women’s empowerment is a relatively complex and amorphous goal, bound up, for example, in a variety of domains and indicators that are context specific, and in individual empowerment pathways that are difficult to generalize.

To address these challenges, the International Food Policy Research Institute (IFPRI) developed in 2012 a Women’s Empowerment in Agriculture Index (WEAI). This index has been refined over the years but still focuses mostly on women’s contribution to crop production decisions and activities. Recently, a team of scientists at the International Livestock Research Institute (ILRI), led by anthropologist Alessandra Galiè and in collaboration with Emory University, developed the Women’s Empowerment in Livestock Index (WELI), a new index to assess the empowerment of women in production systems in which livestock are important.

‘In many ways livestock provide opportunities for women’s empowerment that aren’t available in crop agriculture’, says Galiè. ‘Women in many poor countries can own chicken or goats, control the dispensation of milk and serve as gatekeepers for animal-based sources of nutrition. They can also take animals with them should they get divorced.’

At the same time, says Galiè, women in livestock consistently lag behind men on key indicators. They manage herds that are, on average, two thirds the size of those managed by men, they control less valuable species (mostly poultry while men control cattle), they are more commercially oriented but earn less than men, and they are less likely to use key inputs, such as labour, fodder and vaccinations.

‘Developing the index was a long, iterative and interactive process’, says Galiè. ‘For example, we first explored qualitatively the local meanings of empowerment in some communities of Tanzania. We then combined this information with standardized domains and indicators of empowerment (such as those of the WEAI) to develop the WELI tool. After piloting the WELI in Tanzania we did a second round of qualitative research to provide details on the “hows” and “whys” of empowerment that the WELI had assessed quantitatively. It was interesting to notice that the quantitative and qualitative findings diverged in some respects (a paper on this issue is currently being published). How to reconcile the fact that going to markets indicates high levels of empowerment in the WELI while in some communities going to markets is a low-status activity: the better off women become, the less likely they are to attend markets themselves.”

I asked Galiè why, given the complexity of an issue like women’s empowerment, it is important to try to boil it down to a single figure. ‘Partly it’s because quantifying a phenomenon allows scientists to measure its changes over time. An index provides a common framework or reference point to determine the effectiveness of various interventions. The ability to measure progress is important for policymakers who are accountable for the investments they make. Measuring changes in empowerment therefore can help support the integration of empowerment in development policies and programs. The challenge we are still facing, however, is to develop a methodology that measures empowerment while taking into account the complexity of empowerment processes.’

But it is not just the scientists who benefit from the elaboration of the index and the complementary qualitative work, Galiè told me. ‘Not infrequently, the women I and other fieldworkers interviewed would tell us that the experience of discussing these issues in depth had been illuminating and empowering for them. It helped them better articulate what their priorities and concerns are.’ In the future, we want to expand the potential of our methodologies to facilitate conversations about empowerment.’

Much of the original research in developing the index was done with dairy smallholders in four districts of northern Tanzania. Preparations are under way by another CGIAR research institute, the International Center for Tropical Agriculture (CIAT), to extend the research to Honduras.

‘Eventually, says Galiè, we are hoping this tool establishes the basis for a global conversation about the kinds of interventions that work best on behalf of women in livestock around the world. At the same time,

. . . we are well aware that no mechanistic application of the index will be able to capture the complexity of women’s lived experiences, so we want this to be a start—and not the end point—of that conversation.

Acknowledgments
We thank Amber Peterman, Peter Willadsen and Sophie Theis for their constructive comments on an earlier version of this paper. We thank all donors that have globally supported our work through their contributions to the CGIAR system, in particular the United States Agency for International Development (USAID), Irish Aid and the CGIAR Research Program on Livestock and Fish.