Which varieties of roots, tubers, and bananas do farmers and other users want in Africa, and how can breeding programs meet their needs better? 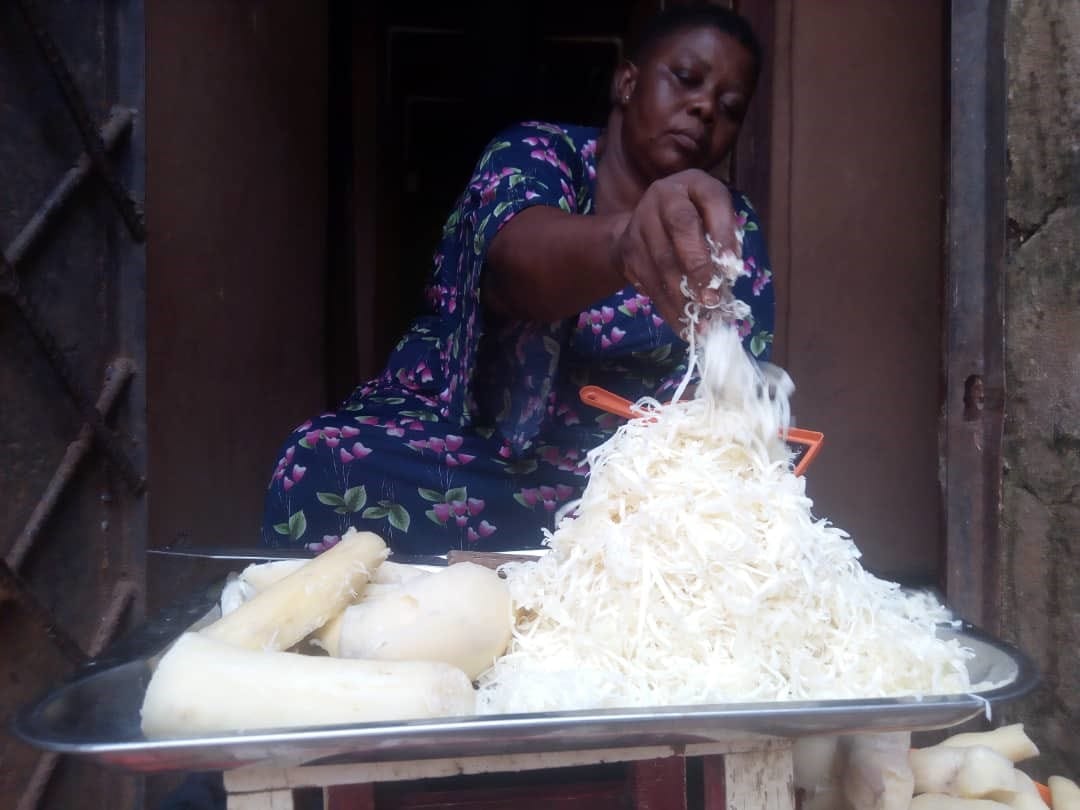 It is critical to know which varieties are being adopted and why, both to show the value of investment in breeding and seed systems, but also to learn what farmers and consumers want and to improve breeding programs for broader impact. A team of CGIAR Research Program on Roots, Tubers and Bananas (RTB) scientists led by Graham Thiele recently completed a review of adoption studies to update findings and try to provide some answers.

The review found that more attention needs to be paid to understanding how consumer preferences shape demand and drive adoption. This is especially important in sub-Saharan Africa where farm households are consumers as well as producers, and because men and women play different roles on the farm, and potentially differ in their preferences. Plant breeders must ensure that these preferences are considered as specific characteristics for new varieties to achieve broader adoption (in varietal product profiles).

The review has been published in a special issue called “Consumers have their say: Assessing preferred quality traits of roots, tubers and cooking bananas, and implications for breeding” in the International Journal of Food Science and Technology, led by the RTBfoods project. Dominique Dufour, project leader, explained “this special issue is very much a joint effort between RTBfoods and RTB. This article sets the scene for the other papers, many written by national authors, reporting progress linking consumers’ appreciations to specific targets for breeders who can then meet their needs”.

This review zoomed in on the adoption of new varieties in some key countries: bananas in Uganda, cassava in Nigeria, potato in Kenya, sweetpotato in Uganda and yams in Côte d’Ivoire. The review explored three hypotheses on drivers of varietal change.

The first hypothesis, that insufficient priority is given to consumer-preferred characteristics and traits by breeding programs, was confirmed, which helps to explain the limited uptake of modern varieties (MVs) and low varietal turnover.

The second hypothesis, that insufficient attention to understanding and responding to gender differences in consumer preferences for quality and post-harvest traits is linked to slow uptake, was unresolved because of a gap in the evidence.

The third hypothesis that informal seed systems contribute to slow uptake of MVs, met with mixed results. In some cases, the informal system contributed to the rapid uptake of MVs, but often also hampers broader adoption because different names are used for the same variety in different locations.

Graham Thiele notes “we were surprised to find that in several cases, like cassava in Nigeria, potato in Kenya and yam in Côte d’Ivoire, farmer selections (sometimes called ‘escapes’) from varietal trials led to wider adoption of new varieties than those which had been selected and released by breeders. This suggests that we need to look at how we prioritize traits in breeding programs, including official variety release processes, so that we can provide what farmers, processors and consumers want. But we also need to couple this with developing seed systems which are more responsive to that demand, and can more legitimately make the desired varieties available to farmers.”

Banana has been the most challenging of all crops with little adoption of new varieties, and hybrid bananas (i.e. from deliberate crosses) in particular. Enoch Kikulwe, socio-economist at Bioversity and a co-author of the review, concluded “these adoption studies show it is challenging to introduce a banana hybrid unless it meets particular consumer preferences. Adoption will be quite limited even though hybrids have a high yield and other favorable agronomic traits.”

Another co-author, Béla Teeken, a gender researcher at IITA, explained that “sometimes as we look closer, we find specific gender preferences. For example, the Nwaocha cassava landrace is especially preferred by women in Nigeria who do most of the processing work, because it has a good processing quality (it ferments quickly), and most importantly: it has a bright white colour that makes it perfect for making abacha, a grated cassava product.” This example also illustrates nicely that sometimes consumers prefer landraces because they have key traits not found in modern varieties.

Potato in Kenya has shown particularly rapid varietal change. In recent years, the Shangi variety, likely a farmer selection from CIP breeding lines, has been adopted by most farmers. Sophie Sinelle, of Syngenta Foundation, who also co-authored the study, explains: “in our Kenya study we found that farmers do like high–yielding potato varieties, but adoption is driven by a combination of consumer and market demand preferences which you can find in Shangi, earliness to be the first on the market, and culinary qualities such as taste and quick cooking time. Research institutes tend to think that pest and disease resistance is important, but potato variety traits that can increase income are more important.”

In the case of sweetpotato in Uganda, adoption surveys did not examine the importance of quality traits. However, CIP plant breeder Robert Mwanga, who also co-authored the study, explained that “during participatory plant breeding, we found out that many of the attributes that farmers look for were consumer traits, including the attractive color of roots, ‘sweet’ roots when cooked, and mealy and non-fibrous texture. So targeting these traits is important if farmers are going to adopt our varieties.”

Yam is a fascinating example because varietal adoption is sometimes linked with the introduction of new landraces. Amani Michel Kouakou, a plant breeder at the National Centre for Agricultural Research in Abidjan, who also co-wrote the review, explained that “good culinary quality was key in the successful and relatively rapid adoption of Florido and then C18 Dioscorea alata landraces in Côte d’Ivoire. Although not quite as good as the Dioscorea rotundata varieties for pounded yam, they are cheaper, easier to propagate and to crop than Dioscorea rotundata; they store better and still produce an acceptable pounded yam.”

As Thiele concludes, “a central finding is that despite some recent work there is still a dearth of information to capture and address gender differentiated consumer preferences and procedures to ensure that this information can be addressed effectively by breeding programs. Research planned with the CGIAR Excellence in Breeding Platform and the CGIAR Gender and Breeding Initiative is promising. Adoption studies also need to give this more attention.”

Dominique Dufour explained, “in RTBFoods we are building linkages from consumer preferences to trait identification and protocols that breeders can use to rapidly screen for quality traits. In this way, we can dramatically increase the adoptability of new varieties. For example, women often prefer cassava varieties which ‘ferment quickly,’ meaning that the roots become softer, so it is easier to remove the fiber, so the women get more food, for less work. We are analyzing the composition of cell walls and pectin compounds in the cassava root to demonstrate the genetic character of rapid softening so that it can be purposefully included in breeding programs.”