What really counts for farmers – not just the seed, but also where and how to source it 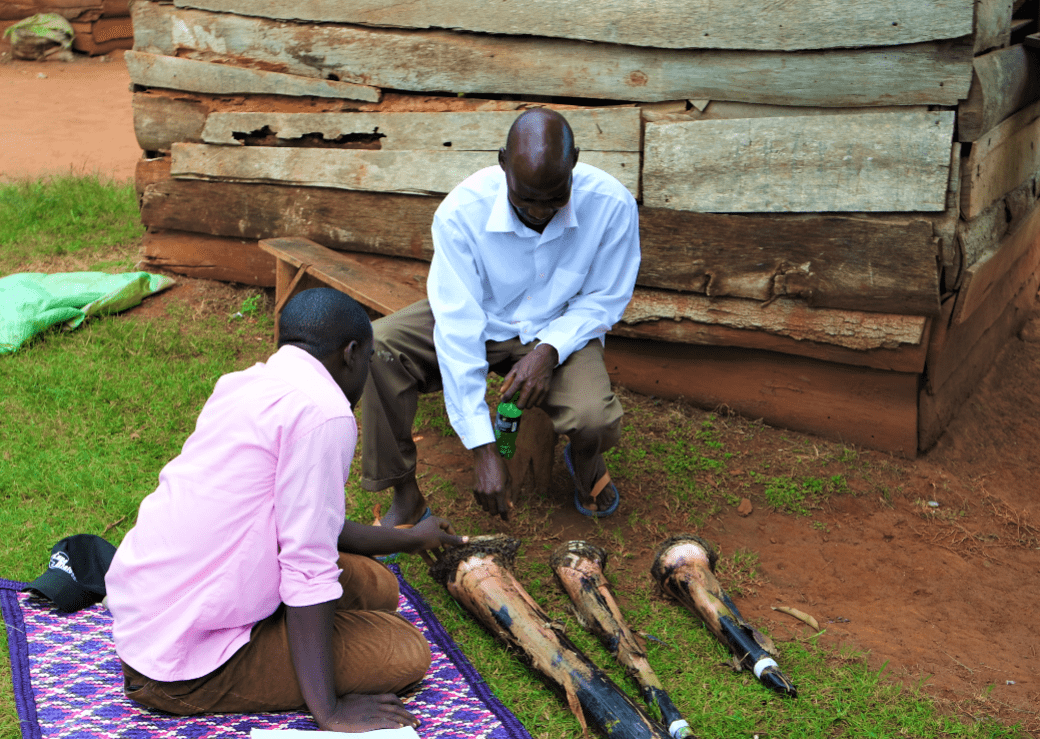 Understanding farmers’ preferences and priorities when it comes to selecting seed is critical to ensuring that technologies for improved planting material are likely to respond to the real needs of the producers they are targeting. A recent study based on banana farmers in Uganda has revealed that it is not just important to focus on finding the variety traits that are attractive to farmers. An easily overlooked element of the technology is to identify via what channels it reaches the farmers, that is, where farmers acquire planting material.

The study, conducted by Roots, Tubers and Bananas (RTB) scientists and the subject of a recent article, used means-end chain analysis to understand farmers’ perceptions of formal and informal sources of banana planting material. The method which in this case involved interviewing 31 banana producers, allows respondents to evaluate a product or service by selecting and articulating their own criteria, rather than choosing from a list of predefined options. The result is a series of personally relevant preferences, which are subsequently linked to the farmers’ particular goals via laddering interviews.

Although originally developed in the field of marketing and consumer studies in the 1980s, the means-end chain analysis has been adopted as a valuable method for exploratory research by the RTB seed system cluster, which has included the technique in its RTB seed system toolbox, currently being packaged into a website. In an effort to understand what works and what does not in persuading farmers to switch to quality planting material, this interdisciplinary group of researchers is using a blend of natural and social science-based approaches to examine how innovative seed system interventions can best be supported.

One revealing factor to emerge from the analysis is that although farmers generally pursue similar goals when acquiring planting material – namely higher incomes, enhanced food security and improved household outcomes – these may have different forms and the means through which they choose to pursue them often varies across diverse social groups of farmers, probably due to factors such as gender, and the scale and specific objectives of production.

Farmers were asked to choose between nine different sources for banana planting material and to indicate their preferences between several formal and informal sources. The former mainly consists of private companies and state-owned agencies such as nurseries and national research institutes, while the latter is made up of different farmer types, such as large-scale farmers, neighbors and producers’ own farms.

The banana farmers interviewed largely associated formal sources with improved cultivars, tissue culture plantlets and low levels of diversity, the analysis showed. Conversely, informal seed sources were mostly associated with traditional cultivars, suckers and high levels of diversity. Small-scale farmers generally preferred traditional cultivars because these have a long lifespan, which allows producers to save money and labor. Large-scale farmers were also interested in improved varieties because these have big bunches that make them easier to market. Interestingly, the farmers did not only point out differences between formal and informal sources, but also the differences within these, highlighting the importance of personal choice in seed selection.

Other factors that need to be considered when offering planting material include the procedure involved in acquiring the material. In contrast with informal sources, formal ones are often subject to transport costs and cash payments to the supplier.

Also, of potential significance in influencing a smallholder farmer’s decision to opt for a particular seed source is that, unlike informal sources, most formal sources do not involve a social relationship between the buyer and seller. Evidence from other work shows that in developing countries, where informal seed systems are the dominant source of planting material for vegetatively propagated crops, these often take the form of seed exchange among farmers. This practice is strongly influenced by social ties and cultural norms, rarely involves monetary transactions, and provides farmers with planting material of cultivars adapted to their agro-ecological and socio-economic conditions, albeit with a heightened risk of disease transfer. The article highlights how in Uganda, the spread of Banana Xanthomonas Wilt has been partially attributed to the exchange of infected planting material in informal settings.

A key conclusion reached by the researchers is that in order to increase adoption rates of improved seed, technological improvements must be developed and presented as part of a broader agricultural innovation system, which also takes into account social factors, such as the context of the channels and sources through which seeds are made available and accessible to farmers. This kind of information could result in the definition of ‘seed delivery profiles’.

“Given that the practices of smallholder farmers for seed procurement are often influenced by social ties and cultural norms, it is also important to understand where and why farmers acquire planting material,” said Pricilla Marimo from the Alliance of Bioversity International and CIAT, a co-author of the article. “The variations that we observed in farmers’ preferences for particular sources indicate that not only should cultivar traits be adapted to farmers’ preferences and needs. The characteristics of the sources from which farmers access planting material should also be considered.”