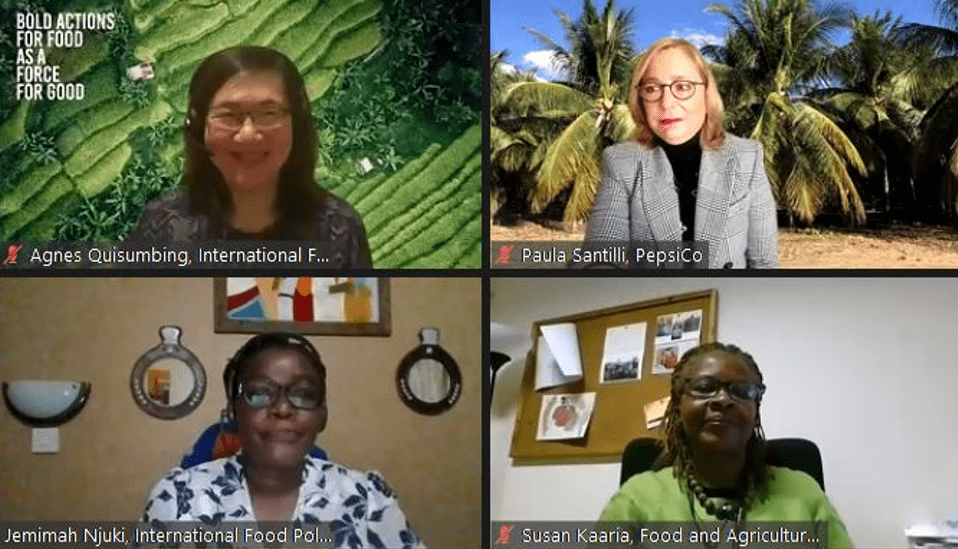 Empowering women and girls and the recognition and respect of their rights is critical to secure, sustainable and equitable global food systems. A Nov. 23 virtual discussion, co-hosted by IFPRI and the World Economic Forum (WEF), identified evidence on what works in advancing those goals and how food systems transformation can also contribute to to gender equality. The event was part of the WEF meeting Bold Actions for Food as a Force for Good, held in advance of the UN Food Systems Summit in September.

While ‘‘gender equality and food systems are mutually supportive, gender equality remains a major goal in many regions, and closing current existing gender gaps and transforming some of the underlying courses of gender equality is urgently needed,’’ said IFPRI Director for Africa Jemimah Njuki,who is also Custodian of the UN summit’s Gender Equality and Women’s Empowerment Lever.