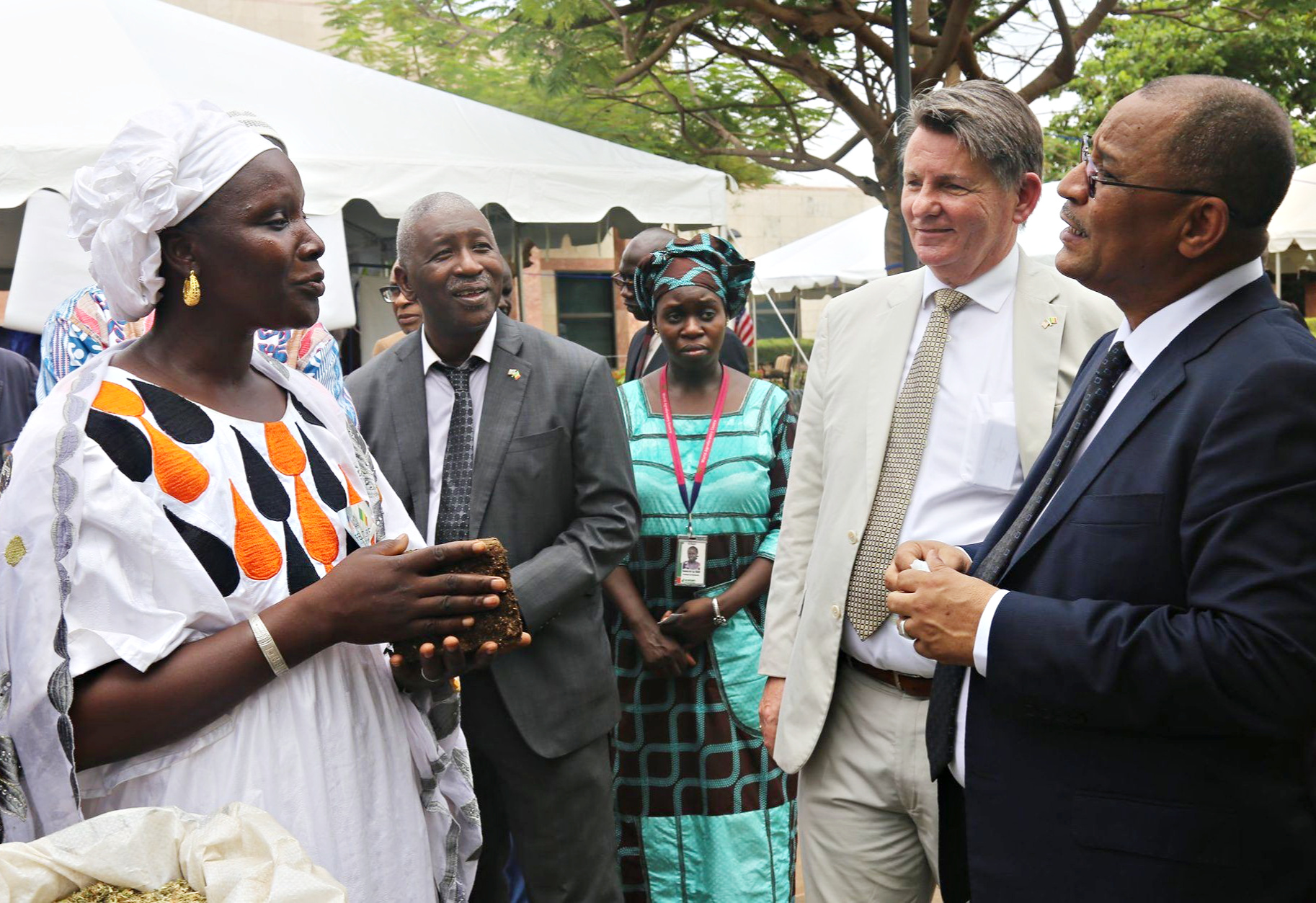 Beneficiary Aoussata Coulibaly (left) talks with the Malian minister of agriculture, Moulaye Ahmed Boubacar (right), and the US ambassador to Mali, Dennis Hankins, about the several ways that women have benefitted from the Feed the Future Mali Livestock Technology Scaling Program (photo credit: ILRI/Kassim Traore).

The United States and Mali have announced a five-year partnership that will promote food security and livelihood resilience in the West African country.

The partnership between the two governments was launched by the US ambassador to Mali, Dennis Hankins, and the Malian minister of agriculture, Moulaye Ahmed Boubacar, at the US embassy in Bamako on 27 Jun 2019. Major achievements of the first five-year ‘Feed the Future’ initiatives , which are supported by the United States Agency for International Development (USAID), were highlighted at the launch. These successes set the scene for the new strategy that will enhance resilience and agricultural growth, and improve nutrition for millions of Malians, especially in the regions of Bougouni, Koutiala, Mopti, Sikasso and Timbuktu.

The five-year strategy is a renewal of USAID’s commitment to Mali’s food security and economic growth. This strategy builds on the current US Government’s Feed the Future initiatives and supports Mali’s National Agricultural Investment Plan, Multisectoral Nutrition Action Plan and National Resilience Priorities. . . .