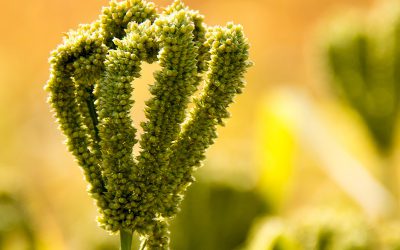 The consumption of millets can reduce total cholesterol, triacylglycerols (commonly known as triglycerides) and BMI according to a new study analyzing the data of 19 studies, with nearly 900 people. The study was undertaken by five organizations and led by the International Crops Research Institute for the Semi-Arid Tropics (ICRISAT).

The results published in Frontiers in Nutrition, brings critically needed scientific backing to the efforts to popularize and return millets back to diets, especially as staples, to combat the growing prevalence of obesity and being overweight in children, adolescents and adults.

The study showed that consuming millets reduced total cholesterol by 8%, lowering it from high to normal levels in the people studied. There was nearly a 10% decrease in low and very low-density lipoprotein cholesterol (commonly viewed as ‘bad cholesterol’) and triacylglycerol levels in blood. Through these reductions, the levels went from above normal to normal range. In addition, consuming millets decreased blood pressure with the diastolic blood pressure decreasing by 5%.