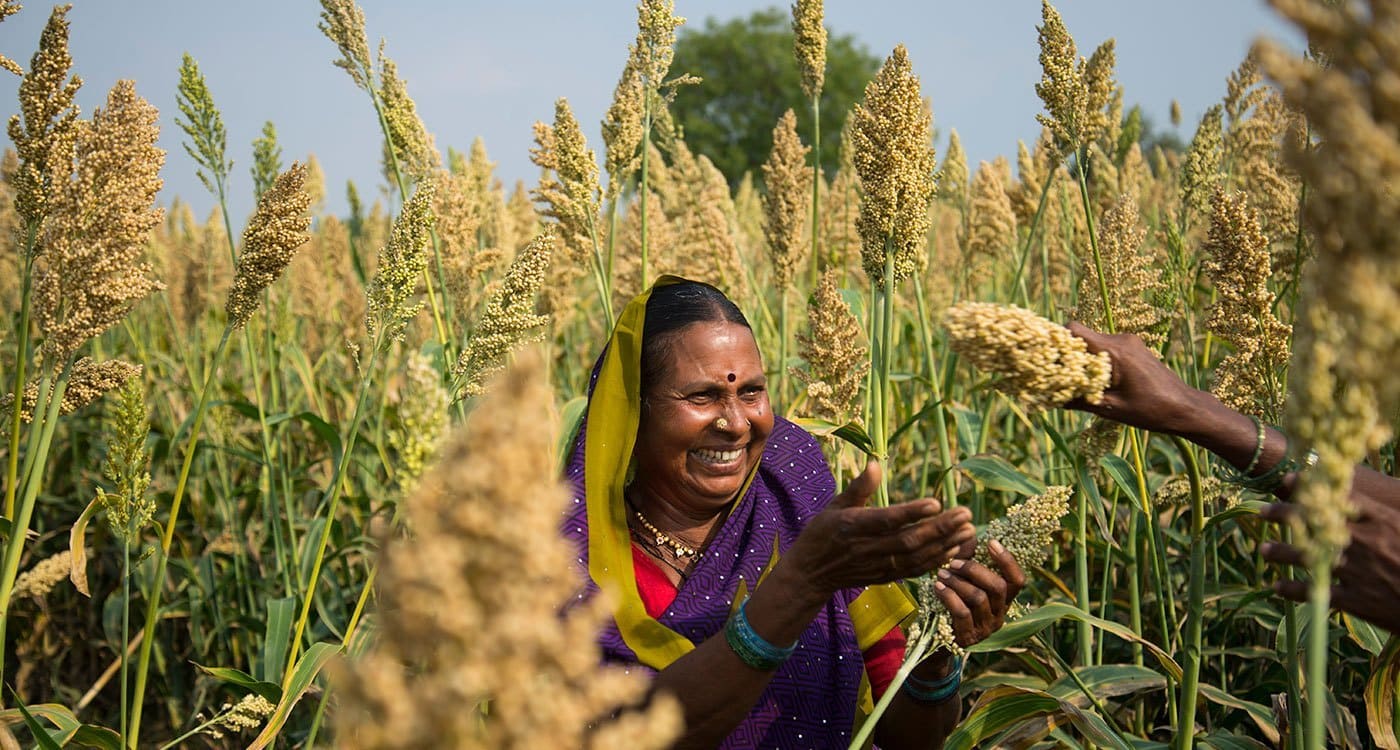 To make quality seeds of improved sorghum easily accessible, a consortium of institutions is taking up 3000 tons of seed production this year to supply more than 10% of India’s farmers, who are often deterred from cultivating improved sorghum owing to non-availability of seed.

Post-rainy sorghum is grown on 3.5 million ha in India. Although prized for its grain and fodder, in the past few decades, terminal drought stress, low temperatures at flowering and farmers’ preference for the bold, lustrous white grains in adapted landrace cultivars limited genetic variability in sorghum. This, coupled with limited efforts for hybrid development, had resulted in a low acceptance (20%) of improved sorghum cultivars in India.

“Non-availability of improved post-rainy sorghum seeds is a major constraint in adoption. It persists though there is credible evidence that farmers in Maharashtra adopting seeds of improved varieties and recommended management technologies achieved 40% improvement in grain yield and 30% increase in stover yields in over 40,000 farmers’ fields,” Dr Ashok Kumar Are, Product Placement Lead-Asia, ICRISAT, said while adding that the consortium was created to scale-up the gains and interventions of HOPE Sorghum and Millets project that was funded by Bill & Melinda Gates Foundation during 2009-14.

Learn more on the partnerships, strategies and resources mobilization  to deliver this innovation.