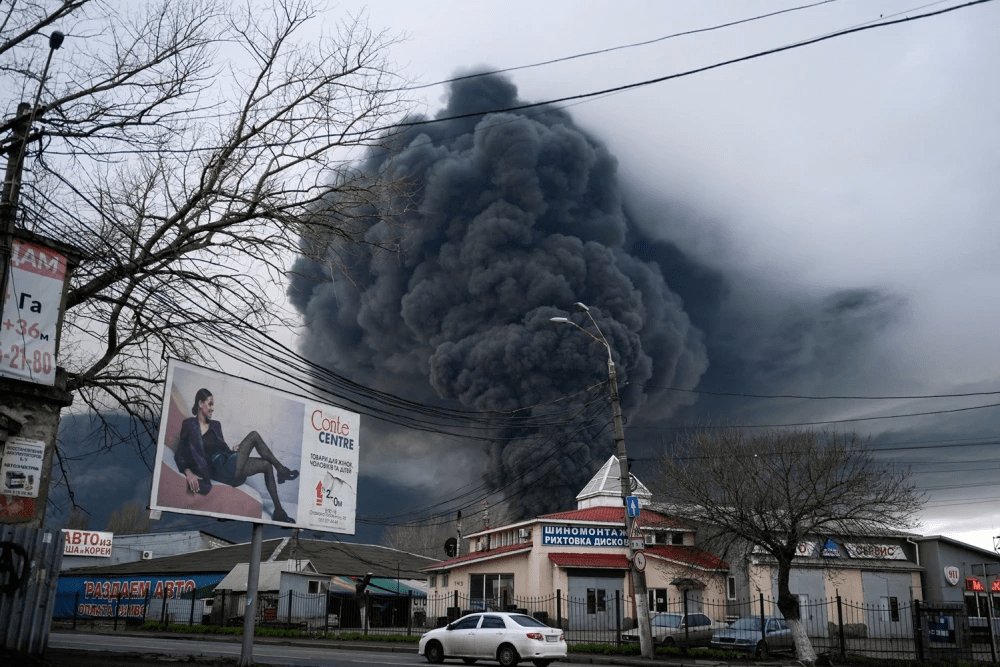 Foreign Policy published an article stating that as Russia’s ground war in Ukraine falters, its naval vessels have made strides in the Black Sea, seizing control of Ukraine’s coastline in a way that allows them to launch strikes at targets inland and tighten a blockade on Ukraine’s exports. Now, Western governments are scrambling to find ways to break the blockade and ease the strains on the global commodities and agricultural markets rocked by the war. Ukraine, referred to as the “breadbasket of Europe,” feeds some 400 million people around the world and is a top grain supplier to dozens of developing countries. EU countries are mapping out alternate routes to ship Ukraine’s grain supplies overland through the West via rails to ports elsewhere in Europe. But this plan is logistically difficult and more expensive. Senior research fellow Joseph Glauber said, “There’s plenty of incentives to try to get it out of the country; it’s just that the costs are so high. The system isn’t set up to move kind of upstream; it’s all set up to move down to those ports. “Pretty much everything that is exported out of Ukraine normally is exported by ship out of those ports along the Black Sea and, to a lesser degree, in the eastern ports along the Sea of Azov, which also is part of the Black Sea.”