Roots, tubers and bananas: vital to the One CGIAR portfolio! 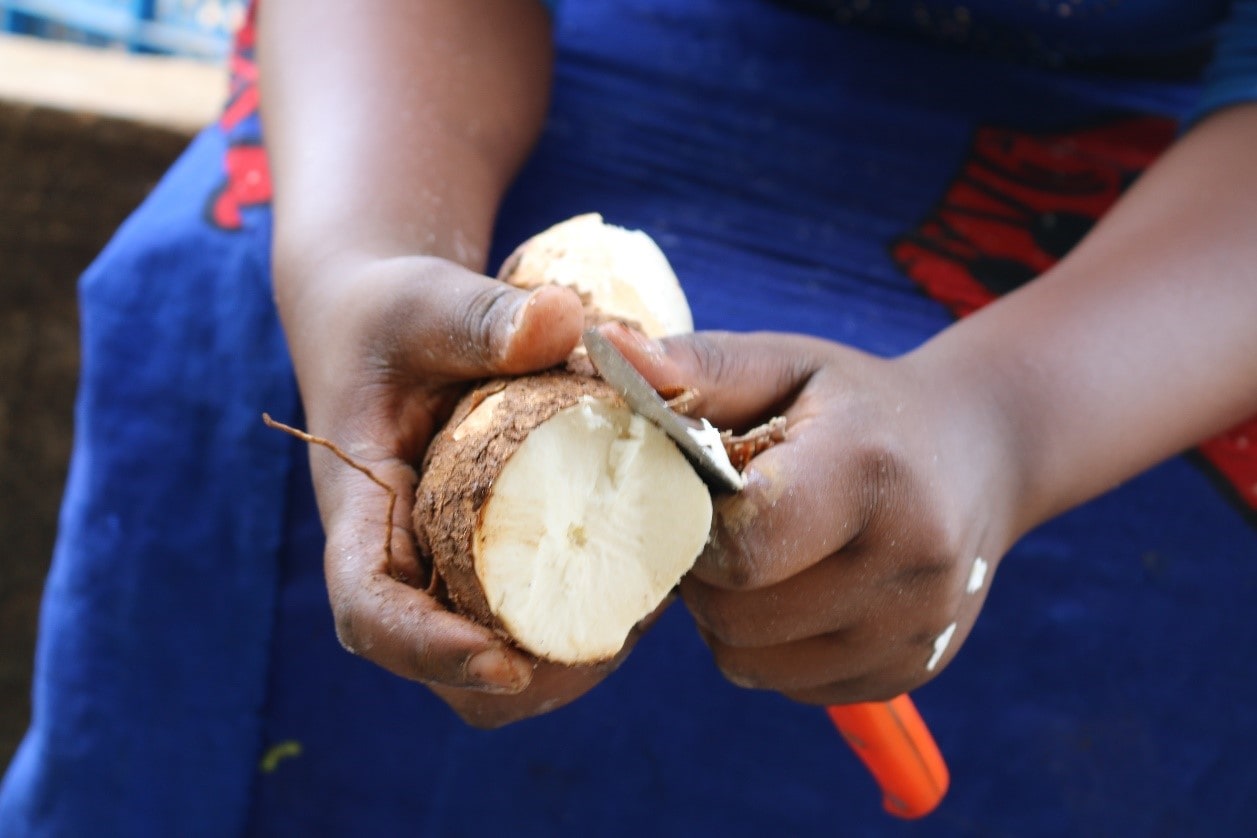 Roots, tubers and bananas are the foundation of food security for millions of people across Asia, Africa and Latin America. They will be increasingly important in response to climate change, population growth and urbanization. They can contribute essential micronutrients such as iron, zinc and vitamin A that are especially important for good health in children and mothers.

A Research Brief from the CGIAR Research Program on Roots, Tubers and Bananas (RTB) makes a strong case for the fundamental importance of its mandate crops within One CGIAR, the ongoing reformulation of CGIAR’s partnerships, knowledge, assets, and global presence.

Graham Thiele, RTB Director, explains: “We are entering an exciting time with the design of the major initiatives for the One CGIAR. We want to make sure that RTB crops get given the attention they deserve, considering their potential contribution as this change happens, and that inspired us to put this brief together. Of course, after reading this brief, we would like all of you to become our ambassadors and help us make the case!”

Across the humid tropics of Africa, RTB crops are the most important staples. They supply 25–57% of calories in the diet. Despite this dependence, the low productivity of RTB crops in sub-Saharan Africa reduces their contribution to addressing undernutrition in rural populations. At the same time, inefficient traditional post-harvest management and supply chain logistics for RTB value chains mean that countries import large quantities of staple grains for rapidly growing urban populations. Outside the humid tropics of Africa and in most of Asia and Latin America, RTB crops are important in rotation with cereals and legumes and in agroforestry systems. Roots, tubers and bananas enhance resilience because they often have key traits that enable them to survive shifting weather patterns, including droughts and flooding, adverse soil conditions like salinity and waterlogging, as well as catastrophic events such as tropical storms (because roots and tubers are buried safely underground).

Research will be needed to equip RTB crops to play an even greater role in response to population growth, urbanization and climate change, and to contribute to the Sustainable Development Goals (SDGs). For example, climate change means that maize may be vulnerable to more frequent droughts, while cassava and sweetpotato are more resilient under such conditions.

Where market conditions are right and new technologies are available, as in Southeast Asia for cassava, yield increases have been considerable. Attention needs to be given to creating the right incentives for innovation. For example, some public-sector investment for early generation seed can complement the private sector in seed systems and make a difference in adoption rates and productivity. With further research and development, enhanced yields of RTB crops will help to address the SDG 1 goal of reducing poverty. To date, however, research investment in RTB crops has lagged.

Women especially stand to benefit from growing and using RTB crops. At present, yields on women-led farms are often lower as a result of gender-specific barriers. Research is needed to improve yields for women farmers and to enhance their role in the production of value-added foods for urban consumers.

Tawanda Muzhingi, former leader of flagship project four, explains: “RTB-based products, such as orange- fleshed sweetpotato purée-based baked products, are already developed, promoted and being taken to scale in African markets.” Many of these efforts on OSFP purée are led by women, empowering them at the same time as showing that RTB crops can make a huge contribution to good health and well-being, the goal of SDG 3. Orange-fleshed sweetpotato, selectively bred to deliver enhanced levels of vitamin A, has already reached 6.2 million households across 15 countries in sub-Saharan Africa. This is just a start. There are now cassava and banana varieties high in vitamin A, and potatoes have been bred with significantly higher levels of iron and zinc. These efforts need to increase and be scaled up.

RTB crops are also important to meet SDG 2, which targets zero hunger. Because they are produced, processed and traded locally, they are less susceptible to price shocks in international markets and disruptions in global trade. This can be considered another aspect of their resilience.

While considerable strides have been made in demonstrating the power of RTB crops to fight hunger and nutritional insecurity, huge challenges remain. The widespread low productivity of RTB crops, their bulk and perishability, and their relative neglect by decision-makers are all preventing them from playing a bigger part. The Research Brief sets out 10 priority areas for research and scaling for RTB crops in the context of One CGIAR. These priority areas include:

The production of RTB crops will have to almost double by 2050 to keep up with growing populations and increasing demand. The Research Brief sets out ways that One CGIAR, through continued work on roots, tubers and bananas, will make multiple contributions to meeting the Sustainable Development Goals.