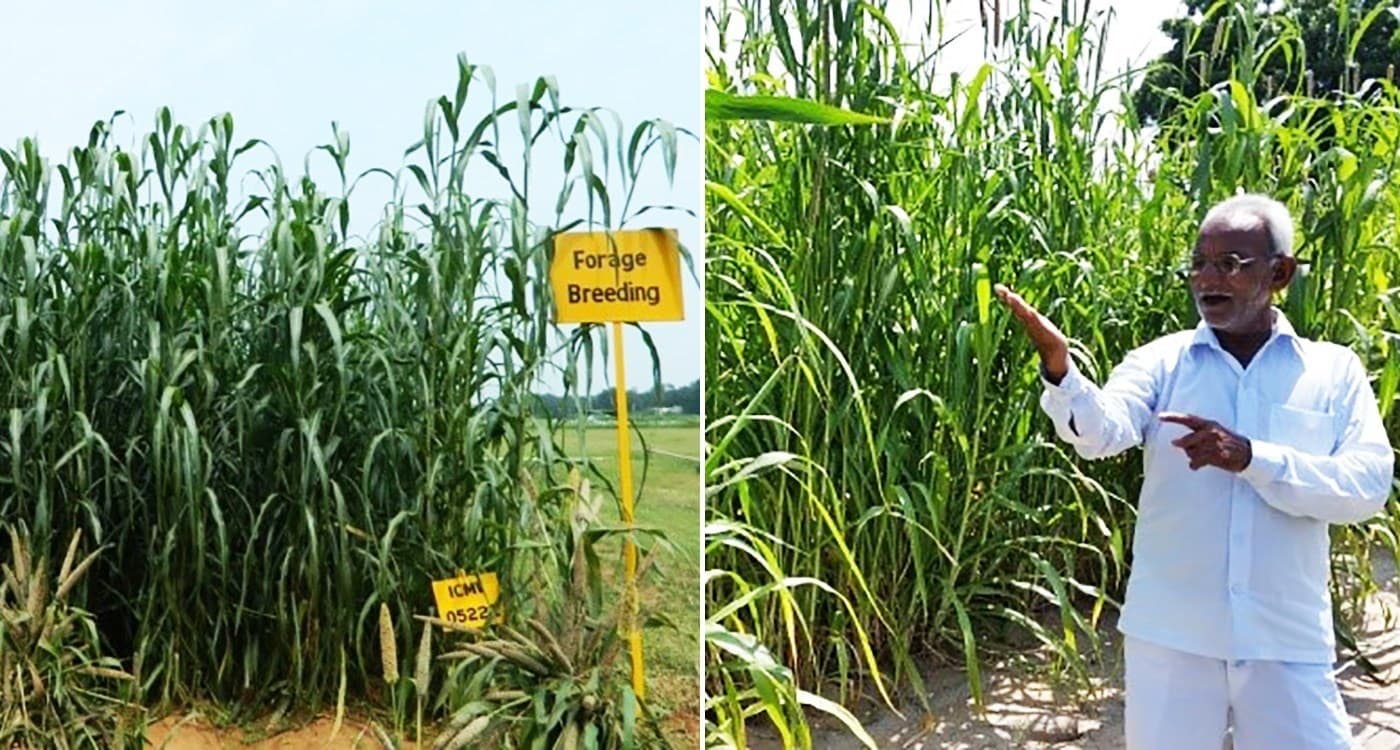 Farmers in the states of Telangana, Tamil Nadu, Karnataka, Kerala and Puducherry can now cultivate these high-forage pearl millet cultivars to ensure feed security of their livestock. These varieties are also resistant to leaf spot and blight diseases.

Driven by feedback from partners that lack of sufficient fodder is the major constraint to livestock production in smaller farming communities in the arid and semi-arid regions of India, the ICRISAT pearl millet team worked on the development of promising multi-cut forage varieties in association with Professor Jayashankar Telangana State Agricultural University (PJTSAU), Hyderabad. This resulted in the release and notification in 2020 of two forage pearl millet varieties – TSFB 15-4 and TSFB 15-8. The two varieties can be cultivated as rainfed crops in the rainy season and as irrigated dry crops during summer.

The varieties were developed through recurrent selection breeding methodology in association with Dr T Shashikala, Forage Breeder from PJTSAU.

Dr SK Gupta, Pearl Millet Breeder at ICRISAT, informed that based on three-year (2016-2018) multilocation evaluations in the south zone, TSFB 15-4 and TSFB 15-8 were released for their superior performance over national and zonal checks.

Find out how these two new cultivars fared against standard checks: http://gldc.cgiar.org/rising-fodder-shortage-prompts-release-of-two-pearl-millet-varieties-with-superior-and-higher-forage-in-south-india/