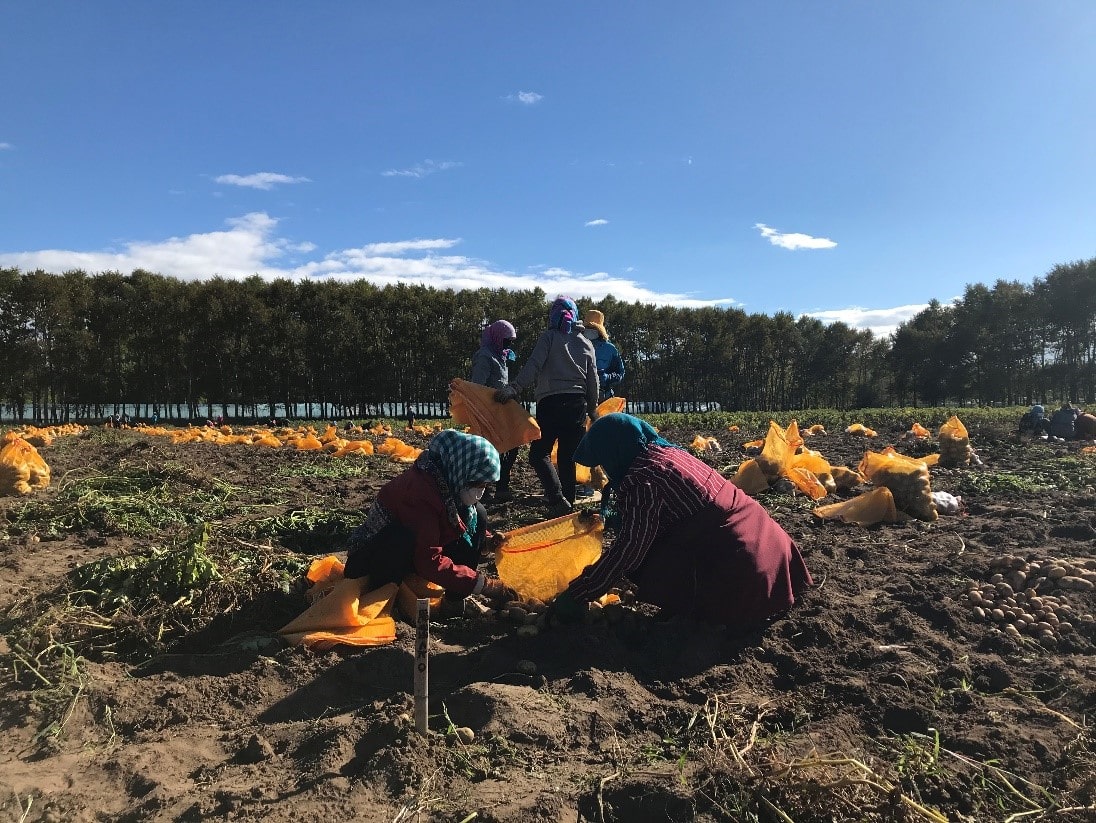 Adding a winter crop of potatoes to rice cultivation can increase farm profitability and food production. However, pests and diseases will have to be managed in a way that minimizes the overall environmental impact of double cropping. Research in Bangladesh, India, and China supported by the CGIAR Research Program for Roots, Tubers and Bananas (RTB) demonstrates that sustainable intensification practices like a potato-rice rotation can produce more food without expanding farm size.

In many parts of the world, the amount of arable land is shrinking due to climate change, population growth and urbanization. Concurrently, we are facing a tremendous food security challenge. Much of the arable land is intensely farmed through monocropping while, at the same time, much fallow land remains under-utilized.

Sustainable intensification (SI) acknowledges the importance of intensifying and diversifying farming systems, but sustainably. “You can define SI in various ways but basically it aims to make more efficient use of land and other resources. The idea is to reduce pressure on the environment without compromising future food production,” said Marcel Gatto, an agricultural economist with the International Potato Center (CIP).

Gatto and his colleagues observed that millions of hectares are under-utilized in rice-based systems, especially in Asia. The study team wanted to see how SI strategies might be used to increase food production and farm profitability while minimizing environmental impact. One study focused on rice production in Bangladesh and India’s state of West Bengal. “There is a period between the two rice-growing seasons known as rabi. It is a short season that is often used to grow a fast-maturing crop like mustard,” explained Guy Hareau, Leader, Social and Nutritional Sciences Division with CIP who co-authored the study with Gatto. “Potatoes are becoming increasingly more important in the region, so we studied the possibilities of growing more potato during rabi.”

According to the study, producing two rice crops per year (rice-fallow-rice) costs farmers on average $1,626 per ha with net returns of just $327. “When farmers replace the fallow with potatoes, their production costs rise 47% to $2,396, but profits more than triple to $1,124,” said Gatto.

To add a potato harvest to the calendar, farmers would need to invest more in labor, irrigation, fertilizer and pesticides. Quality seed potato is another expense. To capitalize on the short rabi season, farmers also need to plant early maturing potatoes with irrigation, but these off-season tubers may also fetch a higher price. Alternatively, early maturing rice varieties could be planted, hastening the cereal harvest just enough to allow medium maturing potato varieties.

Hareau pointed out that in addition to recommending early maturing varieties, CIP and partners are testing innovative farming practices such as mulching and potato zero-tillage in India and Bangladesh, which will be part of an upcoming GIZ-funded project. Evidence from an ongoing World Bank-funded project in Assam, India, suggests that zero-tillage and mulching can increase yields while lowering agricultural inputs.

South Asia offers great opportunities for additional rice-potato rotations. About 7% of the potato region in West Bengal and Bangladesh is planted to early maturing, winter potato varieties, but they could be grown on an additional 6.2 million hectares. “The potential is there, but so are the challenges,” said Gatto. “A viable system will also require faster maturing potato varieties, access to disease-free seed, water-saving irrigation techniques and soil fertility strategies.”

Another CIP team also explored opportunities for SI in China where per capita potato consumption has nearly doubled from 2007 to 2019. The researchers wanted to determine the potential area for a rice-potato rotation and its ecological and economic benefits.

“The study found quite a lot of room for expanding potatoes,” said Philip Kear Country Liaison Scientists at CIP. “In the winter, some 16 million hectares could be planted with potatoes, as a rotation with summer rice.”

Many farmers who already use crop rotation plant early-maturing rice to leave more time to grow potatoes. Despite slightly reduced rice yields (early maturing rice varieties tend to yield less), the additional potato season increases overall yields across the entire cropping system, boosting economic gains. The system does require higher input use, which can lower soil and water quality. “However, overall input use can be more efficient in rice-potato systems as the crops jointly require fewer inputs than they do individually,” said the study’s lead author, Yao Lu.  Because people are migrating to the cities, many parts of China now grow two crops per year instead of three, or they harvest once a year instead of twice. A profitable winter potato crop could help reverse this trend.

A winter potato crop can be a money maker for Asian farm families who are willing to make the needed investments. More quick maturing potato varieties may also be required. Adding a new crop can help farm households to produce more on the same area of land, but they will also need institutional innovations to boost demand and to engage more closely with the potato value chain, especially with the private sector. Disease-resistant varieties, high-quality seed and other agronomic innovations may also help to manage plant health without great increases in the use of inputs.

This research was undertaken as part of, and funded by, RTB, CGIAR Research Programs on Policies, Institutions, and Markets (PIM) and supported by CGIAR Trust Fund contributors.