New ICRISAT groundnut varieties to be available from the next season 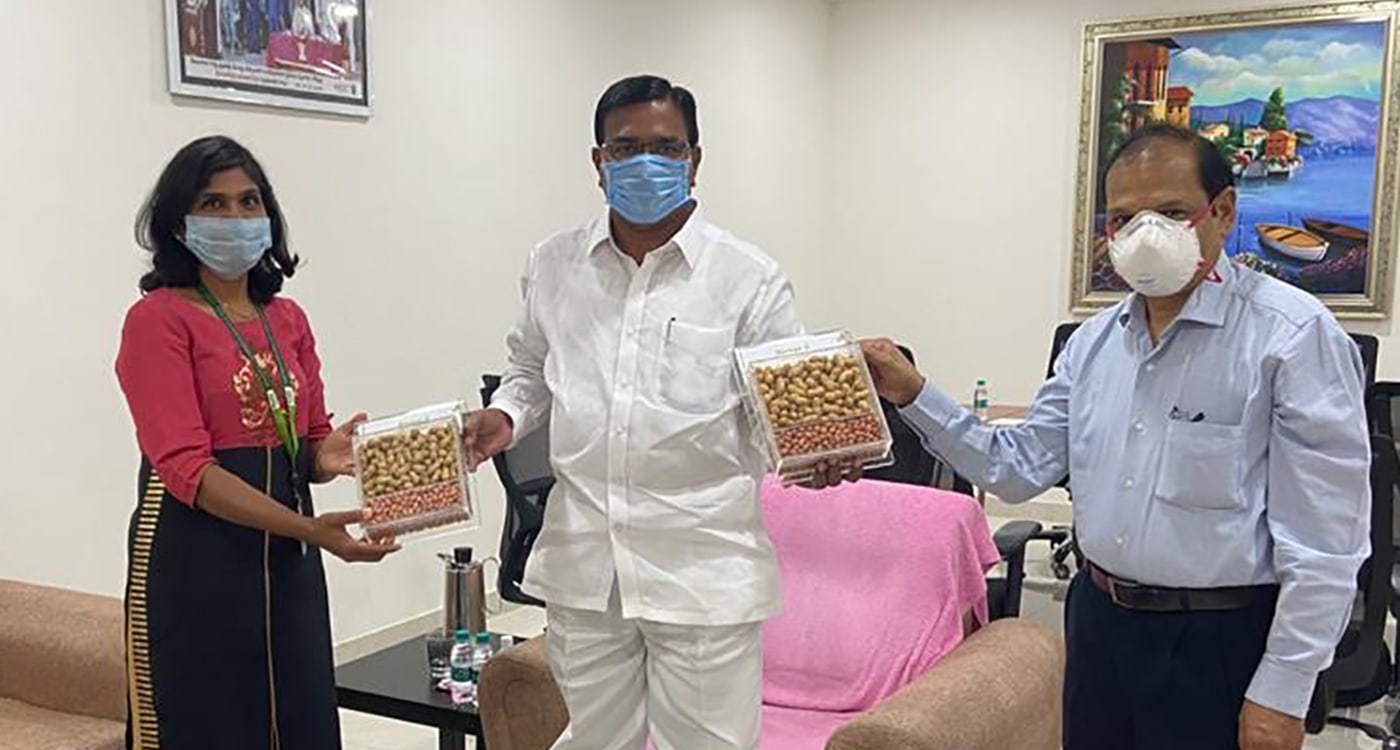 Two new groundnut varieties with high oleic acid content developed by ICRISAT in association with the Indian Council of Agricultural Research-Directorate of Groundnut Research would be made available to the farming community in Telangana from the next season.

This was stated by the Minister for Agriculture, Singireddy Niranjan Reddy, after a meeting with a team of scientists from ICRISAT. The Minister stated that the new varieties known as Girnar 4 (ICGV-15083) and Girnar 5 (ICGV-15090) would be most suitable for cultivation in the erstwhile Mahabubnagar, Rangareddy and Nalgonda districts.

Read more on the benefits of the high oleic content of these groundnut cultivars: http://gldc.cgiar.org/new-icrisat-groundnut-varieties-to-be-available-from-the-next-season/

This story was originally published on The Hindu