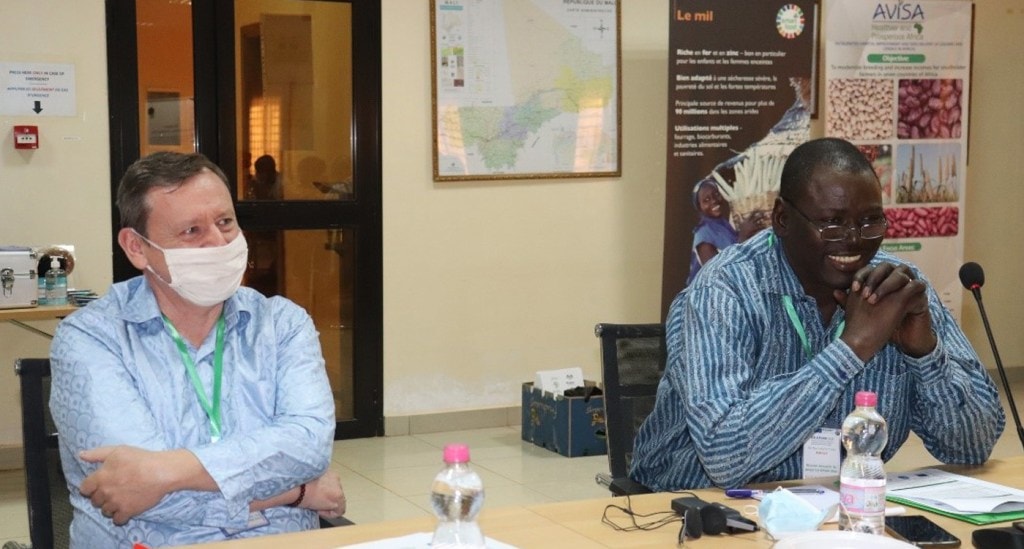 More than 80,000 farmers, seed and grain producers, agro dealers and processors in Mali were reached through radio and TV messaging during 2020. This complemented 145 demonstrations of new varieties of sorghum, pearl millet, groundnut and cowpea for 3,300 producers. Even during times of a pandemic, assistance to farmers must continue, as was aptly shown in the first year of the UE-APSAN-Mali project. Modernization of breeding programs using RapidGen and capacity building of young scientists were other important components of the work.

ICRISAT’s breeding programs are being modernized to rapidly develop climate-smart crop varieties aligned with market demand. This has enabled breeding programs of the National Agronomic Research Institute (IER) in Mali to start off-season production and, using RapidGen (Rapid Generation Advancement) through irrigation facilities, to carry out two generations of breeding material per year instead of one. Last year, varietal trials for the four crops were set up by ICRISAT and IER.

These major results of the first year of implementation of the EU-APSAN-Mali project, implemented by ICRISAT, were announced by Dr Ramadjita Tabo, Regional and Research Program Director, West and Central Africa (WCA), ICRISAT, during the project’s Annual Review and Planning Meeting held at ICRISAT research station in Samanko and at the headquarters of the IER. The main objective of the meeting was to discuss the results obtained during the first year and to take stock of the lessons learned in order to better plan the second year.