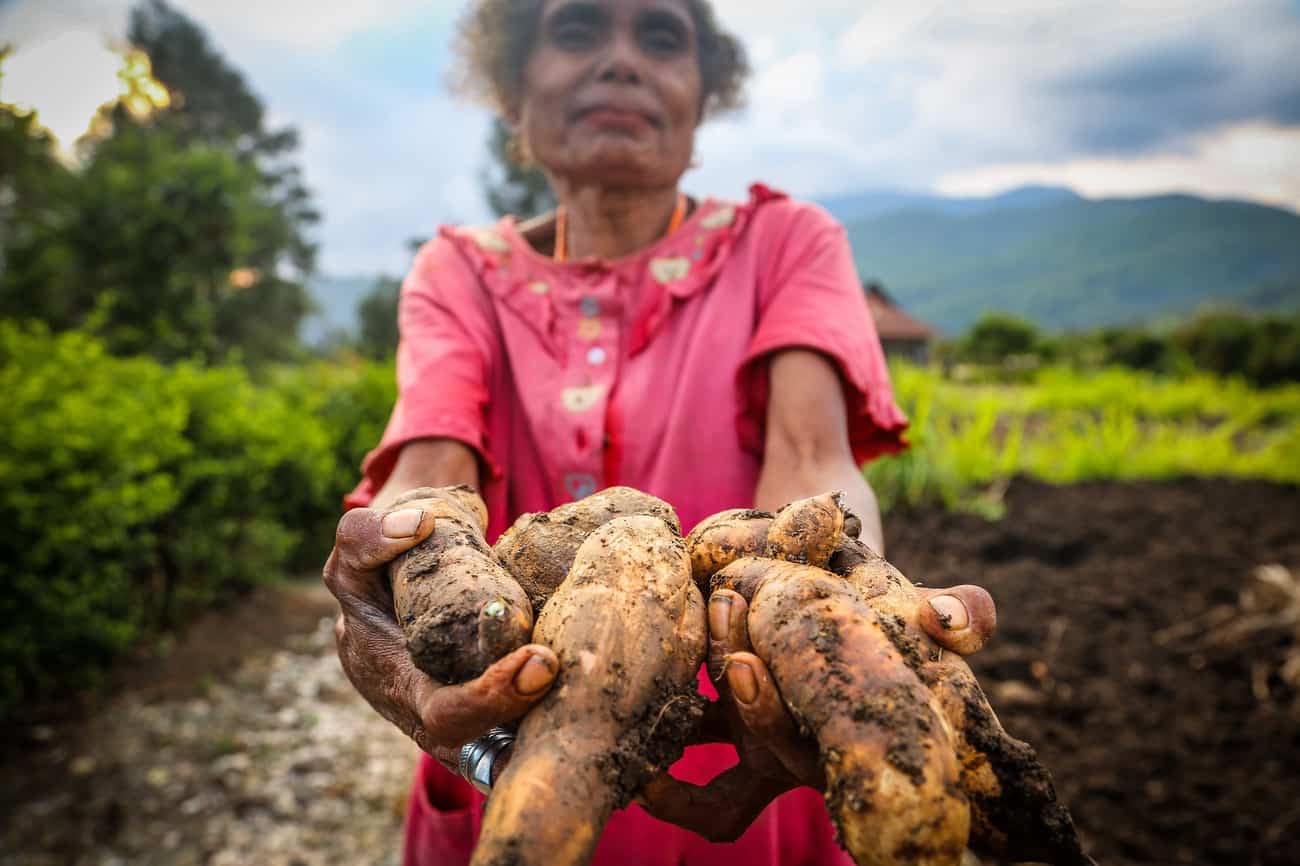 While land titles and other reforms in forest-dwelling communities in Indonesia, Uganda and Peru have improved people’s lives, food insecurity is still a widespread problem, a new study suggests.

The research – presented in a new InfoBrief – was part of the Center for International Forestry Research (CIFOR)’s Global Comparative Study on Forest Tenure Reforms. Researchers divided the different types of tenure reform into three groups: customary, or informal land title; reforms that designate forests for community use on a temporary basis; and full ownership, where communities receive a property right to the land in perpetuity.

“For groups with customary or historical claims to an area, to get your title is a huge milestone, it can be very meaningful, and offer more security over the long term. However, many communities see formal land title as a stepping-stone to improving their lives, but our study suggests it doesn’t necessarily lead to this on the ground.”

Photo: A woman in Fatumnasi holding her harvest, cassava. By Aris Sanjaya/CIFOR