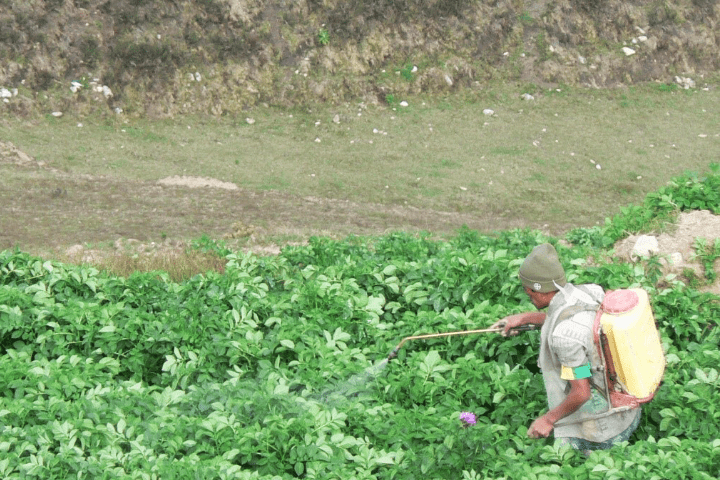 Late blight is the most destructive potato disease in the world. It affects all potato producers (small-scale, commercial, seed producers, even urban producers) and the annual losses in developing countries are estimated at €10 billion. Late blight can attack many varieties of potatoes and most farmers use large quantities of fungicides to control this disease. The fungicides can cause environmental damage as well as human health problems when they are misused, since many farmers do not use protective gear that would prevent contact with this type of pesticide.