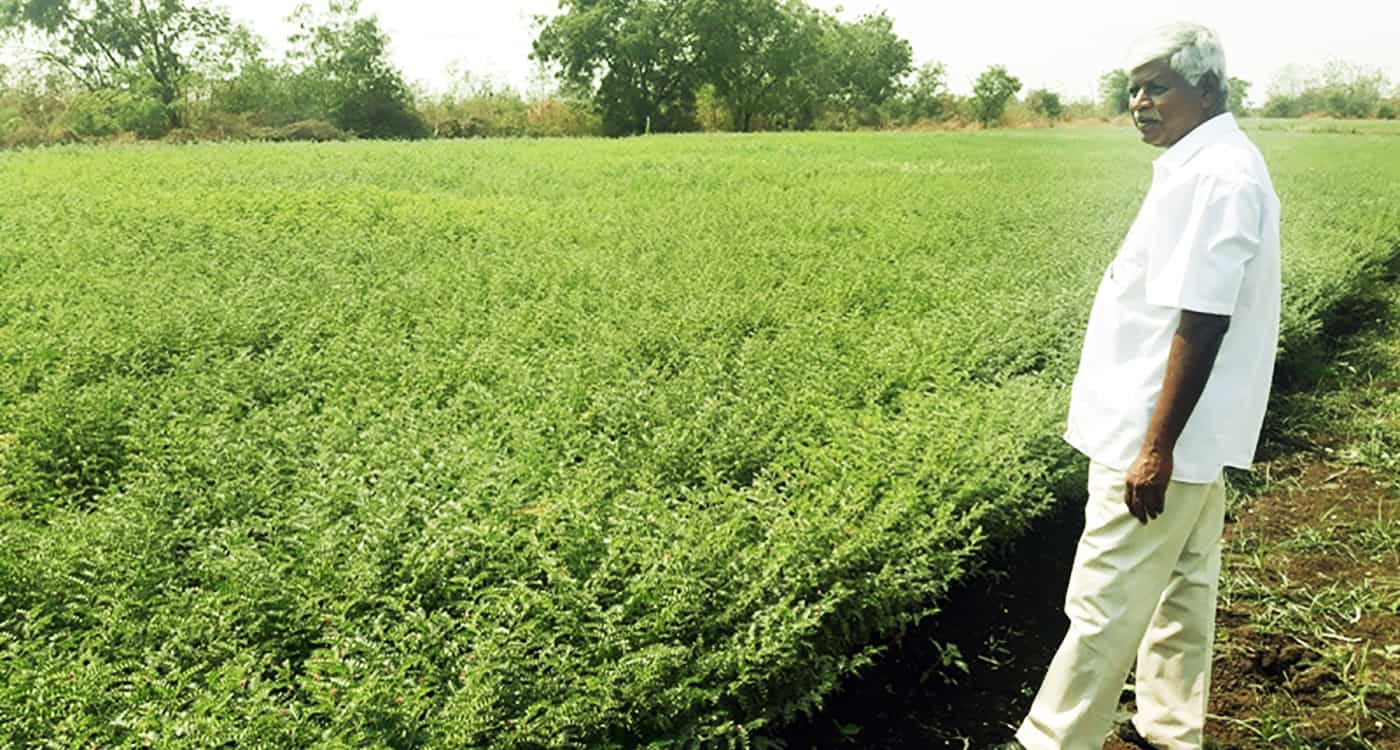 “I cultivated Phule Vikram on 20 hectares and harvested 60 tons during 2018-19. The produce was sold as seed at Rs 70,000 per ton (US$ 1000),” said Mr Chandrakant Ambadasrao Deshmukh, a farmer from the Indian state of Maharashtra, who reported earnings of Rs 3.4 million (US$ 48,600) from his produce. Mr Takalimiya and Mr Rajendra Patel, two other farmers from the state, also said they achieved high yields with the variety.

In Maharashtra, one of the Indian states where Vikram was first released in 2017, the cultivation of machine-harvestable varieties has been rising. The average chickpea productivity in the state in 2017-18 was 892 kg per hectare resulting from total production of 1.84 million tons on 2 million hectares. Farmers cultivating Vikram have reported yields ranging between 3 and 4 ton per hectare.

MPKV has strong collaboration in chickpea breeding with ICRISAT, which has yielded many varieties besides Vikram—Vishal, KAK 2, Virat, Vihar JG 11 and JAKI 9218.