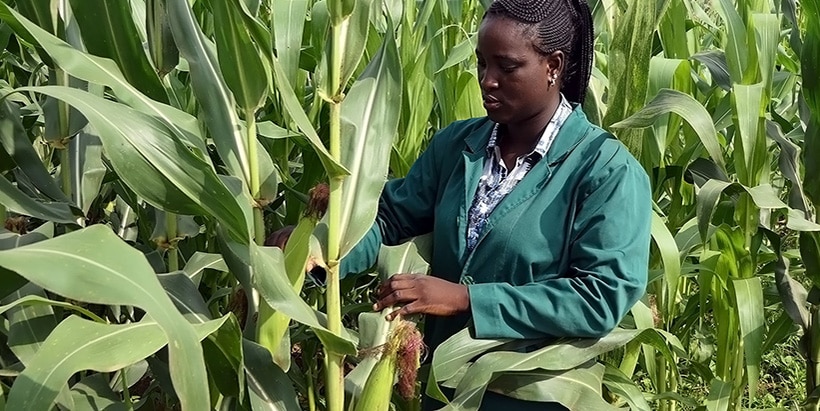 In the op-ed, Kropff and Sanginga make the case for increasing investments in crop improvement and seed systems innovation to cope with the climate variability crisis in sub-Saharan Africa. They said “It is not enough to lower carbon emissions. African farmers need to adapt quickly to rising temperatures, drawn-out droughts and sharp, devastating floods. With higher-yielding, multiple stress tolerant maize varieties, smallholder farmers have the opportunity to not only combat climatic variabilities, diseases and pests, but can also effectively diversify their farms. This will enable them in turn to have better adaptation to the changing climates and access to well-balanced and affordable diets.”

CGIAR has been leading technological innovation and deployment to transform food systems for many decades. CIMMYT and IITA are the two CGIAR research centers undertaking innovative maize research and development work in the stress-prone environments of Africa.

CIMMYT and IITA have spearheaded the successful development of improved climate-adaptive maize varieties for sub-Saharan Africa implemented through joint projects such as the Drought Tolerant Maize for Africa (DTMA) and Stress Tolerant Maize for Africa (STMA) in partnership with diverse national and private sector partners in the major maize-producing countries in Eastern, Southern, and West Africa.