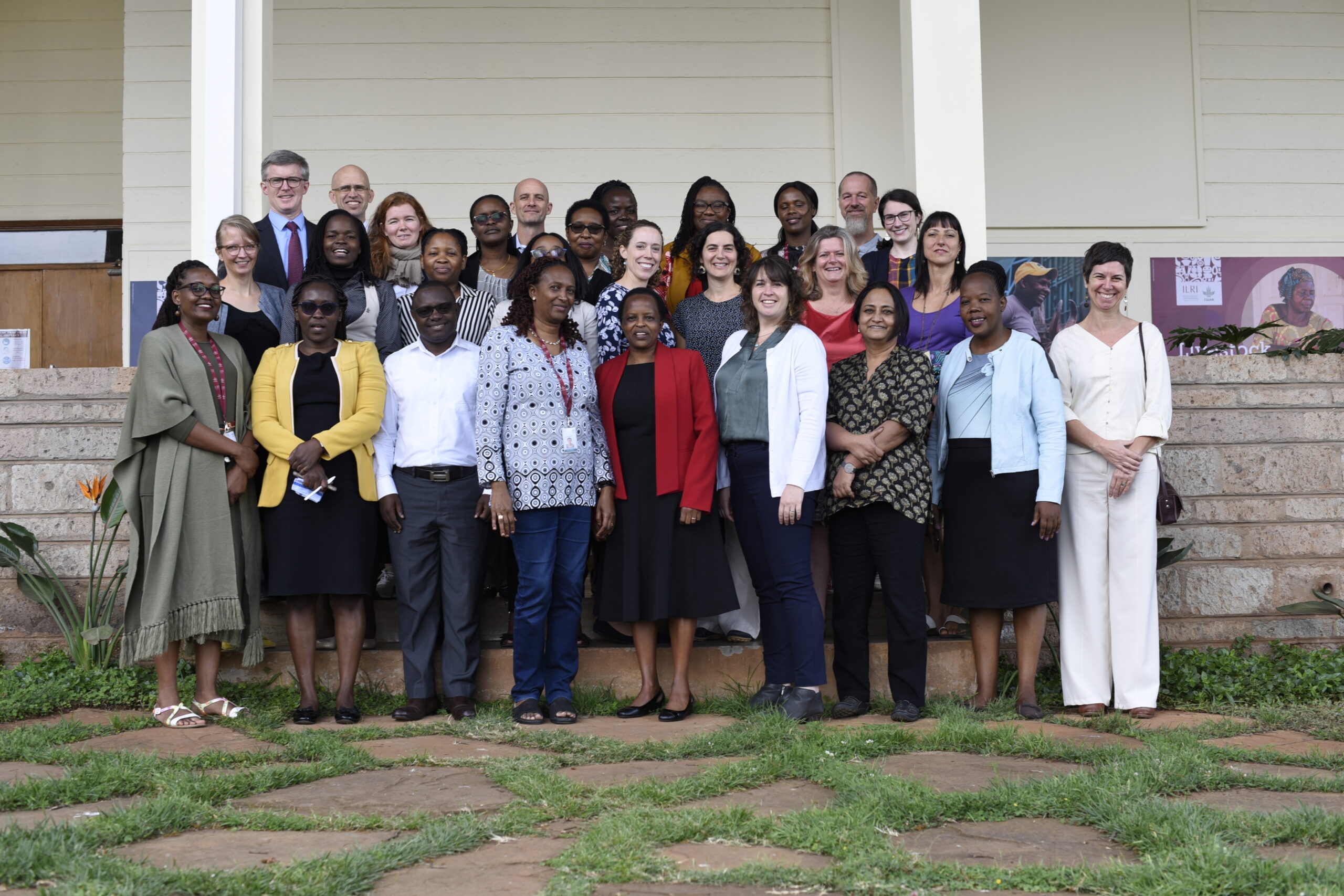 Climate change harms women disproportionately, exposing social and gender inequalities across the globe. At the same time, women are essential for transforming food systems that increase resilience, food and nutrition security and well-being for entire communities. That was the key message delivered at the 1st high-level dialogue on gender and climate change in Africa at the International Livestock Research Institute (ILRI) in Nairobi, Kenya, on 12 October 2022, convened by CGIAR’s Gender Equality (HER+) initiative, designed to address gender challenges in Global South food systems affected by climate change.

Nicoline de Haan, lead of HER+ and director of the CGIAR GENDER Impact Platform, explained the initiative’s uniqueness is that it focuses on gender first. ‘The focus is on gender and climate change rather than climate change and gender,’ said de Haan.

In his opening remarks, George Wamukoya, team leader at the African Group of Negotiators Experts Support (AGNES), explained that lack of gender data is one of the reasons why African countries have been unable to implement gender-in-agriculture action plans: ‘How are you going to recommend policies when you have no data?’ he asked. Wamukoya provoked participants by calling for a move away from activism, asking gender experts to bring evidence to negotiation tables at the international, national and community levels.

Keynote speaker Jemimah Njuki, chief of economic empowerment at UN Women, declared gender inequality within the climate crisis one of the greatest challenges of our time: ‘The climate crisis is not gender neutral. Girls and women are more at risk with unique threats to health, safety and security.’

Njuki made four points on how to improve gender research:

During HER+ Work Package 1: TRANSFORM: Gender transformative approaches (GTAs), Steve Cole, senior scientist and gender specialist at the International Institute of Tropical Agriculture, discussed using GTAs in food systems to overturn normative constraints and build critical consciousness. Regina Mwatha of Kenyatta University’s Gender and Development Studies department further described GTAs as methods to understand and dismantle social norms harmful to women affected by climate change. She raised questions including: Whom do the social norms constrain? If it is women, which women have the least amount of voice?

During HER+ Work Package 2: EMPOWER: Bundled socio-technical Innovations (STIBs) for women’s resilience and empowerment, Ranjitha Puskur, country representative for India and research leader at the International Rice Research Institute, observed that few of the technical innovations that address climate change have been adopted by women. There is a need for systematic evidence and guidance on how STIBs can support women’s empowerment in the context of climate change, she said. Anne Mwatha, a socio-economist at World Vegetable Center, explained that farmers already know the climate issues they want to address. By co-creating with women in agriculture, women can combine climate-smart technologies in ways that best suit their needs.

During HER+ Work Package 3: Gender-responsive social protection for climate resilience and equality (PROTECT), Daniel Gilligan, deputy division director of the Poverty, Health and Nutrition Division at the International Food Policy Research Institute, spoke to a lack of evidence on how large-scale social protection programs can provide rural women the resource base to better respond to climate change. What social protection designs are most effective, and what add-on interventions can further bolster women’s climate resilience? Michael Mulford, chief of party at World Vision International, described promising interventions that have been added to Ethiopia’s national safety net program, including the promotion of sustainable land management strategies, poultry rearing, One Health support and men’s engagement to shift gender norms.

The high-level panel on gaps and opportunities highlighted gender as a complex, relational phenomenon. ‘Climate justice and inclusion are different for different people. Women are not all the same,’ said Hanna Ewell, an advisor at Deutsche Gesellschaft für Internationale Zusammenarbeit. Maureen Miruka, gender and development expert at CARE International, added, ’We need to challenge gender norms, barriers and systemic power imbalances by engaging boys, men, other power holders and traditional governments.’

In conclusion, the HER+ first high-level dialogue raised the need for more data, inclusive voices, involvement of men and boys and increased communication across all levels of policymaking. These discussions feed into the upcoming 2022 United Nations Climate Change Conference deliberations on how to improve gender equality for greater climate resilience.