Food price shocks and diets among poor households in Egypt 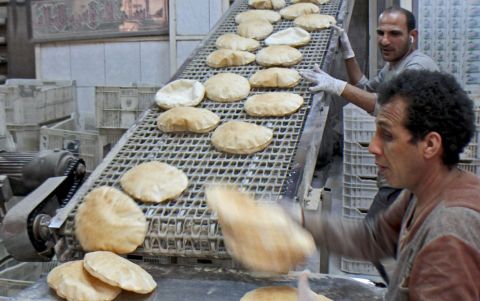 Because of its dependence on food imports, Egypt is particularly vulnerable to the high world food prices and trade shocks triggered by Russia’s February 2022 invasion of Ukraine. Imports account for more than 40% of Egypt’s calorie consumption, and the country is the world’s largest importer of wheat, with about 85% coming from Russia and Ukraine before the war began. Since then, supply disruptions, high global market prices, and other factors have led to sharp rises in domestic food inflation, which reached 31% in November. This in turn is a major driver of rising overall annual inflation, which soared from 6% to 19% in between January and November 2022 (CBE, 2022)—the highest rate in five years.

In this post, based on a recent survey, we assess how Egypt’s poor households are responding to these economic stresses, and how the Egyptian government’s social protection efforts have affected consumption since the conflict began. In general, the survey indicates that many poor households cut back on consumption of some unsubsidized nutritious foods while consumption of subsidized foods remained unaffected, suggesting an important role by the national food subsidy program.