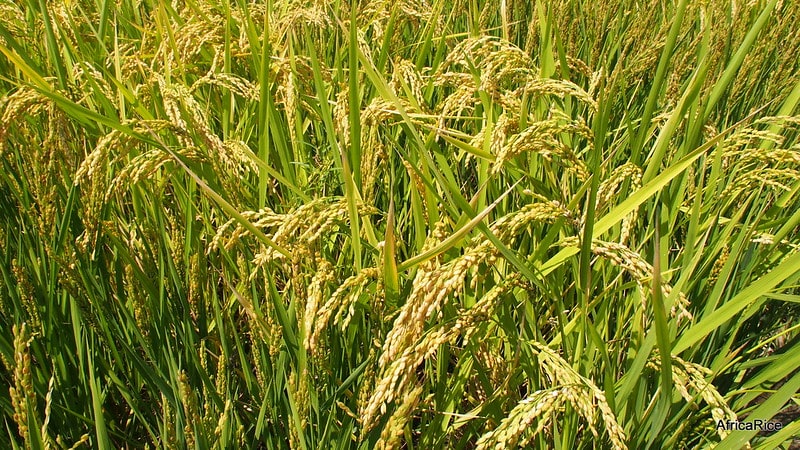 Since the beginning of 2020, the world has been facing one of the most serious public health crises in the century, caused by the coronavirus (COVID-19) pandemic. The first consequence of this pandemic has been the reduction in mobility between countries, as part of a global restriction order with border restrictions, travel bans, closure of various amenities and services. Although these measures have contributed to slow down the spread of the virus, they have led to an increase in disruption of the global food system and logistics with the increase of transportation costs across the globe.

In 2021, when travel restrictions were lifted, many people resumed traveling with sudden start of international exchanges. This has resulted in high demand of transport logistic and increase costs for transporting goods around the world. In addition, fertilizer supply decreased due to high production costs induced by soaring prices of natural gas required for fertilizer production.

These factors affected the price of fertilizers in 2021, which rapidly increased throughout the year (Figure 1). These were coupled with the already existing challenges of how to ensure that smallholder farmers in the Global South have access affordable fertilizers for the planting seasons of 2022. Unfortunately, the new crisis, born out of the war between Ukraine and Russia, has increased the uncertainty of agricultural production especially in developing countries, since it is putting new pressure on the price of fertilizer and staple food such as wheat and rice.

Russia and Ukraine are in effect net exporters of agricultural products and both countries play leading roles in supplying global markets with foodstuffs and fertilizers (FAO, 2022)[1]. In 2021, Russia and Ukraine ranked amongst the top three global exporters of wheat and maize, while Russia also stood out as the world’s top exporter of nitrogen fertilizers and the second leading supplier of both potassic and phosphorous fertilizers.

Although countries in sub-Saharan Africa (SSA) use less fertilizers, they have an important import dependency from Russia and Ukraine. Russia is the second-largest supplier of fertilizers to countries in ECOWAS, occupying 12% of the market share. In addition, Russia provided more than 80% of potash imports to Côte d’Ivoire, Mali, Niger, Senegal, and Sierra Leone. In 2020, the Democratic Republic of the Congo (DRC) and Mozambique imported approximately 20% of their fertilizer from Russia. Tanzania imported a total 24% of their fertilizer from Russia and Ukraine, while South Africa, the largest importer of fertilizers in the region, imported approximately 11% of its fertilizers from Russia.

In terms of food crop dependency, 44% of total African wheat imports were from the two countries (32% from the Russian Federation and 12% from Ukraine) during the last two years. As many as 25 African countries, import more than one third of their wheat from the two countries, and 15 of them import over half. Thus, the crisis in Ukraine and the sanctions imposed on Russia expose African food markets to heightened risks of tighter availabilities, unmet import demand and increase in the prices of foodstuffs and fertilizers.

This situation threatens a global food crisis in many countries and especially the poorest ones. In Africa, wheat is the second most consumed cereal after maize, and followed by rice. In addition, smallholder farmers are already facing the negative effects of high international food and fertilizer prices uncertainty. Challenges linked to access to fertilizers to produce staple food crops such as rice and the reduction of food supply from main exporters such as Ukraine and Russia, are highly likely to be a source of food insecurity in Africa.

The potential shortage in the supply of major food items such as wheat, combined with rising fertilizer prices, will likely push back millions of people, especially in Africa, into deep food insecurity and poverty. To avoid a repeat of the 2007-2008 food crisis and that of the past two years, necessary and urgent policy measures for sustained agricultural growth, especially for staple food crops such as rice, need to be taken.

Risks faced by the rice sector in Africa

Rice is the fastest growing staple food in Africa, especially for West Africa, where it is the main source of calories compared to other cereals. The combination of COVID-19 pandemic and the crisis between Ukraine and Russia are expected to lead to considerable increases in global and domestic fertilizers and other input prices. This will lead to a sharp drop in the accessibility and affordability of fertilizers, which will result in lower yields and potential reduction in acreage and consequently declining production of crops such as rice in the coming cropping seasons of 2022 and 2023.

Instability of international market of fertilizer and foodstuffs

The recent escalation of conflict between Russia and Ukraine, both playing lead supply roles is putting uncertainty on the global markets of foodstuffs and fertilizers. Indeed, there is uncertainty whether Ukraine will be able to plant and harvest its crops during the next seasons. In addition, Russia will face challenges in exporting fertilizers and wheat in the future, given sales difficulties that may arise because of economic sanctions currently imposed on the country.

Moreover, fertilizer prices, which were already high before the conflict, have now reached record levels in the context of a sharp drop in Russian supply to world market. At the same time, more-expensive natural gas, another Russian export product and a crucial ingredient in fertilizer-making, has led European fertilizer factories to scale back production. This clearly indicates that such disruption, instability, and uncertainty in supply from major exporting countries, could lead to serious price spikes of fertilizers and foodstuffs akin to those witnessed in the 2007-2008 global food crisis, which will certainly affect the poorest and the most vulnerable people in Africa.

Reaction of smallholder farmers to spike of fertilizer prices is likely to result in low use of inputs and low supply of domestic rice production. In many countries that are heavily dependent on fertilizer imports from Russia and Ukraine, particularly SSA countries, farmers may find themselves in a situation of scarcity in the face of the skyrocketing of fertilizer prices. This can lead to a decrease in local rice production and uncertainty on food security.

In addition, if farmers are unable to apply the necessary quantities of fertilizers, there is a risk of having negative effects on the total land coverage. Moreover, there may be similar reaction from rice producers in exporter countries with a drop in productivity and therefore a decrease in production. This means that the supply of rice may decrease both in importer and exporter countries. It is imperative, therefore, to take emergency measures to increase the local production to fill the potential reduction from the rice exporter countries.

Rice represents, after maize and wheat, the third cereal consumed in SSA. As a staple food crop, evidence shows that the consumption of rice is likely not to decrease due to price increase. With high price and scarcity of wheat, however, rice could be a substitute for wheat in household consumption, especially in urban area, leading to increase in rice demand. In addition, it is likely that bakers will substitute wheat by alternative flours. Indeed, as cassava flour is already being used in bread production in many countries, it is likely that cassava will be of first choice and might result in increased propositions of cassava flour in bread. Rice flour could also be used as a substitute. It is likely, therefore, that this crisis may increase the demand for rice.

The rice sector could play an important role in attenuating the negative potential effects of the crisis on the rice market and also on food security, if the following measures are applied:

Two years after the COVID-19 pandemic broke out, SSA is again likely to be affected by the current crisis resulting from the conflict between Russia and Ukraine. Indeed, in the context where fertilizer prices were already high, the conflict between Russia and Ukraine that are two major exporters of fertilizers and foodstuffs, is likely to cause fertilizer price spikes and reduce the yield and production of staple foods such as rice, in both importer and exporter countries. The urgent reaction of policy makers indeed resulted in attenuating the effect of the COVID-19 pandemic. This brief again calls for their timely action of suggestions to increase the resilience and coping strategies of rice-based agri-food system actors for food and nutrition security.

[1] FAO, (2022). Information Note-The importance of Ukraine and the Russian Federation for global agricultural markets and the risks associated with the current conflict. https://www.fao.org/3/cb9013en/cb9013en.pdf