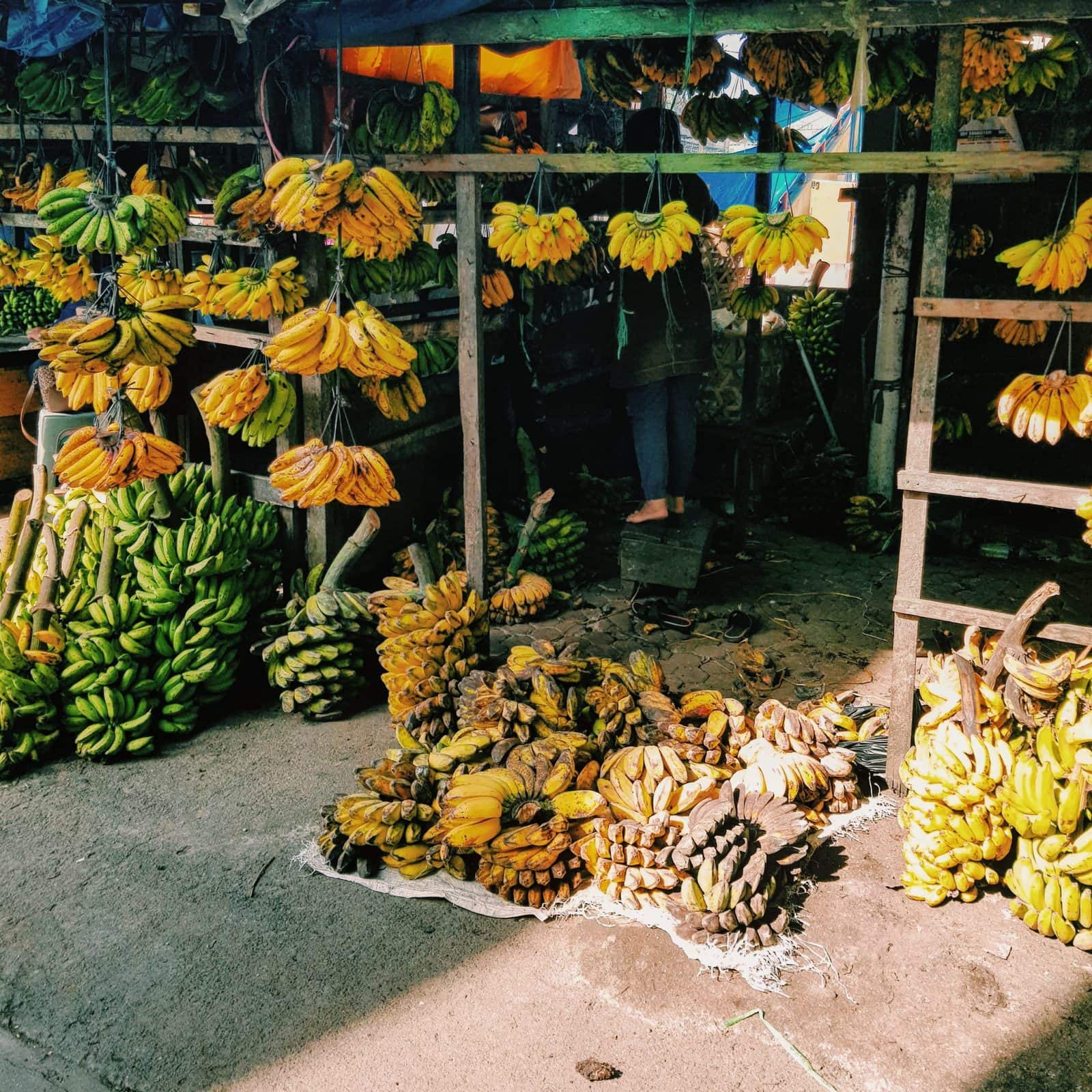 Innovations in seed systems can have a powerful impact on crop production, particularly in combating pests and diseases that take a heavy toll on farmers’ yields and incomes. For seed-borne diseases of vegetatively propagated crops, such innovations involve new investments or responsibilities. But how will changes in seed system practices – a critical component of disease and pest management and core agricultural activities that are closely regulated by social norms – fit into the complex web of household priorities and rights? How will they become socialized and shared and who will bear the burden of the extra associated cost and work?

Given the critical bearing that such questions are likely to have on the extent to which innovations are adopted, become profitable and generate lasting household benefits, here at Roots, Tuber and Bananas (RTB) we set out to find some answers.  Taking the case of banana seed system innovations to manage banana bunchy top disease (BBTD) in Cameroon, we studied the social role and decision-making patterns in an attempt to understand social enablers and identify potential hurdles. Banana bunchy top disease has been spreading in Africa since the late 1980s. The disease circulates through infected planting materials, and once on a farm, is spread by plant-feeding insects (aphids). It causes a gradual total collapse of production, making it crucial to source clean material and replant. BBTD, therefore, leads to a simultaneous loss of production and availability of clean seed to rehabilitate infected farms.

Effective management of BBTD relies heavily on making changes in seed evaluation practices, while also modifying seed acquisition channels and acquiring awareness of the existence of the disease in the landscape. Farmers generally select seed from their own gardens or those of trusted neighbors and relatives, since the seed is bulky. Alternative seed sources include laboratory-produced plantlets that often look much smaller and unfamiliar, and need greater initial care than the robust suckers normally planted by farmers. In order to investigate the roles and decision-making rights in the banana production spectrum, we used the  RTB Seed Systems Toolbox’s 4-Square tool to conduct two-dimensional scaling, enabling us to classify each practice as being male or female-dominated and to assess to what degree the decisions around them are shared.

The 4-square tool (four cell analysis) is a participatory rapid rural appraisal used to assess the abundance and distribution of the production of crops, animal and collected species within farming communities. Essentially, each dimension is plotted on two perpendicular axes, thus creating four cells/squares based on both dimensions together (abundant and common; abundant but rare; less abundant; less abundant but common).

The tool has already proved its worth in other contexts, helping to classify land-use and food consumption patterns, agricultural practices and crop and landscape diversity. On this occasion, we used the tool to classify 11 practices in the banana sector as being the responsibility of females or males on one axis, and the decisions around them as being more individual or shared on the other. The results were revealing, enabling us to examine the nexus of agronomy and gender relations using sex-disaggregated data and to pinpoint patterns in relation to labor needs, property rights, production periods and financial control.

Intriguingly, a dominant feature to emerge from the assessment was an extreme contradiction between what women and men thought they did or had rights to decide on in the banana production chain. In a nutshell, while men felt women had more control over activities, women felt the exact opposite. Each saw themselves as doing more than the other sex, but exerting less authority, and this view was consistent between each gender across the three study villages.

Following the exercise, a series of sex-disaggregated focus group discussions within the community led to some interesting revelations. A common theme to emerge was the desire for more control, coupled with a feeling of dispossession. Tellingly, it also became clear that complex interactions were often involved in making specific decisions. For example, a number of decisions were taken by men but informed by women.

A case in point – and one highlighted in the study of the 4-Square exercise – concerns decision-making to identify sites for new gardens in the virgin forest. While men described themselves as ‘creatures of the forest’, having ‘natural control of land activities in that space’, and ‘being naturally knowledgeable of where to plant’, they did not provide much evidence of the criteria used in site selection. This knowledge was ‘natural and intuitive among men’, they felt. Women, however, were able to articulate the characteristics used in selecting sites. Factors that influenced their choices included soil evaluation (gauged by running it between fingers, seeing if it was bouncy underfoot and counting organisms in a handful), and an assessment of the undergrowth and general vegetation. Such evidence would then be forwarded to men to make a decision.

Similarly, women were identified as responsible for seed selection, and indeed, identified more symptoms of BBTD and other potential seed health issues than did men, though they planted comparatively less seed in their own gardens. Together with land ownership, gender norms combined to determine who benefited from seed selection activities.

Together, these tools informed us of the need for a multi-stage evaluation of decision-making and the complexity of social powers relating to the process of decision ownership. Seed evaluation, on the other hand, involved multiple non-seed characteristics such as social links and reputation of the owner, observation of the specific mother plant and productivity of the entire garden. BBTD symptoms were rarely mentioned in seed assessment, mostly among men. If the source was trusted, the seed was also likely to be trusted.

In the specific case of the banana bunchy top disease in Cameroon, where it was first reported in 2009, this new knowledge is likely to have significant implications. Innovations aimed at managing diseases in smallholder systems often require some degree of adjustment at the household level, and the strategy for managing BBTD is no exception. It involves adopting a set of new practices, relationships and knowledge sets and implementing these to benefit from the associated advantage. For example, reducing disease risk in mother plants and seeds may require sustained visual detection and elimination of infected plants in seed mother gardens. These add additional management steps to banana production, for a crop that previously required negligible management practices after planting.

Such changes may burden one group relative to another, or lead to some loss of control or perceived direct benefit, so it is essential that they are accepted by consensus. Creating a discussion at the household level regarding the changes that such innovation will entail, and their implications for both genders is a powerful means of understanding necessary social modifications and support systems to make a technology adaptable. It also paves the way for wider debate and reflection within a community that could create opportunities for accommodating new practices and the equitable sharing of their benefits.