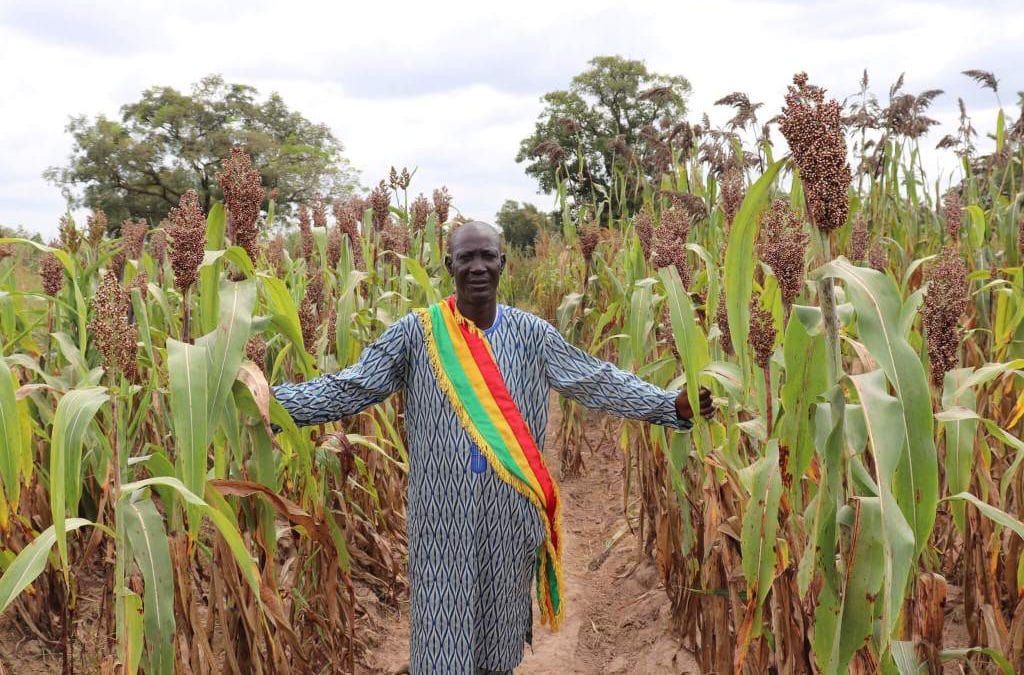 The Africa RISING project draws to a close in June 2022

On 11 and 12 November 2021, Africa RISING project partners, farmers and stakeholders in Mali convened at the technology parks in Bougouni and Koutiala regions for the last farmer’s field day of the project as it draws to a close in June this year. Technology parks within the project have introduced farming communities in southern Mali and beyond to numerous improved technologies and best practices for soil fertility management, including erosion control through contour bunding, improving fodder production for livestock feeding, and introducing new cereal, legumes, and vegetable crop varieties.

Dr Fred Kizito, the project’s Chief Scientist in West Africa, stated that the project has achieved its objectives. “We identified entry points for adoption of appropriate agronomic practices in farmers’ own environments. Not only did we introduce farmers to new technologies, we also facilitated access to input and output markets. These actions resulted in making a real difference in their livelihoods. This has also helped facilitate the scaling up of agricultural technologies, and the technology parks have been a platform for a dialogue between farmers and authorities.”

“Farmers were able to replicate some of the improved technologies and agronomic practices on their farmlands and have continued to spread them across different agro-ecologies and geographies,” said Dr Birhanu Zemadim Birhanu, the project’s National Coordinator in Mali. “These technology parks have created an enabling environment for the scaling up of technologies, benefiting thousands of farmers who made use of the knowledge to prevent degradation of their farmlands and to reduce soil erosion in the Africa RISING intervention villages.”