A nutritious option for coping with the wheat shortage in Africa 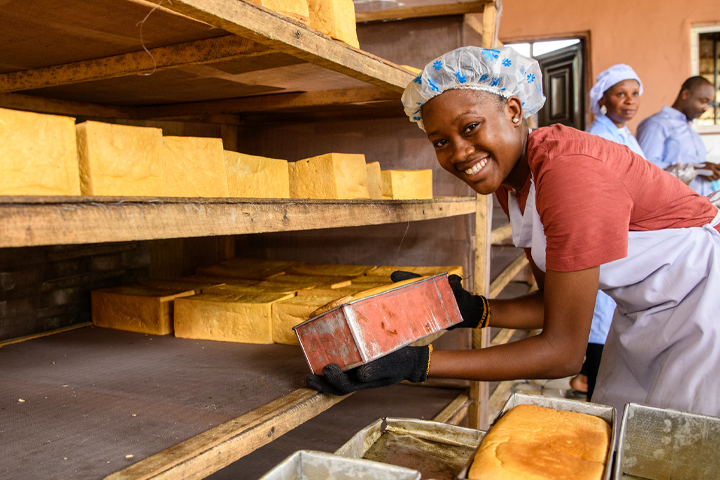 While the Russia-Ukraine war has had repercussions across the globe, it has been especially problematic for bakeries and households in Africa, a region that imports more than 40 percent of its wheat from Russia and Ukraine. While African countries are extremely dependent on imported wheat, and vulnerable to the vagaries of the international market, a growing number of bakers are taking advantage of a home-grown alternative – orange-fleshed sweetpotato puree, which can be substituted for about half the flour in bread or other baked goods.

Root and tuber crops like sweet potato have long been important staples in sub-Saharan Africa, especially among the rural poor, and because they are grown and consumed locally, they can buffer consumers from global commodity price shocks. The production and use of sweetpotato puree, however, is a recent development – part of the CGIAR International Potato Center’s (CIP) promotion of that resilient crop to fight hunger and malnutrition.