A compendium of knowledge on tropical roots and tubers 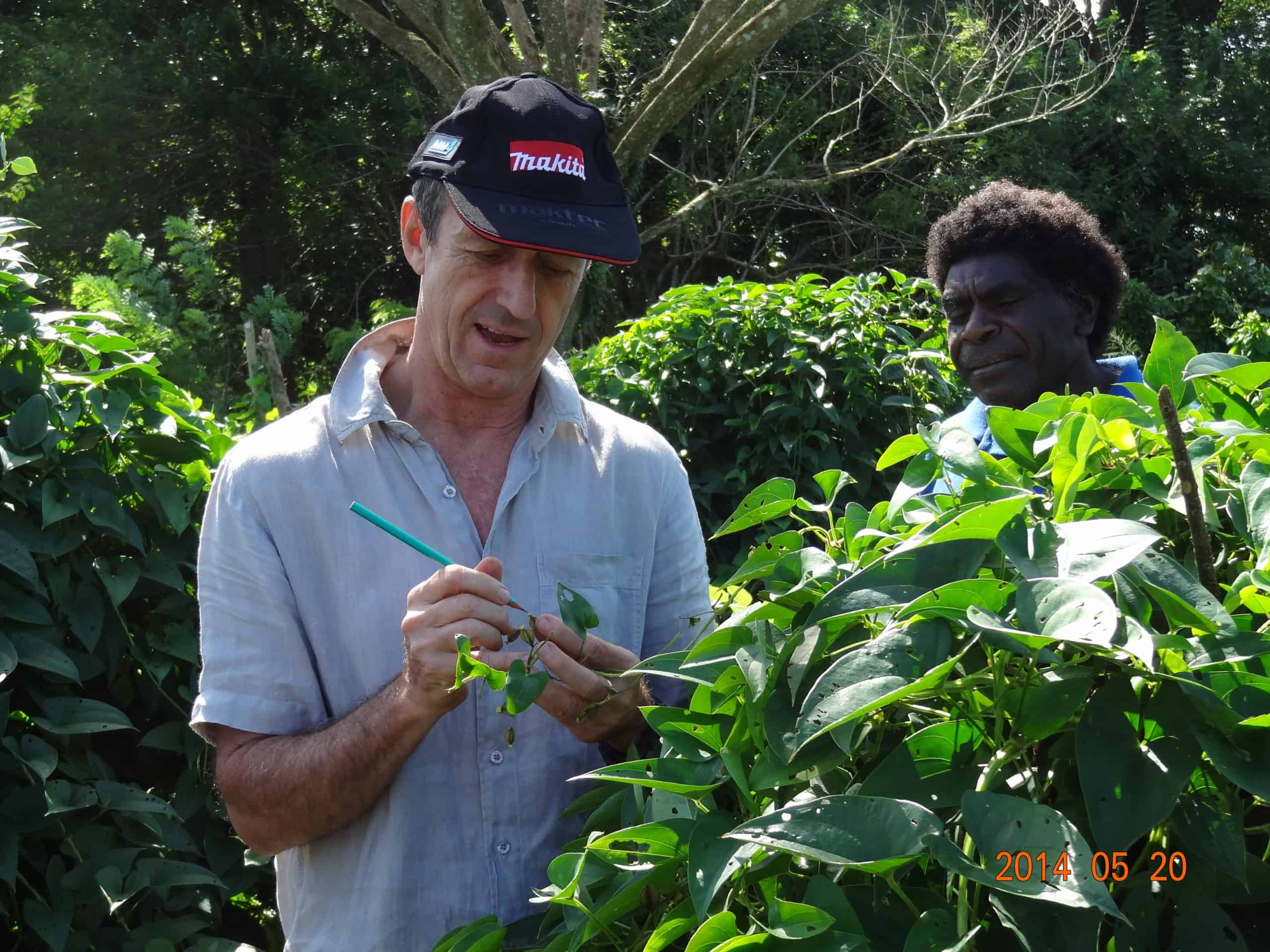 A second edition of the indispensable handbook Tropical Root and Tuber Crops: Cassava, Sweet Potato, Yams and Aroids has been published by CABI. Originally published in 2009, this new edition reflects a decade that has seen renewed interest in and, more importantly, greater investment in tropical root and tuber crops.

“An impressive volume of research has been produced which needs to reach growers,” explains the book’s author, Vincent Lebot, a researcher at CIRAD, the Agricultural Research Centre for International Development in France. CIRAD is an implementing partner in the CGIAR Research Program on Roots, Tubers and Bananas (RTB).

Some of this research has been at the cutting edge of laboratory science, with the various omics – genomics, metabolomics, proteomics – generating fascinating new data and insights  “However,” says Lebot, “developing countries, often with very limited means, may find these hard to absorb. So I decided to focus on applied research results that would be readily accessible and transferable to scientists, technicians and producers.”

Staples of the tropics

The book deals with all aspects of cassava, sweetpotato, yams (Dioscorea spp.) and aroids (Colocasia spp and others), covering their origin, taxonomy, breeding, physiology, agronomy, pathology and processing. Although they belong to different botanical families, roots and tubers are grouped together because they are vegetatively propagated, bulky and perishable.

Roots and tubers are among the oldest domesticated vegetable crops, with evidence of their use dating back 20,000 years in some cases. In the humid tropics they were often the only staple crops, before the introduction of cereals, and they supported large populations. Still today, as a group, they are close behind cereals in their importance for food security, and often much more important culturally. Roots and tubers are also an important source of income and employment, especially for women and in marginal areas.

“Each of these crops deserves a book by itself,” Lebot says. “It has been a rather cumbersome task to reduce the wealth of information available to a single volume, and I may well have overlooked some important data in my efforts to extract the most significant.”

Of interest to all

Graham Thiele, Director of RTB, welcomed the new edition. “It is a unique publication with its comprehensive, scholarly and in-depth treatment across key topics that continue to be of high interest. It is the standard reference on roots and tubers and will be a vital resource for researchers and partners of RTB. We are seeing expanded investment and interest in tropical root and tuber crops and their area continues to expand markedly especially in Africa, making the new edition even more timely.”

The book has three primary audiences. One is researchers in developing countries. Lebot’s goal for them is to demonstrate that problem-solving approaches used for one species – and perhaps the solutions themselves – may often be equally useful for other species. “Therefore, none of these crops should be neglected,” he says.

The book is also for farmers, students, processors, and others with a stake in these crops in developing countries. “I hope to persuade them that dependency on imported food is not inevitable,” Lebot says. The book contains global examples of approaches to traditional and industrial processing, many of which could find new applications elsewhere to develop local crops for local markets, with local agro-processing industries to add value.

A third important audience is people Lebot describes as “working in prestigious international institutions”. Lebot says that many of them “consider tropical root and tuber crops a mere folk heritage of the past that cannot adapt to modern globalization.”

As a locally available source of carbohydrates, tropical roots and tubers can substitute for expensive imported cereals. Beyond that, they may also provide key micronutrients and contribute to more resilient cropping systems.