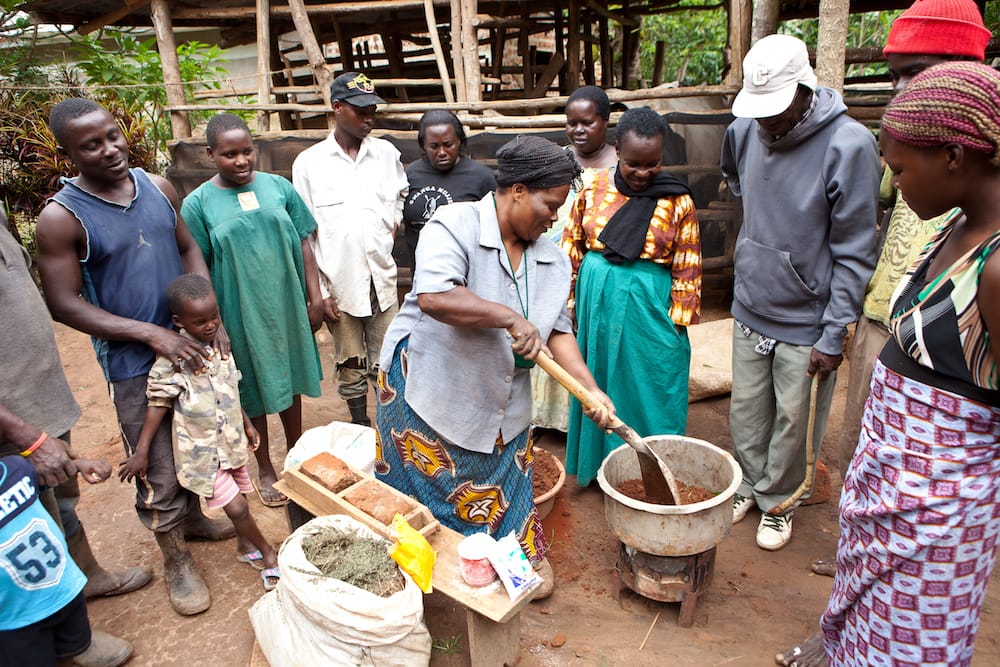 Africa
Maturity Level
Adoption or impact at scale
Stage of Development
Taken up by ‘next users’
Prev. Innovation
Next Innovation
ACTIVE:
2010 to 2020

A big challenge in food systems research is how to reach smallholder farmers with information and advice that could improve their productivity, food security, and livelihoods.

CGIAR researchers and partners found success in getting the latest findings to the field via the Volunteer Farmer Trainers project, whereby local farmers were trained by extension workers to share practical knowledge and methods with others in their communities.

While it was not the first to use this approach, the project was among the first to rigorously assess its effectiveness across different countries and contexts, and identify ways to improve it. The project also demonstrated that farmers as trainers can be successful agents of change.

The research was led by CGIAR researchers at the World Agroforestry Centre (now merged with the Center for International Forestry Research as CIFOR-ICRAF) and the International Livestock Research Institute (ILRI), with support from the CGIAR Research Program on Policies, Institutions and Markets (PIM) and other partners in East Africa and Europe.

Local farmers volunteered to undergo training by extension staff, and then in turn trained other farmers and shared what they had learned. They were supported to host demonstration plots and share the latest information on improved agricultural practices within their communities.

The volunteer farmer trainers were found to be highly effective, training on average 20 farmers per month. As local farmers themselves, they were well-suited to the role – they had in-depth knowledge of local conditions, culture, and practices, lived in the community, spoke the local language, and were able to instill confidence in their fellow farmers.

By 2019, as many as 87 organizations had been part of, or had learned from, the research in East Africa (in Kenya, Tanzania, Rwanda, and Uganda). They had recruited more than 19,000 volunteer farmer trainers, serving about 383,000 farmers.

Importantly, the approach was found to increase the number of women providing and benefiting from extension activities, including in Cameroon, Kenya, Malawi, and Uganda. It showed high potential as a low-cost approach to promoting climate-smart agriculture. And it proved to be sustainable in the long term, continuing to operate effectively beyond the timeframe of the project.

An impact evaluation in a dairy project in Uganda, using a randomized control trial design, demonstrated that two years after the original training, farmers with improved or cross-bred dairy cows in villages with volunteer trainers had increased adoption of improved feeding practices, resulting in higher milk production, compared to farmers in villages without trainers. Two other interventions, signposts at the homes of volunteer trainers and linkages between farmers and nearby extension staff, had further impact on increased productivity. After learning about the project’s preliminary findings, the Government of Uganda included the farmer-to-farmer approach as one of six approaches recommended to extension providers in its 2016 National Agricultural Extension Strategy.

In Rwanda, three years after the end of the project, volunteers were still training farmers with support from the national government, non-governmental organizations and producer organizations. The farmer-to-farmer approach was adopted on a national scale from 2012-2016 with the recruitment and training of 14,200 “farmer promoters”.

In both cases, policymakers’ decisions were influenced and informed by CGIAR research.

Header photo: A volunteer farmer trainer in Uganda trains her peers in how to make mineral blocks for dairy cows. Photo by P. Lutakome 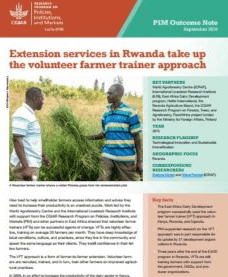 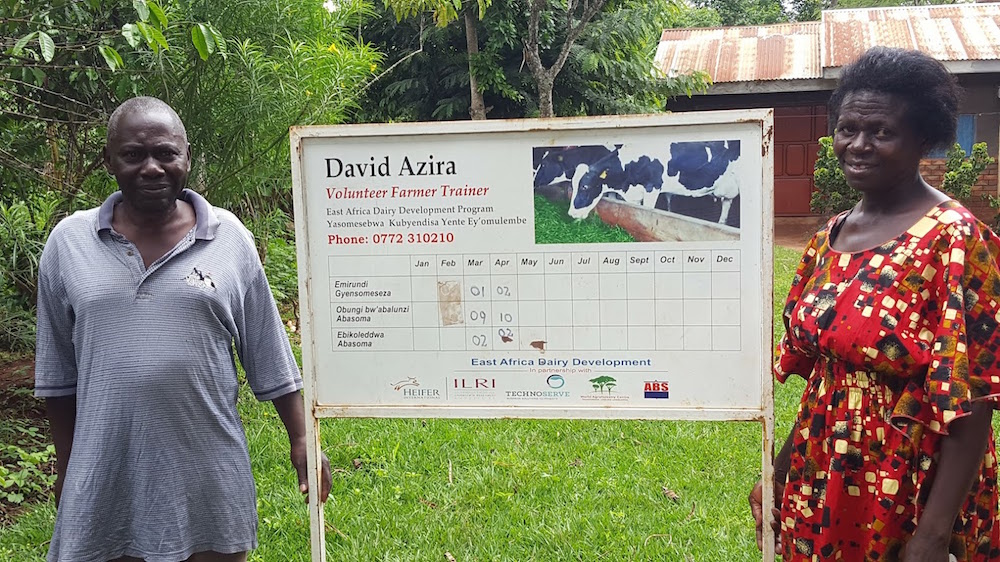 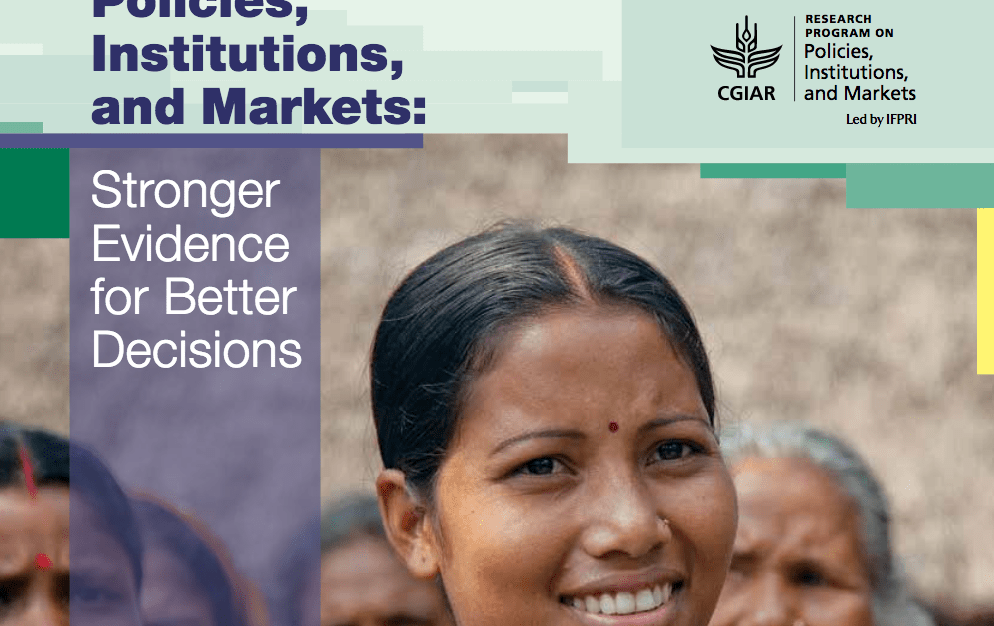 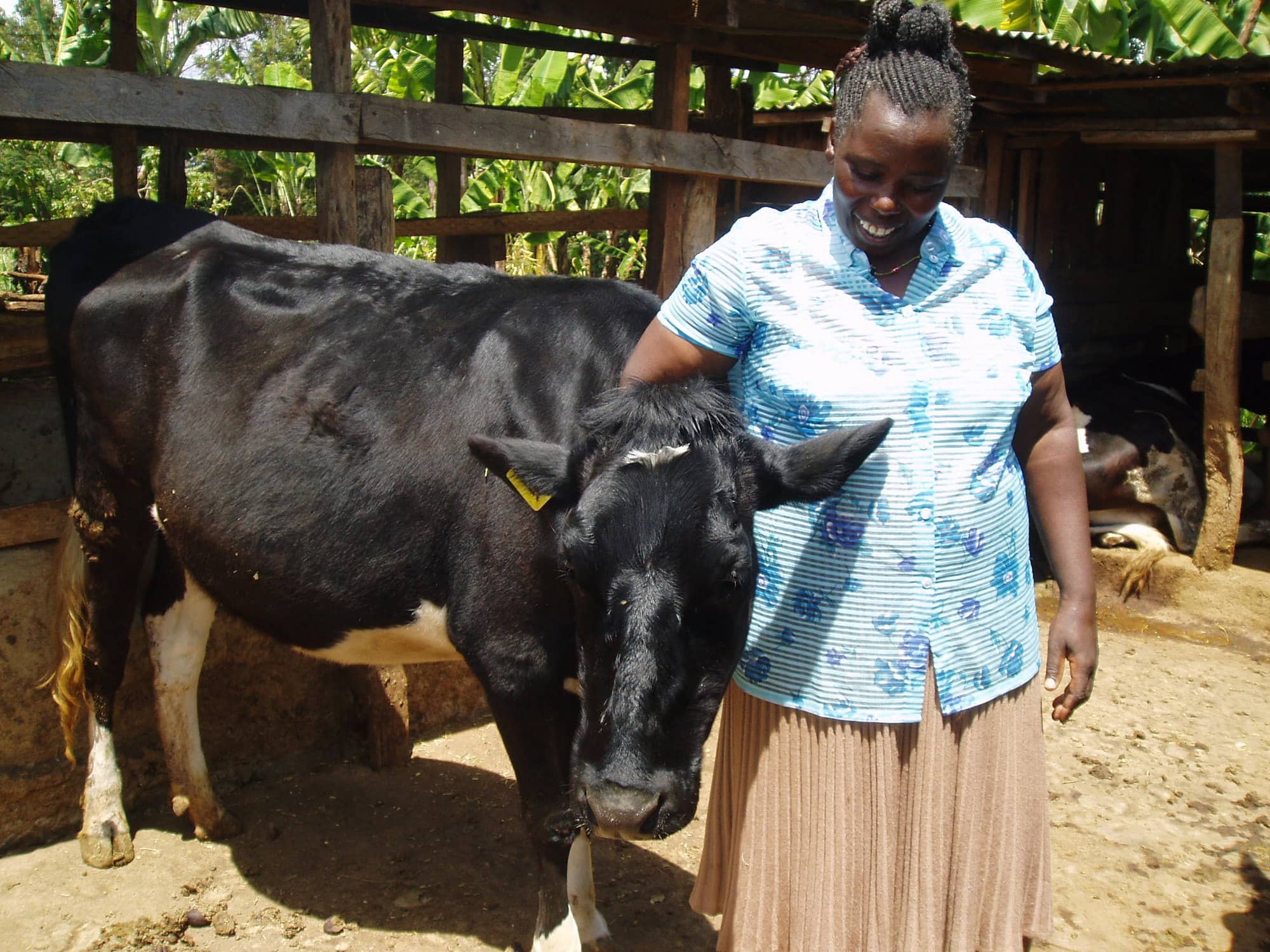