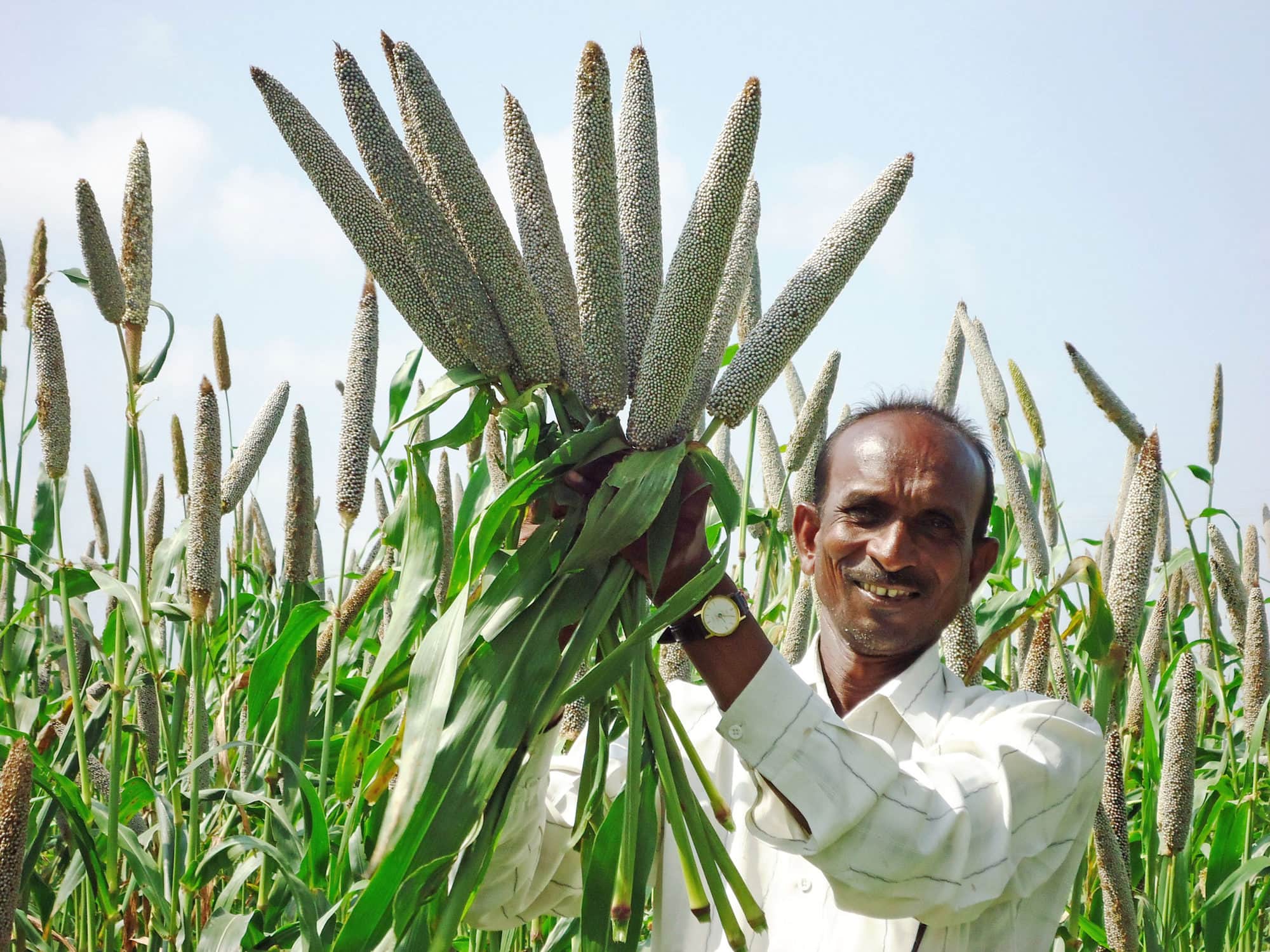 Africa, Asia
Maturity Level
Adoption or impact at scale
Stage of Development
Taken up by ‘next users’
Prev. Innovation
Next Innovation
ACTIVE:
2008 to present

Pearl millet is a nutritious and affordable staple crop in parts of India, relied on by many resource-poor farming families and rural communities. Yet overall dietary health remains poor – 59% of children under the age of five in India are anemic, generally due to a lack of iron in diets, and 38% are stunted, due to a lack of zinc. Anemia further afflicts 54% of pregnant women, posing risks to both child and adult health.

CGIAR scientists and partners have tackled the problem by producing and promoting biofortified pearl millet varieties containing enhanced densities of iron and zinc. Several studies have established an association between iron and zinc density in millet, meaning that varieties high in iron typically contain high levels of zinc as well. CGIAR scientists at the International Crops Research Institute for the Semi-Arid Tropics (ICRISAT) have therefore focused on improving iron density, with zinc density as an associated trait.

The pearl millet biofortification breeding program, supported by HarvestPlus and led by ICRISAT, has made significant progress in identifying sources of high grain iron and zinc density among CGIAR’s collections of advanced breeding materials and germplasm. Breeding efforts have so far produced high-yielding and high-iron hybrids that can support both farmer livelihoods and health.

Seven biofortified pearl millet cultivars have been released at the national level, and two at the state level in India. A serving of 250 grams of the improved varieties can meet 80% of the recommended dietary allowance of iron – exceeding initial the initial target of 70%. The same serving can provide 100% of recommended zinc intake for men and for women who are not pregnant or breastfeeding. For children, a serving of 150 grams a day is sufficient to meet dietary requirements for both iron and zinc.

The approach has proven to be a sustainable way to reduce rates of anemia and stunting among millet-dependent staple food consumers, such as farming families. In 2018, the Indian Council of Agricultural Research took the strategy further by establishing minimum levels of iron and zinc to be bred into national varieties of pearl millet, ensuring better health for all. These high-iron pearl millet varieties reached 125,000 households in India, and were cultivated on 10,000 hectares of land in 2019. 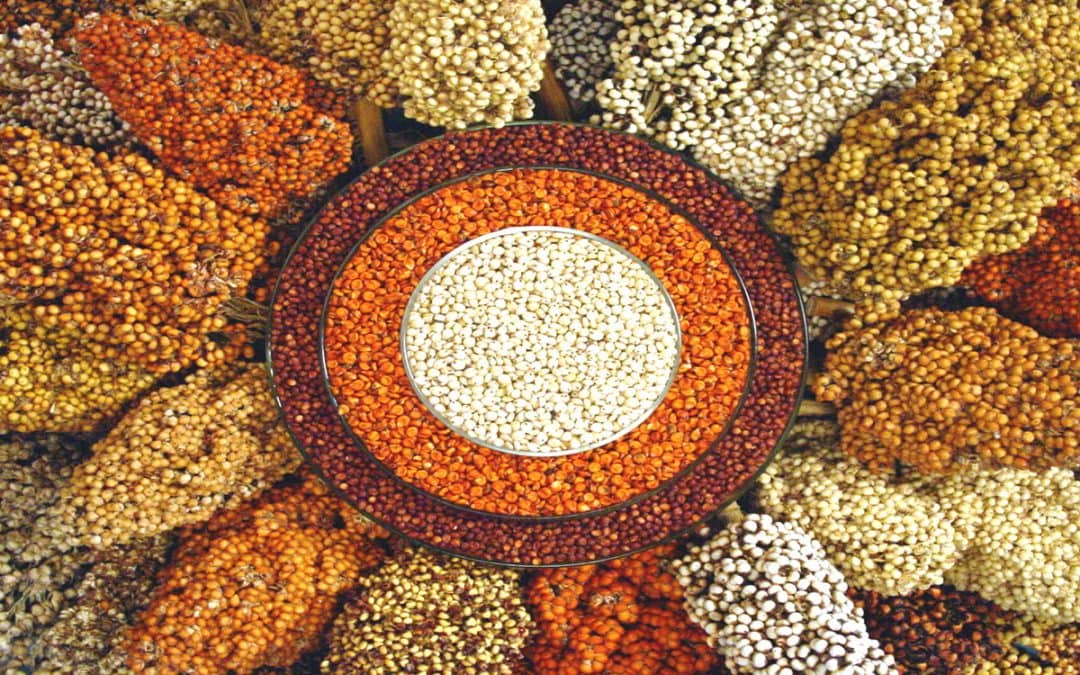 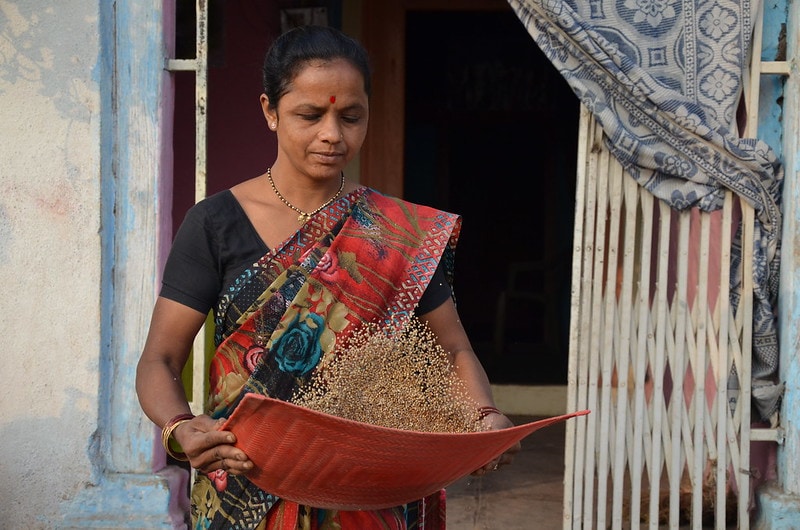 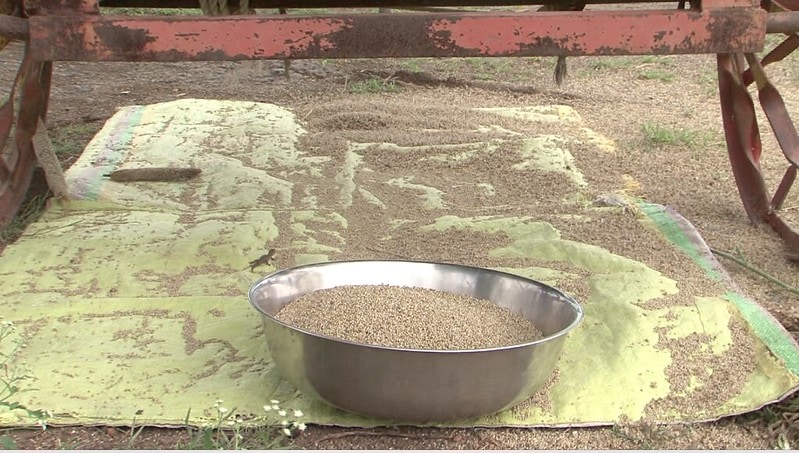 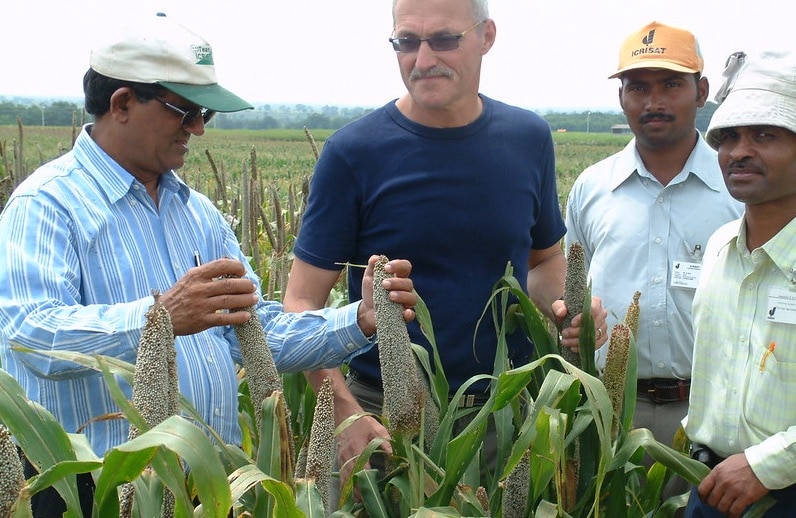