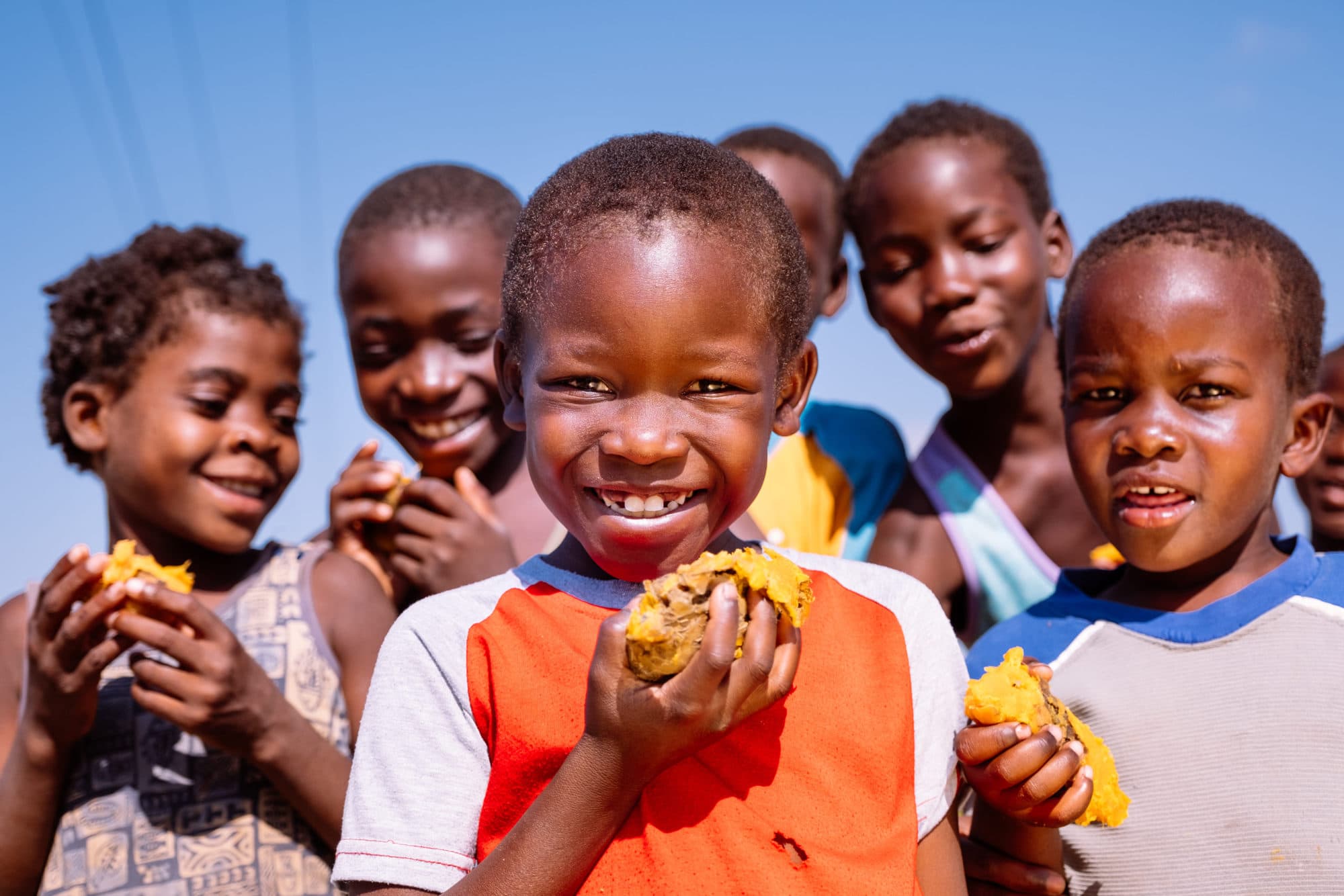 Africa, Asia
Maturity Level
Adoption or impact at scale
Stage of Development
Taken up by ‘next users’
Prev. Innovation
Next Innovation
ACTIVE:
2009 to present

More than 140 million preschool-aged children globally suffer from vitamin A deficiency, primarily in Africa and Asia. The condition weakens the immune system, and is a leading cause of preventable blindness in children, robbing approximately 500,000 children of their sight each year.

Biofortified orange-fleshed sweetpotato, as developed by CGIAR researchers at the International Potato Center (CIP), has proven to be a highly effective tool for tackling vitamin A deficiency in children and women of reproductive age. Rigorous biomedical research has demonstrated that just 125 grams of most varieties of this sweetpotato can meet the daily vitamin A requirements of a preschool-aged child.

To date, more than 6.8 million households in Africa and South Asia are now growing and eating vitamin-A-rich, orange-fleshed sweetpotato

At the heart of this innovation is CIP’s close collaboration with national sweetpotato breeding programs, which has accelerated breeding and contributed to the development of more than 100 pro-vitamin A varieties, adapted to local agro-ecologies and consumer preferences, which have been released in more than 20 countries in Africa and South Asia.

Resource-poor smallholder farmers have successfully grown orange-fleshed sweetpotato across a broad range of tropical production systems with few or no inputs. Many improved varieties are drought– and heat–tolerant, improving chances of success. A robust and affordable crop, orange-fleshed sweetpotato has shown to be a powerful tool for improving the food and nutrition security of vulnerable populations.

To accelerate the delivery of improved varieties to farmers and consumers, CIP and partners have applied an integrated agriculture-marketing-nutrition approach, combining demand and supply side innovations, including key technologies to manage seed quality and nutrition, with marketing partnerships and food processing for diversified use.

One of the most effective approaches is known as the “Triple-S” approach, a climate-smart method for storing sweetpotatoes during the dry months and using them to produce vines for planting when seasonal rains resume, plus support for government agencies to establish cost-efficient production of virus-free planting material.

The distribution of planting material for locally adapted varieties has been combined with gender–responsive agronomic training and nutrition education, resulting in widespread adoption and consumption of orange-fleshed sweetpotato, and raising awareness among millions of caregivers of the importance of diversified diets for nutrition.

Promotional campaigns, cooking classes and the growing use of sweetpotato in processed food products have increased consumption of the crop, as well as demand and market value, motivating more farmers to grow it.  The dissemination of planting material and training has been linked to government maternal and infant health programs and schools, enhancing uptake families at risk of vitamin A deficiency.

To date, more than 6.8 million households in Africa and South Asia are now growing and eating vitamin-A-rich, orange-fleshed sweetpotato. In 2016, three CGIAR researchers at CIP were awarded a World Food Prize in recognition of the global impact of their innovation.

Since 2014, biofortified sweetpotato puree has been increasingly used as an ingredient in the commercial bakery sectors of Ethiopia, Ghana, Kenya, Malawi, Mozambique, Rwanda, and South Africa. Nutritional and functional attributes of puree make it a valuable and cost-effective technology, resulting in an expanding supply of ‘sweetpotato bread’ and other healthy food choices in mainstream markets. Kenya’s two largest supermarket chains now use puree to make sweetpotato buns and bread, with annual sales exceeding $1 million. Studies estimate that potential demand in Kenya and South Africa for puree as an ingredient in bread products amounts to $5 million annually. 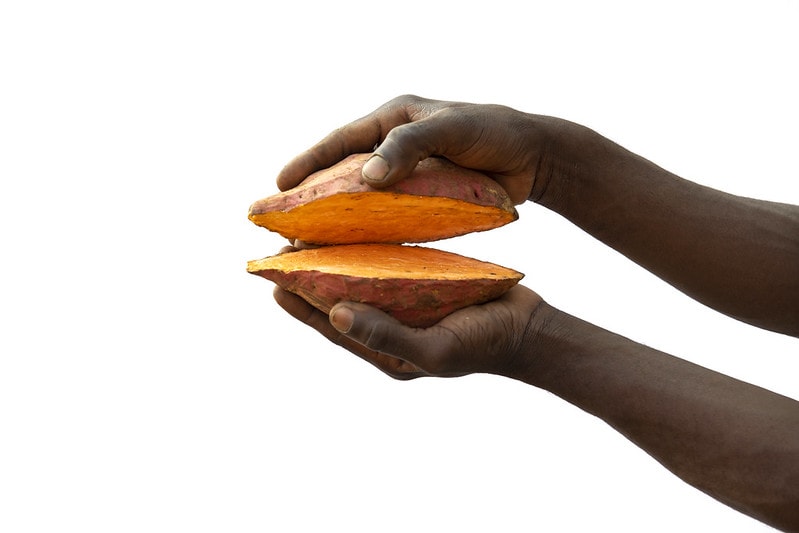 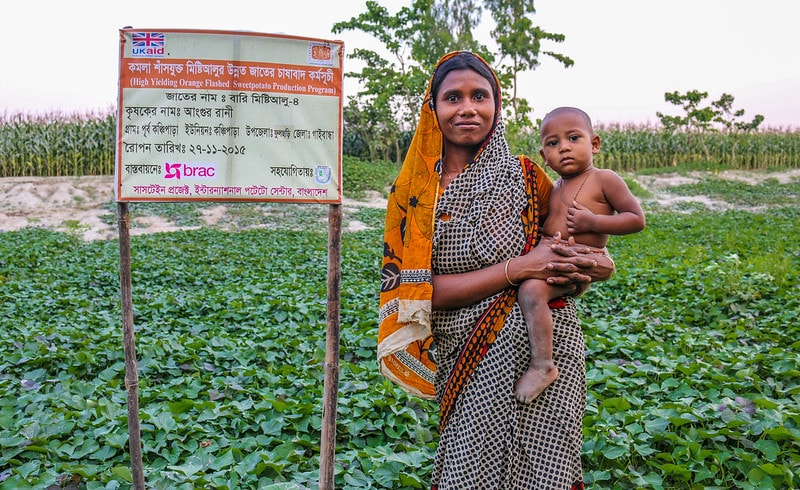 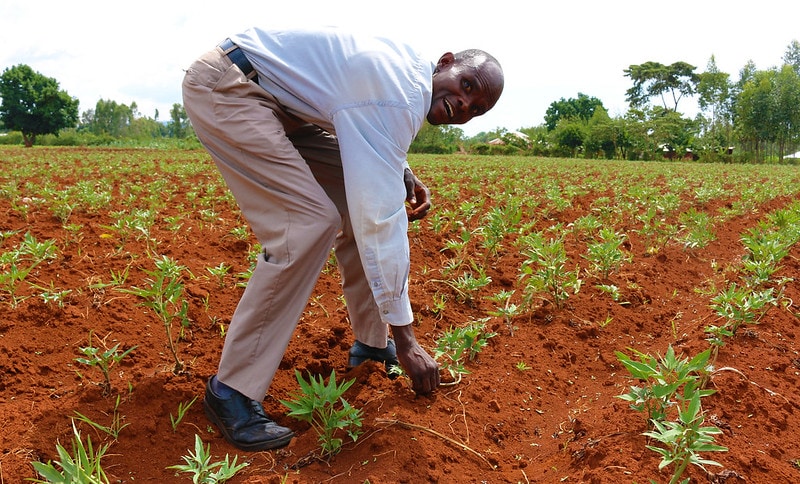 Blog: Better incomes and health through orange-fleshed sweetpotato in Kenya 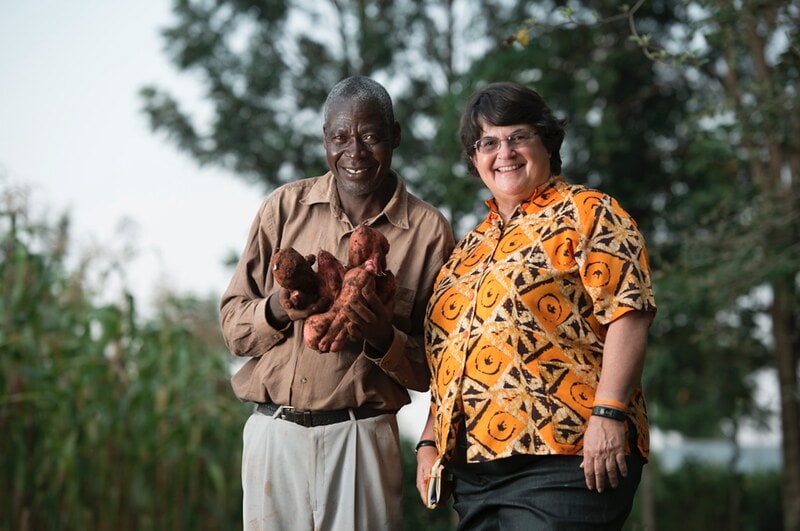 Report: Use of Orange-fleshed Sweetpotato Purée in Bread Boosts Demand for the Crop