Growing confidence in the maize business 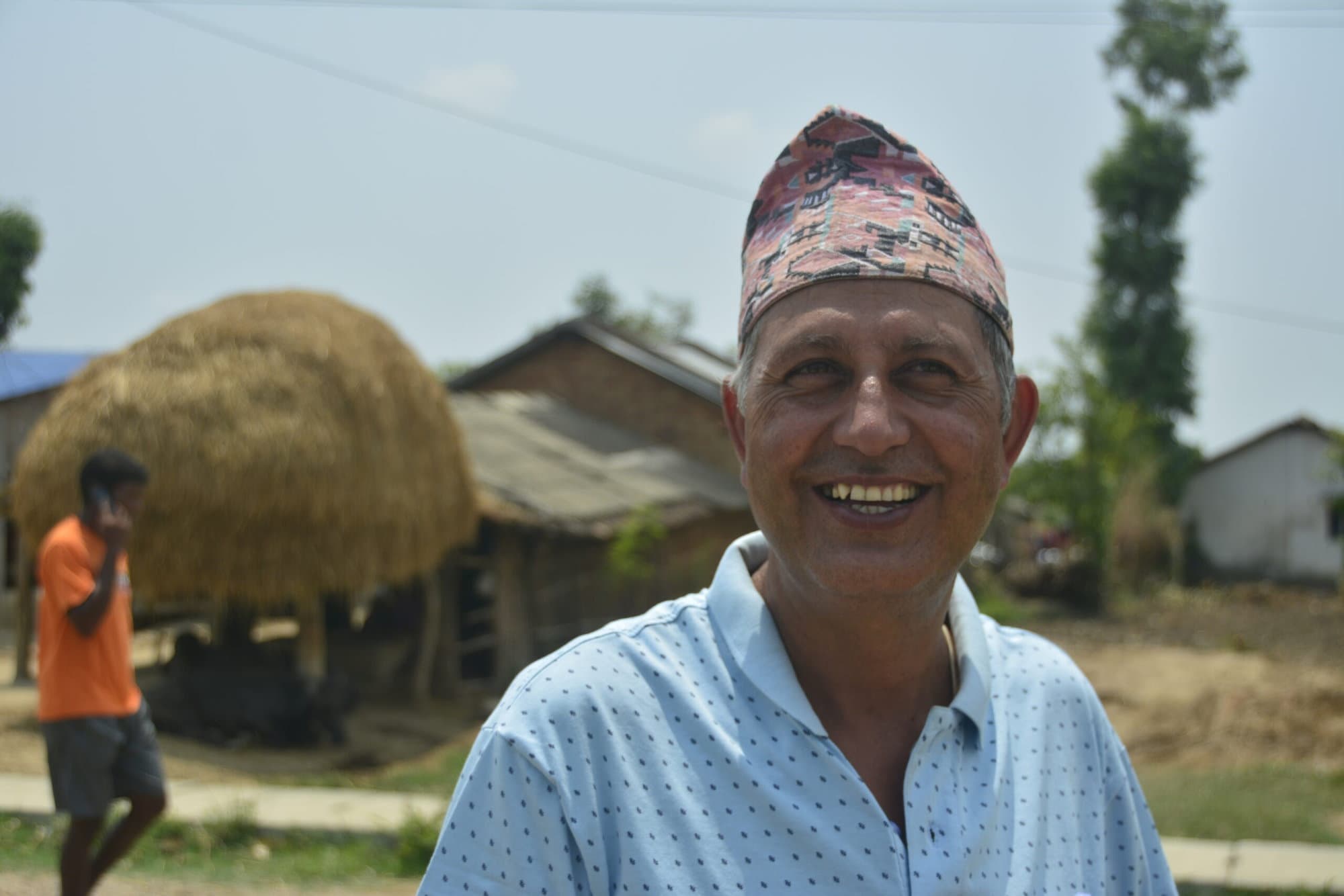 Him Lal Neupane has been in the business of agriculture for more than a decade. His company Annupurna Suppliers, in Banke District, Nepal, trades in agri products and has an annual turnover of around $626,000, up from $195,000 eight years ago.

Recently, Neupane has been heavily investing in maize. He says involvement from the International Maize and Wheat Improvement Center (CIMMYT) in market strengthening has given him the confidence to go big on the crop. He encountered CIMMYT through the meetings led by the organization in the district, as part of its Nepal Seed and Fertilizer (NSAF) project. In the meetings, he was able to hear perspectives on maize production from leading market experts, as well as government officials. Getting direct access to high level government representatives and agricultural scientists was incredibly fruitful and raised his confidence to invest in maize. He also got to air his own grievances about the industry and learn more from other farmers.

“I learnt that the project was invested in training farmers to produce better quality maize,” said Neupane. “If we get quality products from farmers, I immediately deduced that there is a great chance that the product will keep doing well in the market.”

In 2022, Neupane bought a truck and has been constructing a massive storage facility that can store up to 4 million kilograms of produce. He has plans for proper grading and drying of maize in the facility to sell to industrial buyers.

The majority maize in Nepal is used as feed for the poultry industry, so there is high value for the crop in the market. “Since Nepal is a big consumer of poultry products and will remain so, it is inevitable that locally produced maize will sell,” explained Neupane.

Neupane went into agriculture because he could not secure employment after completing higher education. He grew up learning and practicing farming, so he understood farmers’ plights and wanted to start a company that would improve their lives. He also wants to grow the industry to curb the country’s maize import dependence, which has been affected by recent disruptions like the Ukraine conflict and the pandemic. Annually, Nepal imports around $120 million worth of maize, which depletes the country’s foreign currency reserves.

CIMMYT’s efforts in developing the maize market through value chain coordination and private public partnerships intend to help stakeholders at every level of the industry, from farmers to suppliers like Neupane, whose company’s growth represents a strong reinforcement of confidence in domestic maize production.