Getting to win-win: Can people and nature flourish on an increasingly cultivated planet? 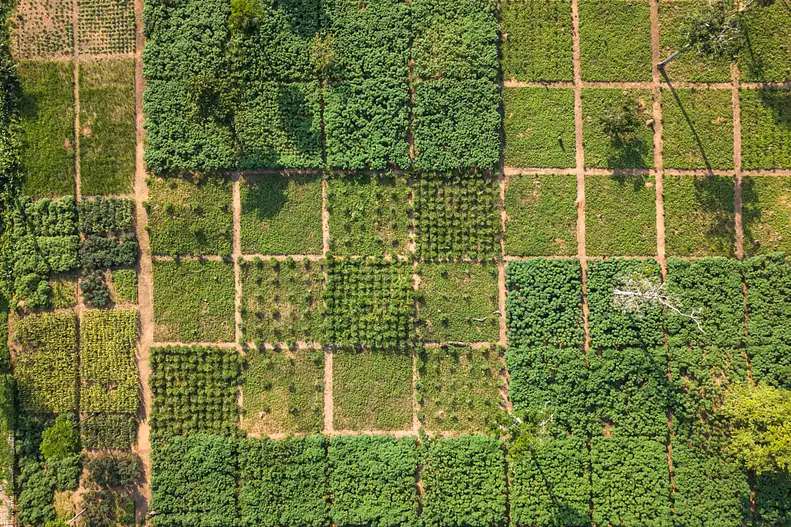 Our planet is facing a massive biodiversity crisis. Deeply entwined with our concurrent climate crisis, this crisis may well constitute the sixth mass extinction in Earth’s history. Increasing agricultural production, whether by intensification of extensification, is a major driver of biodiversity loss. Beyond humanity’s moral obligation to not drive other species to extinction, biodiversity loss is also associated with the erosion of critical processes that maintain the Earth system in the only state that can support life as we know it. It is also associated with the emergence of novel, zoonotic pathogens like the SARS-CoV-2 virus that is responsible for the current COVID-19 global pandemic.

Conservation ecologists have proposed two solutions to this challenge: sparing or sharing land. The former implies practicing a highly intensive form of agriculture on a smaller land area, thereby “sparing” a greater proportion of land for biodiversity. The latter implies a multifunctional approach that boosts the density of wild flora and fauna on agricultural land. Both have their weaknesses though: sparing often leads to agrochemical pollution of adjacent ecosystems, while sharing implies using more land for any production target.

In an article in Biological Conservation, agricultural scientists at the International Maize and Wheat Improvement Center (CIMMYT), argue that, while both land sharing and sparing are part of the solution, the current debate is too focused on trade-offs and tends to use crop yield as the sole metric of agricultural performance. By overlooking potential synergies between agriculture and biodiversity and ignoring metrics that may matter more to farmers than yield —for example, income, labor productivity, or resilience — the authors argue that the two approaches have had limited impact on the adoption by farmers of practices with proven benefits on both biodiversity and agricultural production.

Beyond the zero-sum game

At the heart of the debate around land sparing versus land sharing is a common assumption: there is a zero-sum relationship between wild species density and agricultural productivity per unit of land. Hence, the answer to the challenge of balancing biodiversity conservation with feeding a growing human population appears to entail some unpalatable trade-offs, no matter which side of the debate you side with. As the debate has largely been driven by conservation ecologists, proposed solutions often approach conserving biodiversity in ways that offer limited benefits, and often losses, to farmers.

On the land sparing side, the vision is to carve up rural landscapes almost as a planner would zone urban space: some areas would be zoned for highly intensive forms of agricultural production, largely devoid of wild species, while others would be zoned as biodiversity-rich areas. As the authors point out, however, such a strictly segregated view of land use is challenged by the natural migratory patterns of species, their need for diverse types of ecosystems over the course of the seasons or their lifecycles, and the high risk of pollution associated with intensive agriculture, such as run-off and leaching of agrochemicals, and pesticide drift.

This view, the article argues, overlooks the synergies between agriculture and biodiversity. Not only can biodiversity support agriculture through ecosystem services, but farmlands also support many species. For example, the patchiness created in the landscape by swidden agriculture or by grazing livestock supports more biodiversity than closed-canopy ecosystems, benefiting open-habitat species in particular. And except for rare forms of “controlled environment agriculture” such as hydroponics, all agricultural systems depend on the ecosystem services rendered by a multitude of organisms, from soil fertility maintenance to pollination and pest control.

“Agriculture is about flexibility and pragmatism,” said Frédéric Baudron, a system agronomist at CIMMYT and the lead author of the study. “Farmers need to be presented with a wider basket of solutions than the dichotomy of high-yielding and polluting agriculture versus low-input and low-yielding agriculture offered by land sharing/sparing. Virtually all production systems require both external inputs and ecosystem services. In addition, agricultural scientists have developed a variety of solutions, such as precision agriculture, to minimize the risk of pollution when using external inputs, and push-pull technology to harness ecosystem services for tangible productivity gains.

Similarly, an exclusive focus on yield as a measure of agricultural performance obscures ways in which greater biodiversity on agricultural land can support farmers’ livelihoods and economic wellbeing. The authors show, for example, that simplified landscapes in southern Ethiopia tend to have higher crop productivity. But more diverse landscape in the same area, while hosting more biodiversity, produce more fuelwood, support a higher livestock productivity, provide a greater dietary diversity, and are more resilient to environmental stresses and external economic shocks, all of which being highly valued by local people.

The land sharing versus sparing debate deserves enormous credit for bringing attention to the role of agriculture in biodiversity loss and for pushing the scientific community and policymakers to address the problem and think about how to balance agriculture and conservation. As the authors of this paper show, as researchers from a more diverse range of scientific disciplines join the debate, there is tremendous potential to move the conversation from a vision that pits agriculture against biodiversity and towards solutions that highlight the potential synergies between these activities.

“It is our hope that this paper will stimulate other agricultural scientists to contribute to the debate on how to feed a growing population while safeguarding biodiversity. This is possibly one of the biggest challenges of our rapidly changing agri-food systems. But we have the technologies and the analytics to face this challenge,” Baudron said.