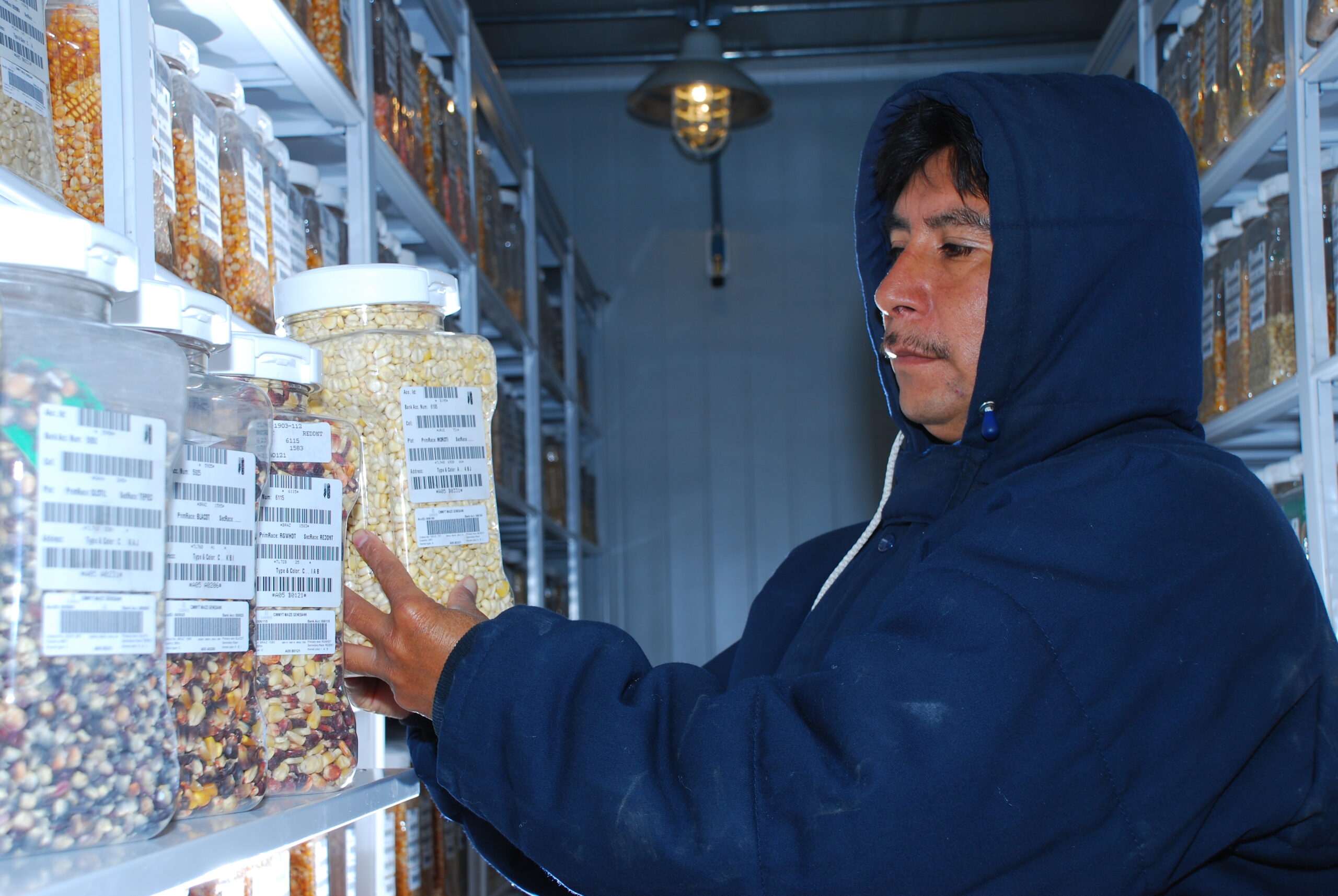 COP27, the UN Climate Change Conference for 2022, took place this year in Sharm El-Sheikh, Egypt, between November 6-18. Scientists and researchers from the International Maize and Wheat Improvement Center (CIMMYT) represented the organization at a wide range of events, covering gender, genebanks, soil health, and digital innovations.

In an ICC panel discussion on Addressing Food Security through a Gender-Sensitive Lens on November 7, Director General Bram Govaerts presented on CIMMYT’s systems approach to address gender gaps in agriculture. This event formed part of the ICC Make Climate Action Everyone’s Business Forum, which aimed to bring together experts to determine solutions to the planet’s biggest environmental challenges.

Govaerts highlighted the importance of extension and training services targeting female farmers, particularly those delivered by women communicators. This can be achieved through training female leaders in communities, which encourages other women to adopt agricultural innovations. He also emphasized the obstacles to global food security caused by conflict, climate change, COVID-19, and the cost-of-living crisis, which will in turn create more challenges for women in agriculture.

The role of CGIAR genebanks in a climate crisis

Hearne explained that the development of current and future varieties is dependent upon breeders sourcing and repackaging native genetic variation in high value combinations. The CGIAR network of germplasm banks holds vast collections of crops that are important for global food and feed supplies. Among the diversity in these collections is currently unexplored and unused native variation for climate adaptation.

Through strong partnerships, multi-disciplinary activities, and the harnessing of diverse skillsets in different areas of applied research and development work, the sprint will help to identify genetic variations of potential value for climate change adaptation and move that variation into products that breeders globally can adopt in their variety development work. Through these efforts, the sprint improves access to specific genetic variation currently sat in the vaults of germplasm banks and facilitates crop improvement programs to develop the varieties that farmers demand.

The sprint is a clear example of the shift in paradigms we are looking for, so that people in the year 2100 know we took the right decisions in 2022 for them to live in a better world, said Govaerts. He continued by emphasizing the need for the initiative to be integrated within the systems it aims to transform, and the importance of accelerating farmers’ access to seeds.

The initiative is only possible because of the existence of the genebank collections that have been conserved for humanity, and due to cross-collaboration across disciplines and sharing of data and resources.

Tek Sapkota, senior scientist, presented at Taking Agricultural Innovation to the Next Level to Tackle the Climate Crisis, the AIM4C partner reception on November 11, which gathered critical actors committed to making agriculture one of the most impactful climate solutions. Hosted on the one-year anniversary of the AIM4C launch at COP26 and on the eve of the COP27 day on adaptation and agriculture, the event was a celebration of progress made to date to address the climate crisis by 2025.

Along with 20 partners, CIMMYT submitted an AIM4C innovation sprint on climate-resilient soil fertility management by smallholders in Africa, Asia, and Latin America, which was announced at COP27 alongside other sprints.

Sapkota, who leads a project that is part of CIMMYT’s AIM4C innovation sprint submission, presented alongside the Minister of Climate Change and Environment from the United Arab Emirates, the Secretary of Agriculture for the United States, and the Regional Director for Central Asia, West Asia and North Africa at CGIAR.

In the Global South, farmers are being affected by unreliable weather patterns caused by climate change, which means they can no longer rely on their traditional knowledge. However, demand climate services can fill this vacuum, enabling meteorological agencies to produce accurate climate information, co-create digital climate services for agricultural systems, and support sustainable and inclusive business models.

Cover photo: A CIMMYT staff member at work in the maize active collection in the Wellhausen-Anderson Plant Genetic Resources Center, as featured in a session on Fast Tracking Climate Solution from Genebank Collections at COP27. (Photo: Xochiquetzal Fonseca/CIMMYT)