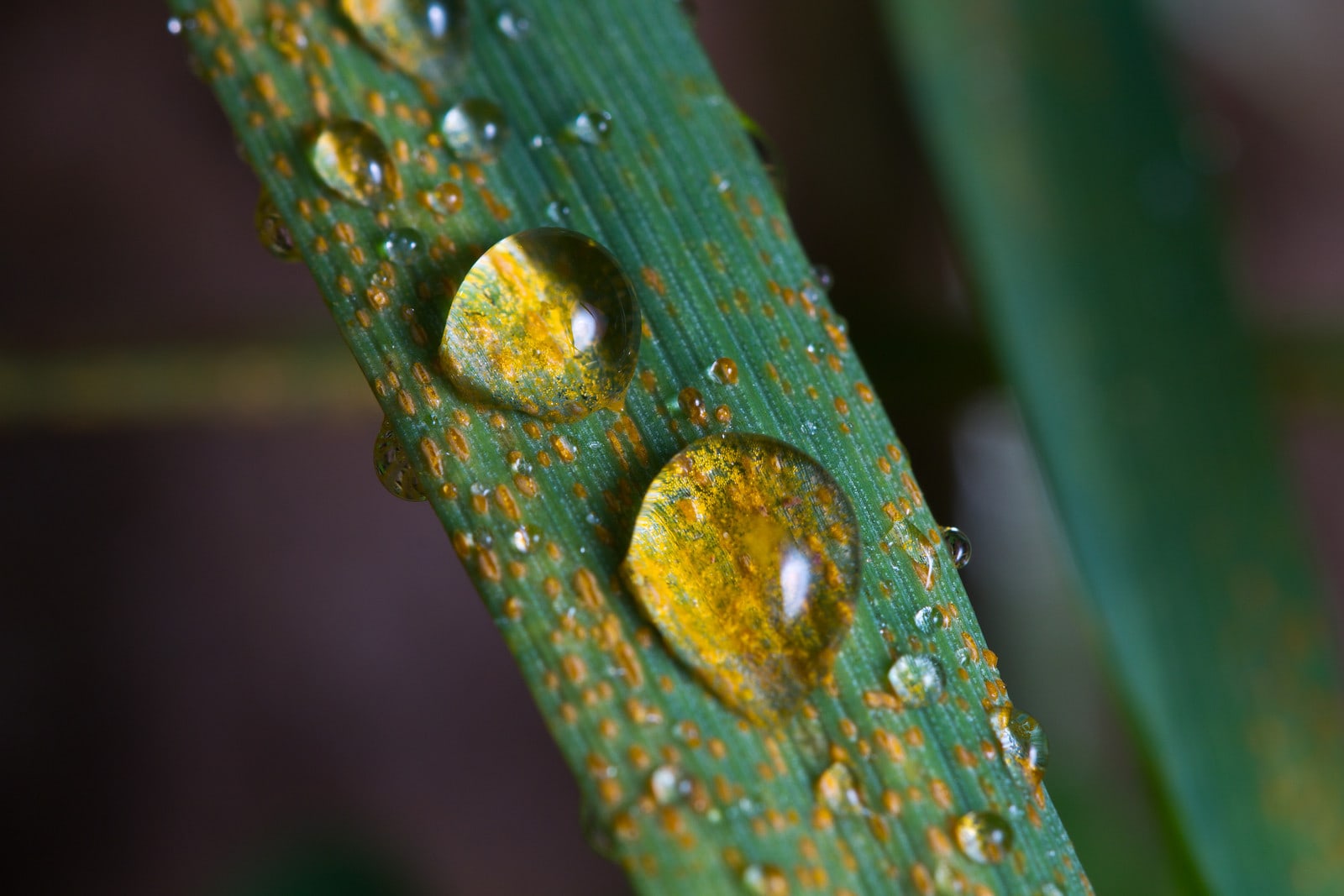 Global
Maturity Level
Adoption or impact at scale
Stage of Development
Taken up by ‘next users’
Prev. Innovation
Next Innovation
ACTIVE:
2006 to present

Wheat rust diseases have infected wheat crops since Biblical times. During the Cold War, the Soviet Union and the United States classified the wheat stem rust fungus as a “biological weapon,” and a 1974 outbreak in the US destroyed 40% of that nation’s wheat harvest.

In an effort to combat wheat rust, a network of global partnerships, led by CGIAR researchers at the International Maize and Wheat Improvement Center (CIMMYT), with long-term support from valued funding partners, created rust-resistant wheat varieties.

These varieties have averted potentially disastrous epidemics from races of the Ug99 lineage of stem rust and aggressive yellow rust races, adding 6.2 million tons annually to world wheat harvests, or an extra amount of grain worth $1.12 billion per year at 2010 prices. In contrast, the cost of the estimated losses from infected crops worldwide without the improved varieties would have been on the order of several billion dollars, not to mention the price of food insecurity for hundreds of millions of low-income wheat consumers.

Rust resistant varieties have added 6.2 million tons annually to world wheat harvests, or an extra amount of grain worth $1.12 billion per year

With wheat lines and assistance from the CGIAR-led global collaboration, partners in more than 20 countries have rapidly multiplied and spread the seeds of around 40 new productive, rust–resistant varieties each year. This work has allowed farmers to replace older, susceptible varieties and reduce their use of environmentally and economically costly fungicides.

CGIAR and its partners continue their fight against wheat rust with constant innovation, such as the recent genome-wide mapping and allelic fingerprinting effort. These new features promise to improve the speed and accuracy of rust–resistance breeding in the future.

In addition to creating and distributing new varieties, the partnership has organized and conducted global monitoring and surveillance to track the evolution and migration of rust fungi, and has established and supported international rust screening platforms led by national programs in “hot-spot” locations to identify resistant varieties. Since the partnership started holding training sessions for early career scientists over a decade ago, more than 200 scientists from around the world have been trained in wheat rust disease diagnosis and management techniques, as well as innovative wheat breeding practices.

Header photo: Stripe rust (also known as yellow rust) on wheat with droplets of rain. Photo by A. Yaqub/CIMMYT. 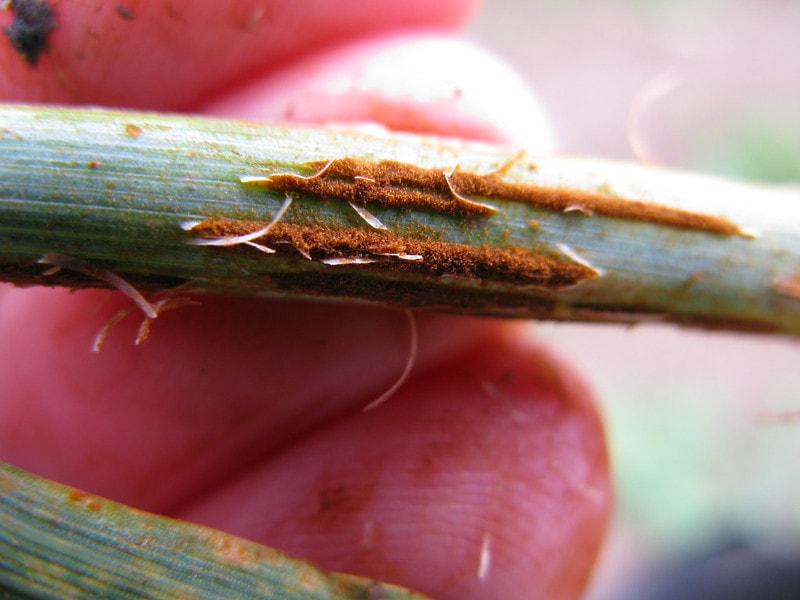 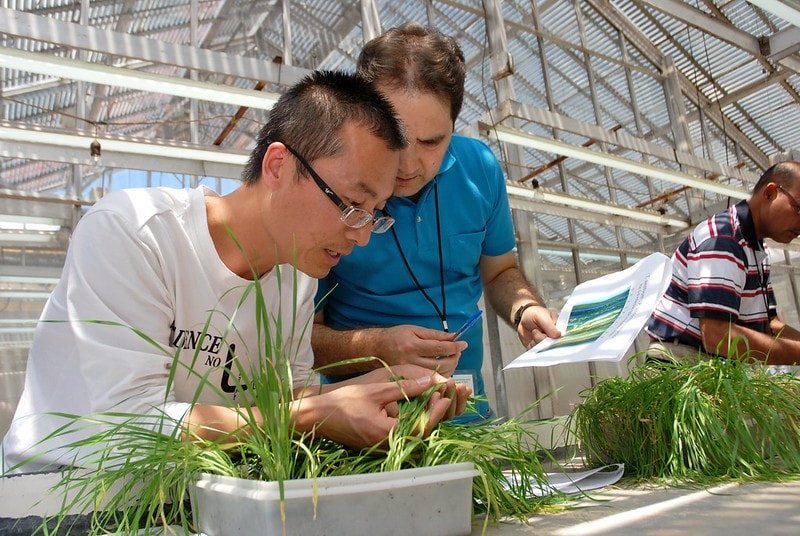 Publication: Genome-wide mapping and allelic fingerprinting provide insights into the genetics of resistance to wheat stripe rust in India, Kenya and Mexico 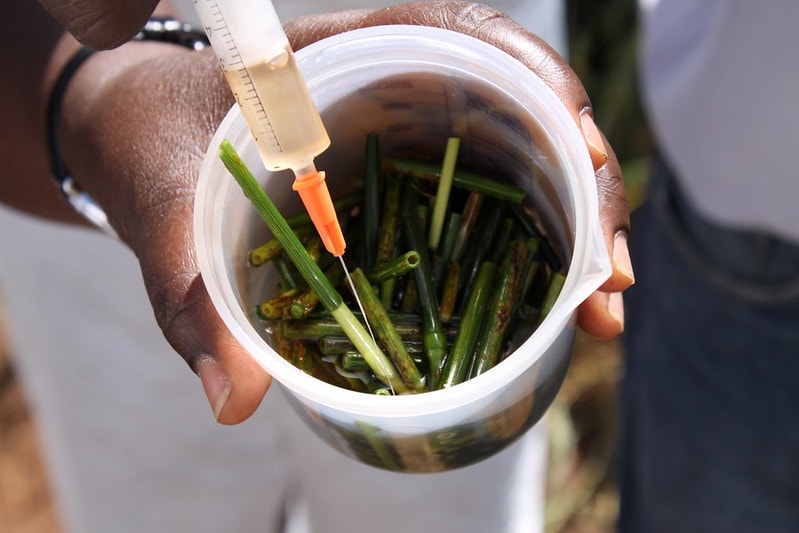 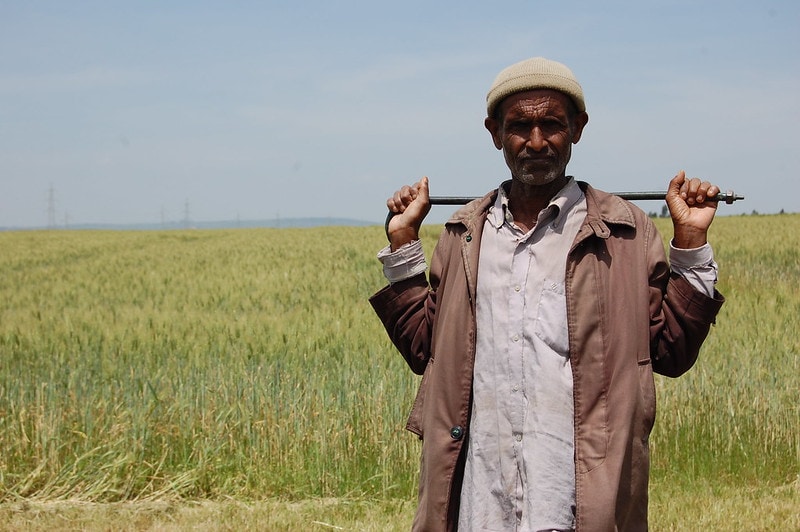