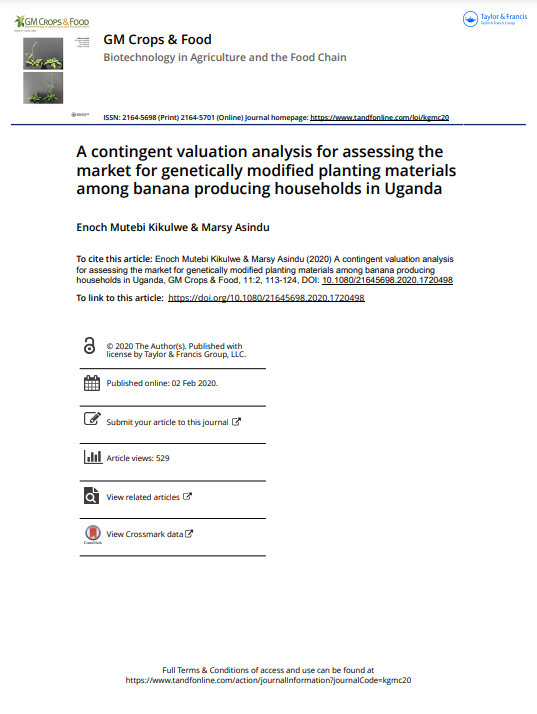 Banana is an important livelihood source for more than 12 million smallholder farmers in Uganda. Despite this contribution, its productivity continues to decline due to Banana Xanthomonas wilt (BXW). Cultural practices have been deployed to effectively control BXW but require a continuous and timely application, thus, prompting scientists to develop genetically modified (GM) bananas which display BXW resistance or tolerance.

With prospects for commercialization of these GM bananas on the agenda, this paper applied a Contingent Valuation Method to assess producer acceptance of GM banana suckers among 233 banana producing households. Results show that producers were willing to pay between Ugandan shillings (UGX) 1100 to 1700 (US$0.28–0.44) per GM banana sucker Annual demand for GM banana suckers ranged from 70 to 82 million suckers. The results suggest that, in the event of not commercializing BXW-resistant GM bananas, Uganda loses an annual revenue ranging from UGX 76 to 139 billion (US$ 19.51 to 35.70 million).