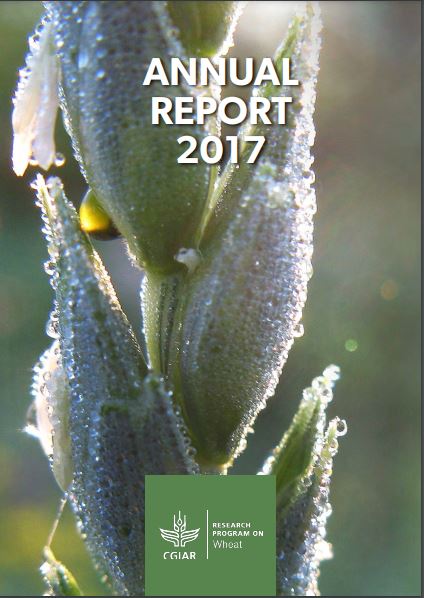 In 2017, national research agencies in 19 countries released 63 new wheat varieties, derived all or in part from the research of CIMMYT and its principal WHEAT partner, the International Center for Agricultural Reasearch in the Dry Areas (ICARDA). In response to Ethiopia’s worst drought in 50 years and a critical shortage of maize and wheat seed, Ethiopian organizations, seed producers, and CIMMYT delivered over 3,400 tons of high-quality seed that farmers planted on 100,300 hectares, benefiting 1.6 million people. Bangladesh released a high-yielding, micronutrient-enhanced wheat variety that resists wheat blast, a fungal disease from the Americas that now threatens some 7 million hectares of wheat land in South Asia. Researchers from ICARDA received the 2017 Olam Prize for Innovation in Food Security, in recognition of heat tolerant durum wheat varieties they developed for Africa’s Senegal River Basin. The wheat-related report of a major gender study showed that seed of improved wheat varieties figured among the innovations most valued by women and men farmers. A zinc-enhanced wheat variety released in Pakistan is spreading among farmers, who like its good yields, health benefits, and delicious taste. It is one of six zinc-enhanced varieties released in South Asia and stems from research to biofortify wheat and thus benefit the poor who cannot afford dietary supplements or cannot access sufficiently diverse foods. Of course, breeding alone cannot address the need for sustainable crop productivity. A historical overview of WHEAT and predecessors’ research and promotion of conservation agriculture in the Indo-Gangetic Plains of India concluded that much greater adoption in the region’s rice-wheat cropping systems is possible, if key constraints are tackled. With gracious permission from AACC International, in 2017 CIMMYT published “The wheat and nutrition series: A compilation of studies on wheat and health,” part of a larger, multi-year science-based campaign about wheat-based foods that are nutritious and healthy. Thank you for taking time to read this Annual Report. Your continued support and participation are crucial and greatly appreciated.