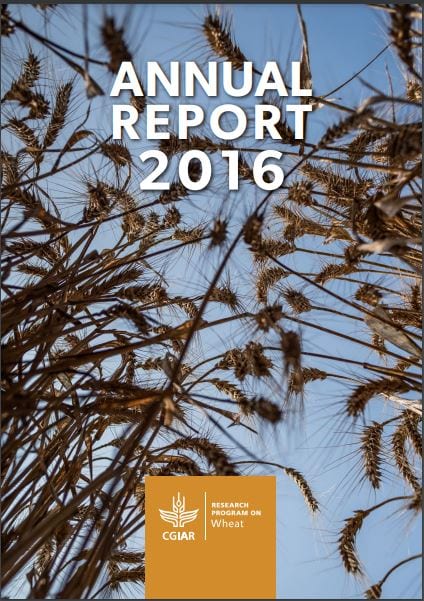 Reports of high global wheat grain stocks abounded in 2016, partly due to the long-term impacts of research programs such as WHEAT. In general, public and private agricultural research for development can claim significant credit for there being 200 million fewer undernourished people than in 1990, even as world population has risen dramatically. Wheat grain stocks, though, are not freely or equitably available and grain markets are remarkably fragile. Extreme weather and perverse trade dynamics have destabilized wheat markets three times since 2000, causing great harm to the poor who spend large amounts of their income on food. Wheat consuming countries in sub-Saharan Africa spend as much as $12 billion each year on imports to satisfy the region’s growing demand for the crop and China alone holds more than half of the world’s wheat grain stocks. At the same time, with rising temperatures, more intense cropping, global travel and grain trade, wheat farmers worldwide are facing the emergence and spread of new or modified strains of deadly crop diseases. One example is wheat blast, a little understood fungal disease first identified in Brazil in 1985 and constrained to South America for decades. In 2016, blast appeared suddenly and blighted wheat crops in southwestern Bangladesh. From there it threatens to spread quickly throughout South Asia’s vast wheat lands. WHEAT partners are at the front line, applying science to maintain a continuous flow of high-yielding, disease resistant, climate resilient wheat lines to national breeding programs. The challenge for WHEAT is no less than to raise the crop’s productivity and production and to keep wheat affordable for today’s 2.5 billion resource-poor consumers in 89 countries, as well as satisfying rising demand as world population surpasses 9 billion around mid-century. Following a successful initial period of 2011- 16, WHEAT has received CGIAR and donor approval for an additional phase. We are grateful for this endorsement and funding, as for your continued comments and support.