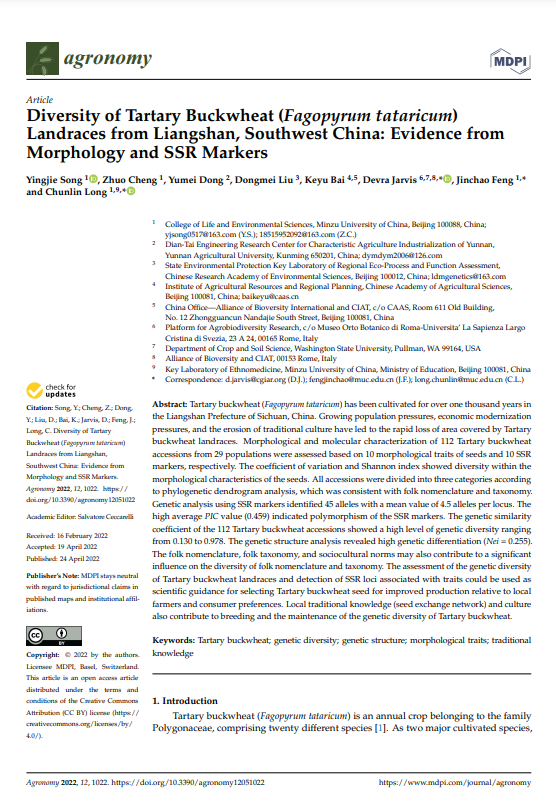 The coefficient of variation and Shannon index showed diversity within the morphological characteristics of the seeds. All accessions were divided into three categories according to phylogenetic dendrogram analysis, which was consistent with folk nomenclature and taxonomy. Genetic analysis using SSR markers identified 45 alleles with a mean value of 4.5 alleles per locus. The high average PIC value (0.459) indicated polymorphism of the SSR markers. The genetic similarity coefficient of the 112 Tartary buckwheat accessions showed a high level of genetic diversity ranging from 0.130 to 0.978. The genetic structure analysis revealed high genetic differentiation (Nei = 0.255). The folk nomenclature, folk taxonomy, and sociocultural norms may also contribute to a significant influence on the diversity of folk nomenclature and taxonomy.