Sumberjaya from conflict to source of wealth 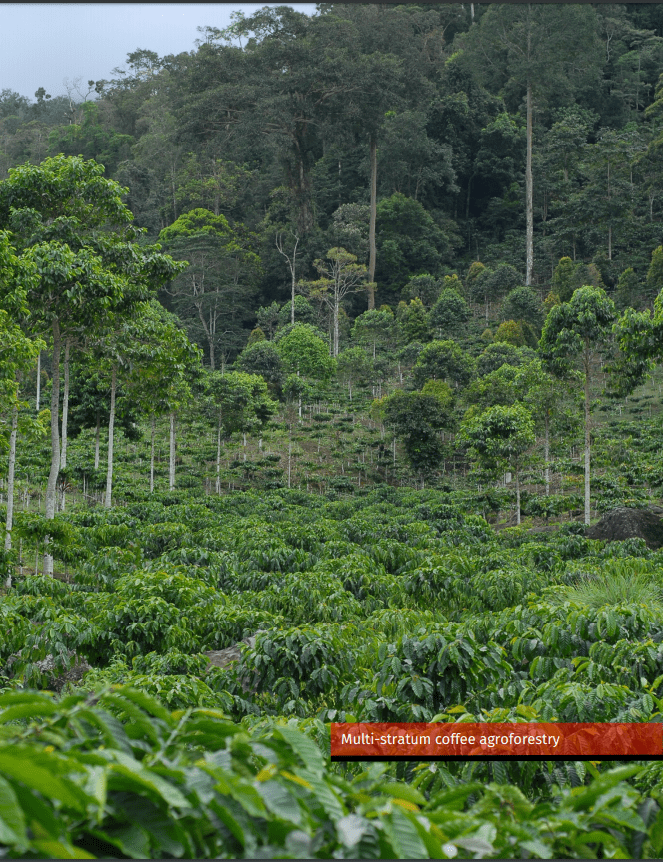 Setting the scene: a 40,000 ha area, home to 100,000 people, with coffee (robusta) production as primary source of income, living in a huge old crater, with consequences for spatial variability of soil properties from various eruptions and lava flows. Adjacent to the Bukit Barisan mountain range that runs along the length of Sumatra island (Indonesia), the Way Besai river feeds one of Lampungâs main rivers. Coffee farming expanded here from start of 20âth century, but a large influx from Java (government sponsored + spontaneous migrants) led to a densely populated landscape. The river became the catchment for a hydroelectrical power plant, developed in the early 1990âs. This started the âissueâ that dominated the landscape from that time: evictions of coffee farmers from a âprotection forestâ part of the landscape, motivated by concerns over water quantity and sediment load.