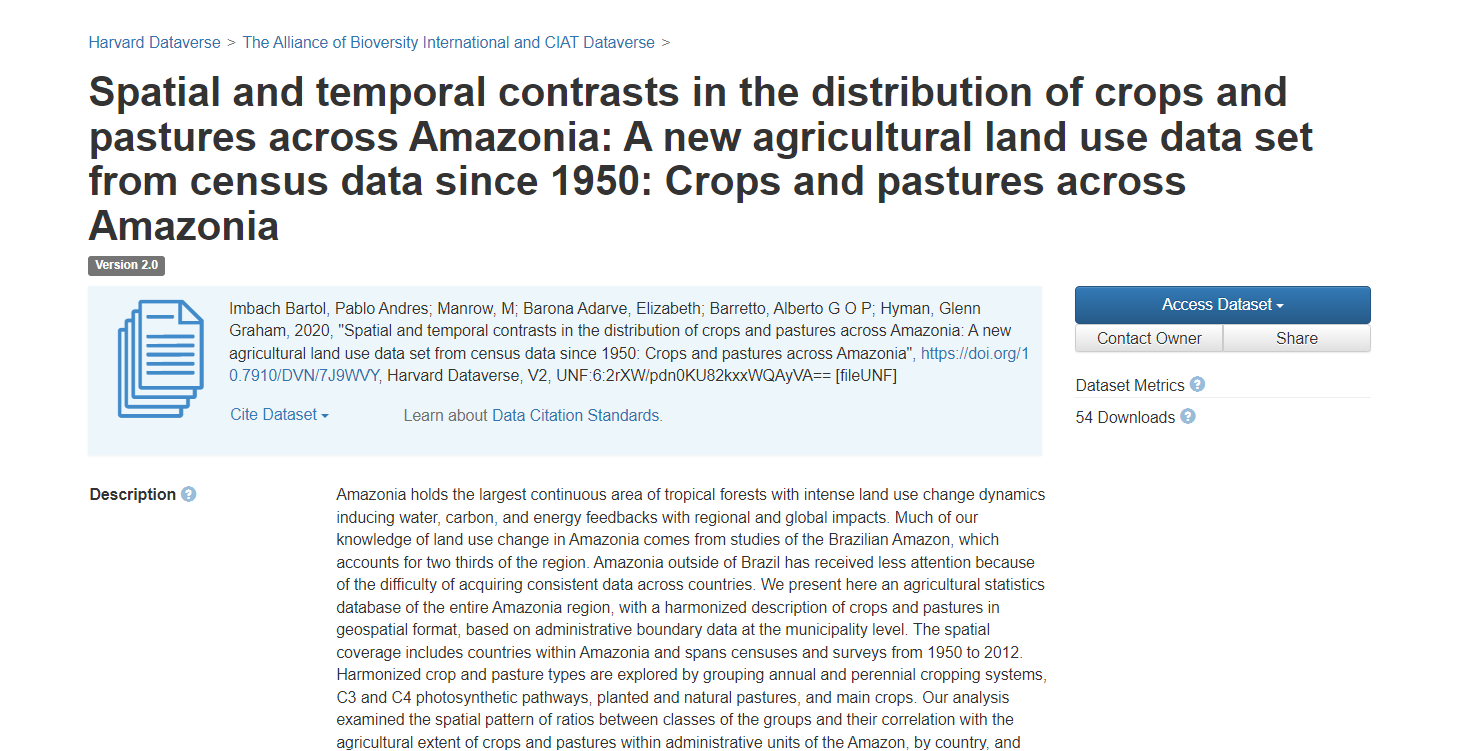 Amazonia holds the largest continuous area of tropical forests with intense land use change dynamics inducing water, carbon, and energy feedbacks with regional and global impacts. Much of our knowledge of land use change in Amazonia comes from studies of the Brazilian Amazon, which accounts for two thirds of the region. Amazonia outside of Brazil has received less attention because of the difﬁculty of acquiring consistent data across countries.

We present here an agricultural statistics database of the entire Amazonia region, with a harmonized description of crops and pastures in geospatial format, based on administrative boundary data at the municipality level. The spatial coverage includes countries within Amazonia and spans censuses and surveys from 1950 to 2012. Harmonized crop and pasture types are explored by grouping annual and perennial cropping systems, C3 and C4 photosynthetic pathways, planted and natural pastures, and main crops. Our analysis examined the spatial pattern of ratios between classes of the groups and their correlation with the agricultural extent of crops and pastures within administrative units of the Amazon, by country, and census/survey dates.

Signiﬁcant correlations were found between all ratios and the fraction of agricultural lands of each administrative unit, with the exception of planted to natural pastures ratio and pasture lands extent. Brazil and Peru in most cases have signiﬁcant correlations for all ratios analyzed even for speciﬁc census and survey dates. Results suggested improvements, and potential applications of the database for carbon, water, climate, and land use change studies are discussed. The database presented here provides an Amazon-wide improved data set on agricultural dynamics with expanded temporal and spatial coverage (2020-11).