Soilborne nematodes and fungal pathogens of cereals: Advances in management 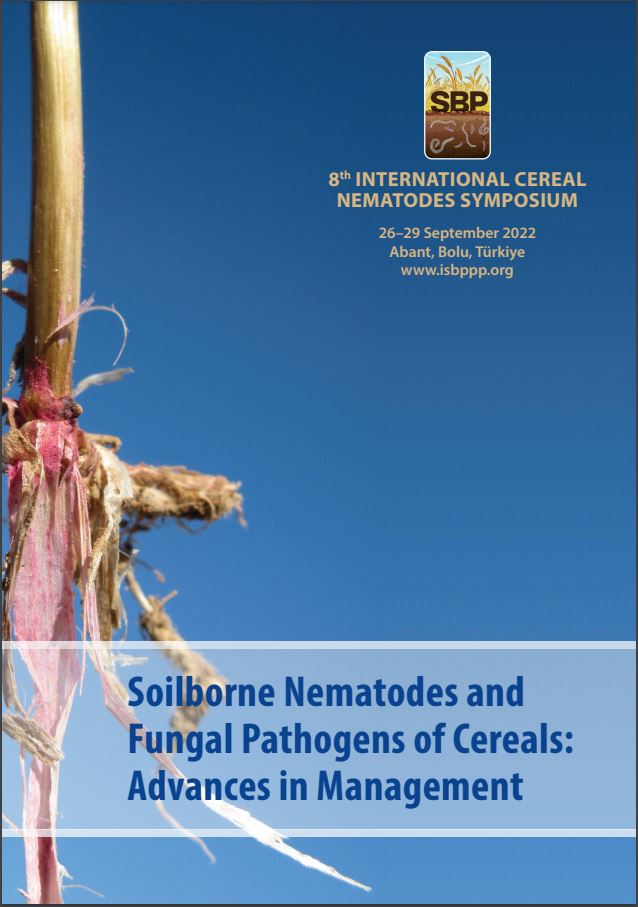 The International Cereal Nematodes Symposium (ICNS) is an extension to the International Cereal Nematode Initiative (ICNI) that was established in 2006. It aims to create a critical mass of scientific capacity and skills to deliver sustainable solutions by working at both the practical and theoretical level. It was initially founded as the International Cereal Cyst Nematode Initiative (ICCNI) and later expanded to include all-important genera of cereal nematodes (CN). Cereal nematodes including both the Cereal Cyst Nematodes (Heterodera spp.; CCNs) and the Root Lesion Nematodes (Pratylenchus spp.; RLNs) are acknowledged as a global economic problem on wheat production systems in developing as well as in developed countries. During the last 20 years research has been undertaken by a large network of groups including: 1) the ICWIP (ICARDA CIMMYT Wheat Improvement Program) which relates to wheat improvement research in Central Asia, West Asia and North Africa, 2) CIMMYT and the Turkish Ministry of Agriculture and Forestry in collaboration with ICARDA, and 3) our National Program partners from developing countries and several research institutions in Australia and Europe. The objectives of these groups have been to: 1. Understand the importance and distribution of CCNs and RLNs, which are widespread in wheat production systems throughout West Asia, North Africa, parts of Central Asia, Northern India and China. 2. Investigate potential control options with a major emphasis on host resistance, through validation and integration of resistant sources (traditional and molecular) into wheat germplasm for global wheat production systems (particularly focused on rainfed or supplementary irrigation systems). Rotation has been partially explored. 3. Provide training for scientists from developing countries. The 1st ICCNI was held in Antalya, Türkiye and proceedings can be downloaded from the following website: http://www.spipm.cgiar.org/reports. The 2nd workshop was held in Vienna, Austria and the 3rd workshop was held in Adana, Türkiye. The 4th workshop was held in Beijing, China. The 5th workshop in Ankara Türkiye and the proceeding can be downloaded from the following website: https://www.fao.org/3/i4934e/i4934e.pdf. The 6th Symposium was held in Agadir, Morocco and the 7th Symposium was held in New Delhi, India. Those workshops were very successful in identifying the global status of the problem of cereal nematodes and forming networks and partnerships to continue working on these problems. Because of the significant interactions between nematodes and soil borne fungal pathogens of cereals in farmers’ fields, this nematode Symposium held in Türkiye included a very specialized session on fungal soil borne diseases. At the end of the meeting, the organizing committee met and explored ideas of changing the symposium name into the International Symposium of Cereal Soil Borne Pathogens (1st ISCSBP) to take place every 3 years. This Symposium will bring together researchers tasked with developing solutions to manage intractable soil borne pathogens of cereals for which there are currently limited on farm management solutions.